South Australia's Education Minister has apologised to the father of a teenage girl who was bashed by another student at an Eyre Peninsula high school.

The 16-year-old victim was repeatedly kicked, including in the head, in an attack that was recorded on a mobile phone, with footage shared on social media.

Police were called to the school just after midday on Monday and a 15-year-old girl has since been charged over the attack.

Education Minister Blair Boyer, who yesterday met with the girl's father, today told ABC Radio Adelaide the girl was still struggling to recover from concussion and a black eye, as well as the emotional impact of the incident.

"When I saw the footage of the first incident the first thing I thought of was what if that was my girls?" he said.

"I understand that parents in South Australia would be looking at that footage and hoping and praying that something like that doesn't happen at their school."

Mr Boyer said he had apologised to the girl's family on behalf of the state's education authorities.

"I met with her father yesterday and I think it's fair to say she's not doing very well," he said.

"The father was quite frank with me about the effect it had taken. She's got physical injuries which include concussion, a black eye and a few things like that, that she will, thankfully, eventually recover from."

Mr Boyer said he had also met with the principal and deputy principal, who "explained that they are dealing with some pretty complex behaviours there at the moment".

"They also raised with me there's an issue around a few staff vacancies which wouldn't be helping the situation at all," he said.

"Three staff vacancies even in a big school like this one is a pretty big problem. They really need those extra educators there. I have made a commitment to make sure we do what we can straight away to see if we can fill those."

Security guards not 'considered at the moment'

The accused has been granted police bail and will appear in the Youth Court in June.

Mr Boyer said adding to the victim's trauma was the fact that the video had been widely distributed on social media.

"In my time as a member of parliament I've come across some really frightening cases of bullying that's been perpetrated at schools," he said.

He said it remained Labor policy to ban mobile phones in schools.

Counselling is being offered to students and staff at the high school, but Mr Boyer said extra security was not necessarily the answer.

"There is sort of a view with putting drastic security measures in place like that in schools that you might not get the outcome you desire," he said.

"Having said that, if something like that is what the principal comes to me with, or the department suggests it might be needed, I'm happy to look at it, but it's not something that we're considering at the moment." 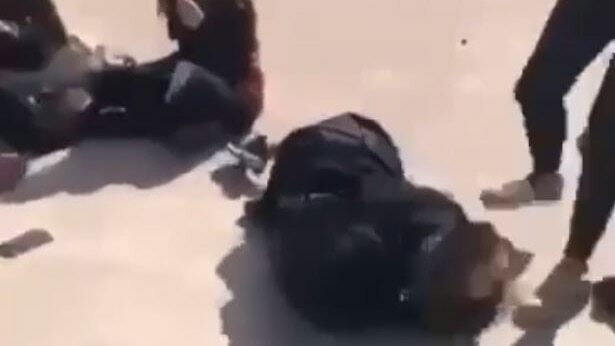 Some 36 years after he was sexually abused by one of his high school teachers, Sam Leishman was able to…