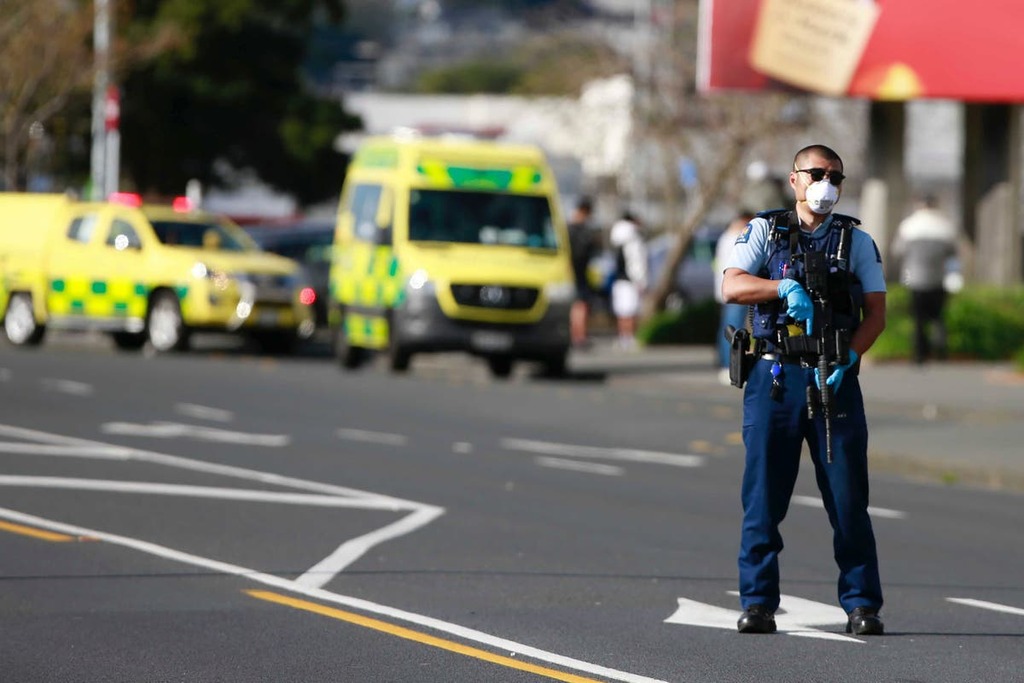 During the time an Islamic State-inspired extremist was incarcerated in New Zealand, he was moved to a maximum security prison after punching officers and repeatedly throwing feces and urine at them, corrections officials said Tuesday.

Ahamed Samsudeen, 32, was shot and killed by police Friday after he grabbed a knife at an Auckland supermarket and began stabbing shoppers, injuring seven.

Some 30 officers had been following Samsudeen around the clock for 53 days since his release from prison, worried he was primed to launch a terror attack at any moment.

Since the attack, the condition of his victims has improved each day. Police said Tuesday that two victims remain hospitalized in intensive care units while two more are in general wards, and all are now in stable condition. The other three victims are recovering at home.

Samsudeen arrived in New Zealand ten years ago from Sri Lanka on a student visa and later claimed refugee status. He was first jailed in 2017 after he tried to fly to Syria to join the Islamic State insurgency.

He was held on various charges including fraud and distributing restricted material after police found Islamic State videos and a hunting knife at his apartment. He pleaded guilty to five charges in June 2018 and was released because of the time he'd already served.

Six weeks later, he was jailed again on new charges and remained in prison until July of this year. He spent his final year in the maximum security Auckland Prison with a small number of other prisoners identified as posing “extreme risk.”

Rachel Leota, the national commissioner at the Department of Corrections, said Samsudeen would often abuse staff and there had been multiple times when he’d thrown feces and urine at them or threatened violence.

At first, Samsudeen was housed at a general prison, the Mt. Eden Corrections Facility. He was shifted to the maximum security prison after an incident in June 2020 when staff tried to move him to an exercise yard.

“He argued with staff about which yard he was going to and his behavior escalated,” Leota said. “He was directed to return to his cell and he struck two officers.”

She said he later assaulted another staff member.

Leota said they identified Samsudeen as having potentially violent extremist views but he refused help. She said he did meet twice with an imam from the local Muslim community but didn't engage with him in a meaningful way.

Samsudeen was eventually released from prison in July, and moved to an Auckland mosque after a leader there agreed to take him in.

“He was a very, very difficult person to manage, and was increasingly openly hostile and abusive toward probation staff,” Leota said.

The case has highlighted shortcomings in New Zealand's counterterrorism laws, especially the difficulty in prosecuting plots. Prime Minister Jacinda Ardern has said she plans to pass new laws, which were already in the works, by the end of the month.

The case has also raised questions about why Samsudeen wasn't deported sooner after immigration officials in 2019 cancelled his refugee status on the basis he'd used fake documents. Samsudeen had been appealing a deportation ruling at the time he carried out his attack.