A hazardous weather weekend is shaping up across much of the Lower 48 states, with a potentially historic late May snowstorm cranking up across the Rockies and a heat wave hitting the East Coast.

Why it matters: More than 100 million Americans are experiencing dangerous weather conditions this weekend, as a cold front slams Colorado and southern Wyoming with heavy snow and a potentially record breaking heat wave surges toward the Northeast.

The big picture: A powerful cold front and its associated low-pressure area drove southeastward across the Rockies Friday, bringing heavy snow to parts of Wyoming and Colorado.

The heavy snow is the result of winds pushing cold, moist air up and over the higher terrain, in a phenomenon known as upsloping.

Threat level: The heavy snow falling on trees that already have their leaves could yield widespread tree damage and lasting power outages in the Denver and Boulder areas, and in some cases power may not be restored for days, according to the NWS.

Meanwhile... Across the eastern part of the country, an unusually hot weekend is in store as a heat dome that had been parked over Texas shifts eastward. Widespread record-breaking temperatures are expected across the Mid-Atlantic, Carolinas, and Ohio and Tennessee Valleys through Sunday.

[Weekend Heat] In case you haven't heard, it will be HOT this weekend. Please take extra caution if you have plans outside today such as wearing loose-fitting light clothing, exercising during the early morning or late evening hours, and staying hydrated!#mawx #riwx #ctwx pic.twitter.com/W0DvYRImtA

For most people in the East, the heat wave will be the hottest weather they will have experienced since August 2021. The first heat wave of the season can be particularly dangerous, with higher risks of heat-related illness since people are not yet accustomed to such high temperatures.

Editor's note: This story has been updated with new details throughout. 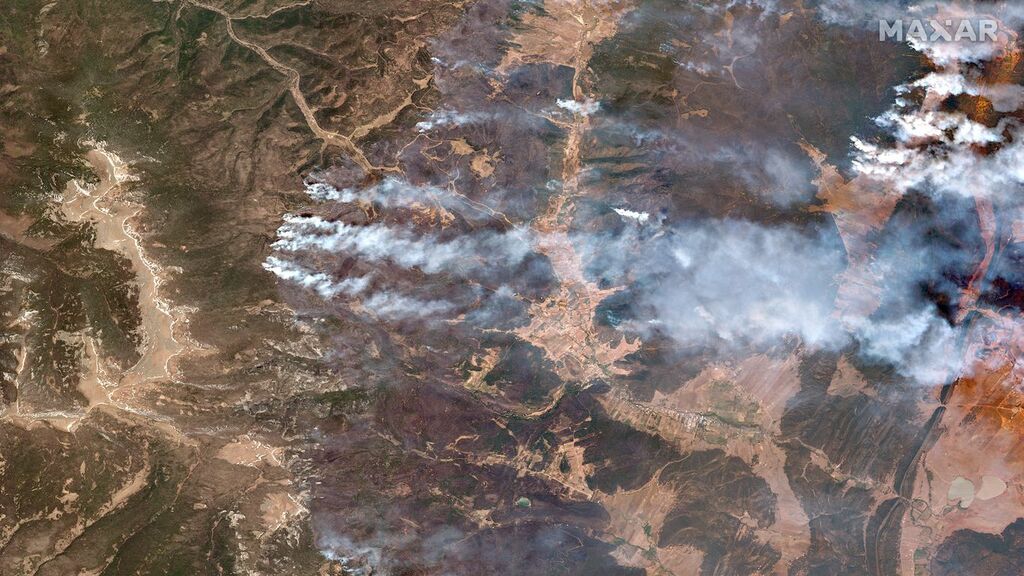 From wildfires to snow, extreme weather to take over the West, Plains
Denver may go from about 90 degrees on Thursday to 35 degrees and snow by Saturday morning.

Temperatures expected to be 20F to 30F above average for this time of year, breaking records and raising health fears

The Guardian - US
Late spring Colorado snowstorm knocks out power for 210,000

A late spring Colorado snowstorm that dumped several inches in the Denver metro area knocked out electricity for about 210,000…