By David Smith in Washington 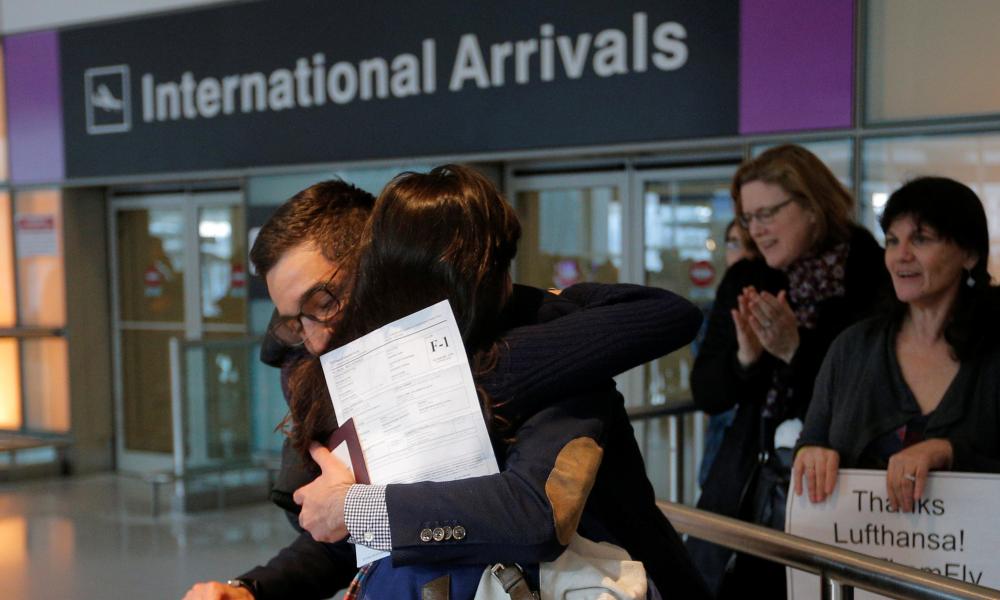 Tourists from Britain and other countries visiting the US could be forced to reveal mobile phone contacts, social media passwords and financial data under “extreme vetting” practices being considered by the Trump administration, according to the Wall Street Journal.

Travellers who want to enter the US could also face questioning over their ideology, as Washington moves away from a default position of allowing people in to a more sceptical approach to visitors.

Trump made the “extreme vetting” of foreign nationals to combat terrorism a major theme of his presidential election campaign. But his executive order imposing a travel ban on several Muslim-majority countries has twice been blocked in court. Media reports suggest it has already hurt the tourism industry.

Gene Hamilton, senior counselor to homeland security secretary John Kelly, told the Journal on Tuesday: “If there is any doubt about a person’s intentions coming to the United States, they should have to overcome – really and truly prove to our satisfaction – that they are coming for legitimate reasons.”

The changes might include visitors from the 38 countries – the UK, France, Australia and Japan among them – that participate in the visa waiver programme, which requires adherence to strict US standards in data sharing, passport control and other factors, one senior official told the Journal.

This could require people to hand over their phones so officials can study their stored contacts and possibly other information. The aim is to “figure out who you are communicating with”, a senior Department of Homeland Security official was quoted as saying. “What you can get on the average person’s phone can be invaluable.”

A second change would ask applicants for their social media handles and passwords, so that officials could see information posted privately in addition to public posts, the Journal said.

Kelly told a House homeland security committee hearing in February: “We want to say for instance, ‘What sites do you visit? And give us your passwords,’ so that we can see what they do on the internet. If they don’t want to give us that information then they don’t come.”

At the time his comments provoked a swift backlash from a coalition of dozens of human rights and civil liberties groups. They said in a joint statement: “This proposal would enable border officials to invade people’s privacy by examining years of private emails, texts, and messages.

“It would expose travelers and everyone in their social networks, including potentially millions of US citizens, to excessive, unjustified scrutiny. And it would discourage people from using online services or taking their devices with them while traveling, and would discourage travel for business, tourism and journalism.”

Related: Spouses of US immigrants on H-1B visas could lose their right to work

The US issued more than 10 million visas in 2016. According to the Journal report, the administration is also working to implement an idea for an “ideological test” for people coming to the US.

The Journal report said the DHS official working on the review said questions under consideration included whether visa applicants believe in so-called honor killings, how they view the treatment of women in society, whether they value the “sanctity of human life” and who they view as a legitimate target in a military operation.

Such a move would be sure to draw fierce criticism. Broadcaster Joy Reid tweeted on Tuesday: “This is madness.”

The New York Times reported last month that diplomatic cables sent by secretary of state Rex Tillerson to all US embassies instructed consular officials to step up security, but those rules did not apply to citizens of the 38 countries under the visa waiver programme.

The Department of Homeland Security acknowledged a request for comment but has not yet provided one.