Extravaganza to cost up to B600m 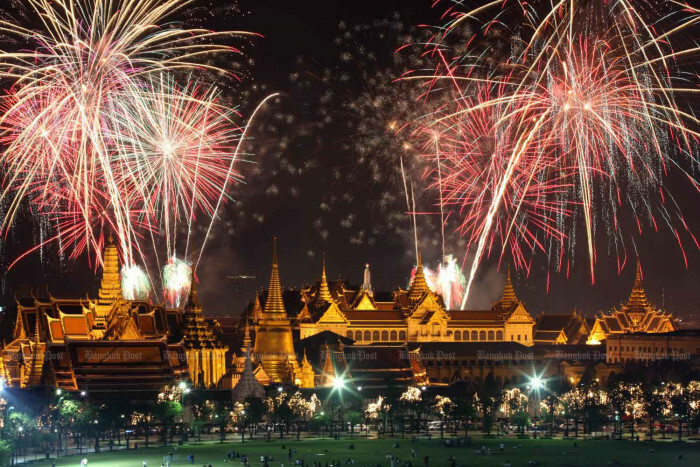 The Tourism and Sports Ministry expects to use a budget of 500-600 million baht to host twin concerts in Bangkok and Phuket after it was confirmed that two prominent artists -- 'Lisa' and Andrea Bocelli -- will perform to celebrate the country's reopening.

"Bringing both artists to Thailand is beyond economic value, particularly Lalisa 'Lisa' Monaban, the young Thai K-pop singer, who is a huge inspiration for the youth of the country," said Tourism and Sports Minister Phiphat Ratchakitprakarn.

He said both singers have been confirmed to perform in Thailand, with the Italian tenor's performance set to take place in Bangkok at Sanam Luang, with the Grand Palace as the background.

Lisa's show might be held in Phuket at Sarasin Bridge, the only road link from the mainland to the island, said Mr Phiphat.

He said the event should be co-hosted by the government and the private sector, with 200 million baht derived from the state budget, and 300-400 million from private sponsorship.

The Tourism Authority of Thailand (TAT) is awaiting the artists' availability for dates and time slots. A New Year's celebration is the most preferred date for the TAT, and the authority has made such requests to the artists' agencies.

"With their busy work schedules, we have to wait and see whether they can come for the countdown. We also need to discuss with the Public Health Ministry the number of audience members allowed and other health and safety protocols for such big events when we are still battling an outbreak," said Mr Phiphat.

The Centre for Covid-19 Situation Administration approved on Thursday entry without quarantine for vaccinated arrivals from some countries starting on Nov 1. They will not be restricted to certain areas, while another approval allows business events involving fewer than 500 participants in Bangkok.

Krod Rojanastien, president of the Thai Spa Association and head of the Hua Hin Recharge programme, said the country's reopening to international tourists should help Hua Hin double the occupancy rate from 20%, mostly driven by the domestic market, to at least 40%.

However, an official government timeline should be published so tourism operators can tell their clients in advance because there is a list of guests awaiting official announcements, he said.

Sisdivachr Cheewarattanaporn, president of the Association of Thai Travel Agents, said clear-cut guidelines and a list of countries allowed entry without quarantine must be confirmed as soon as possible because long-haul tourists need time to plan their trips.

He said travellers in the sandbox schemes have been mostly businessmen or those travelling with specific purposes rather than leisure visitors. Thailand has been reporting daily new infections around 10,000 on average.

"It's hard to predict the market this year as it depends on policies and the readiness of each destination," Mr Sisdivachr said.