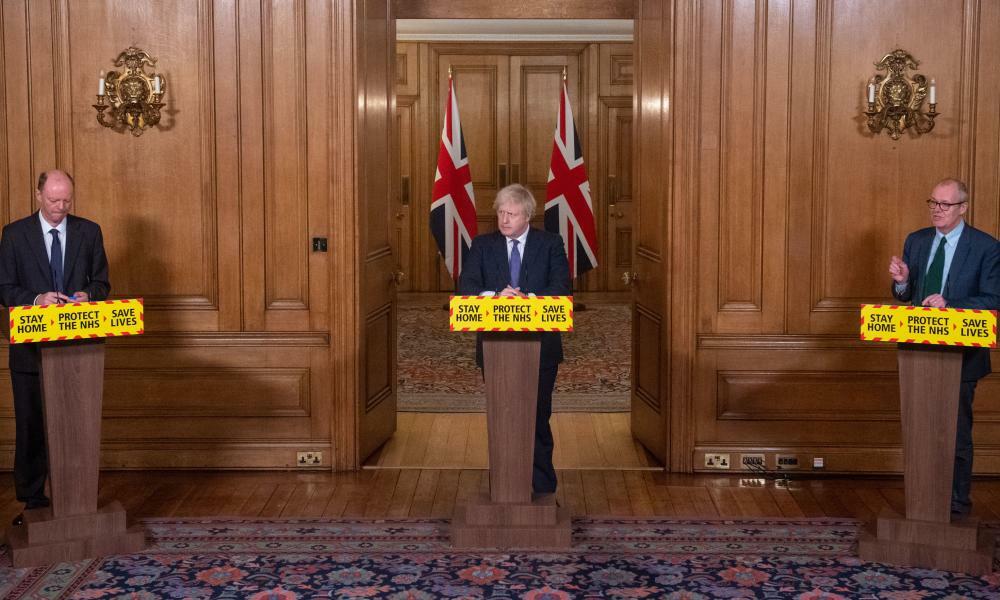 The joint report by the Commons health and science committees on lessons to be learned from the UK’s response to Covid spans 150 pages and is divided into six themes. Here are the main findings from each.

Planning for a pandemic

The section on preparedness draws on concerns highlighted by the Guardian as far back as May 2020 and finds that the UK was confident of the extent of its pandemic planning despite most of it being “too narrowly and inflexibly” based on the idea of a flu-type outbreak.

The planning did not properly consider asymptomatic transmission or take into account earlier outbreaks that failed to reach pandemic level, such as the Sars virus affecting east Asian countries in 2002-04, or the Mers virus first identified in the Middle East in 2012, the report found.

Detailing various government exercises about hypothetical pandemics, it said an “over-reliance on pandemic influenza as the most important infectious disease threat clearly had consequences – it meant that the emphasis of detailed preparations was for what turned out to be the wrong type of disease”.

Perhaps the most vivid piece of evidence in this section came from Dame Sally Davies, England’s former chief medical officer, who blamed what she called “groupthink”. The report quoted her as saying: “Our infectious disease experts really did not believe that Sars, or another Sars, would get from Asia to us. It is a form of British exceptionalism.”

Lockdowns and their timing

Among the most fractious debates in the response to coronavirus has been over the timing of England’s lockdowns, both when the first one was imposed in March 2020 and apparent delays in putting in place another in the autumn and winter of that year.

On the first lockdown, the report is clear and condemnatory: factors including a lack of testing capacity and doubts over whether British people would accept a lockdown prompted scientists and politicians to adopt a “policy approach of fatalism”, which would seek to manage but not suppress the extent of an outbreak. While this was not an active decision to seek so-called herd immunity, it amounted to this in effect, the report said.

Following what the committees called “simultaneous epiphanies” by ministers and advisers about the catastrophic effects of this approach, a UK-wide lockdown was finally announced on 23 March. The report said: “It is now clear that this was the wrong policy, and that it led to a higher initial death toll than would have resulted from a more emphatic early policy.”

It adds, more damningly still: “As a result, decisions on lockdowns and social distancing during the early weeks of the pandemic – and the advice that led to them – rank as one of the most important public health failures the United Kingdom has ever experienced.”

The report was, however, more equivocal on whether the ministers should have imposed a “circuit breaker” lockdown in England in late October 2020, saying the emergence of the more transmissible Alpha, or Kent, variant could have prevented this being effective anyway, and that a circuit breaker in Wales did not prevent a winter lockdown.

The report’s most consistent and vehement condemnation came in this section, beginning with what it described as a hugely serious failure to even try to copy the rapid rollout of mass testing in places like South Korea.

Public Health England claimed to have studied and then rejected the South Korean approach but could provide no evidence for this, the report said, adding: “We must conclude that no formal evaluation took place, which amounts to an extraordinary and negligent omission.”

This meant testing in everywhere but hospitals was halted, and so new cases or contacts could not be tracked. “As a result the UK squandered a leading position in diagnostics and converted it into one of permanent crisis ... The consequences of this initial failure were profound … For a country with a world-class expertise in data analysis, to face the biggest health crisis in 100 years with virtually no data to analyse was an almost unimaginable setback.”

While testing capacity was later increased hugely, the report noted that government rhetoric was still often notably more impressive that the reality. “Ministers began by promising the test and trace system would be ‘world-beating’ in May 2020 when the truth was that it was that it was a laggard,” it said of the system, which had a budget of £37bn.

The report also castigated the low numbers of people who complied with self-isolation rules, citing a lack of financial support and the continued requirement to self-isolate for 10 days, long after tests were freely available to show they did not have the virus. As well as the impact this delay had on the economy and people’s lives, the report said, “by providing a powerful disincentive to take a Covid test and to disclose all contacts, it seems likely that it will have also caused more infections and cost lives”.

More than 39,000 care home residents died with coronavirus between 10 April 2020 and 31 March 2021, with the report finding that ministers and the NHS “both failed adequately to recognise the significant risks to the social care sector at the beginning of the pandemic”.

The committees concludes: “The UK was not alone in suffering significant loss of life in care homes, but the tragic scale of loss was among the worst in Europe and could have been mitigated.”

Some of these failures were specific to the pandemic, the report said, including the decision to focus on freeing up NHS capacity and thus release many patients into care homes without Covid tests, and problems with a lack of personal protective equipment. Others, such as a shortage of staff and funding difficulties, were “illustrative of a longstanding failure to afford social care the same attention as the NHS”.

The report stressed that “the experience of the Covid pandemic underlines the need for an urgent and long-term strategy to tackle health inequalities”, a point highlighted by politicians and experts during the pandemic.

It noted the particularly high toll of Covid on people from minority ethnic backgrounds and on people with learning disabilities. It said: “It is telling that the first 10 NHS staff to die from Covid-19 were from black, Asian and minority ethnic (BAME) backgrounds, and evidence has since confirmed that the impact of Covid-19 on this section of the workforce has been significant.

“While the NHS has made progress in recent years, the experience of people from BAME groups during the pandemic has made it clear that inequalities persist.”

While the report gives recommendations on lessons to be learned from the development, procurement and distribution of vaccines, these were mainly based around other areas of government learning from it – particularly the flexibility and speed of the vaccines taskforce headed by Kate Bingham. The Covid vaccine programme overall, the report said, “has been one of the most successful and effective initiatives in the history of UK science and public administration”.