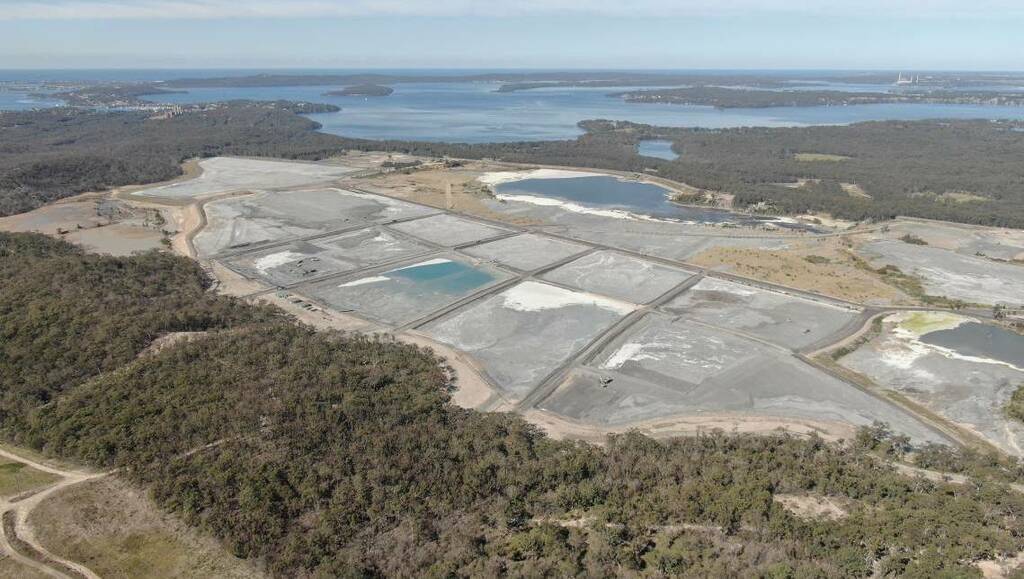 Greg Piper says tens of thousands of extra truck trips on public roads in western Lake Macquarie each year is the "price you pay" to increase coal ash recycling at the Eraring power plant.

Eraring's owner, Origin Energy, has sought state approval to build additional recycling infrastructure at the plant and to transport more of the product from the site.

The proposal seeks approval for about 81,000 extra truck trips each year. The trips would be equally split to the north and south, travelling via Awaba or Toronto and Morisset, respectively.

The initiative would ultimately help Origin Energy meet an existing planning approval condition that requires it to reuse or recycle at least 80 per cent of the ash produced by the plant each year. Only about 40 per cent is currently reused, with majority of the product ending up in an adjacent dam.

Mr Piper, the area's state MP, told the Newcastle Herald on Wednesday there was "no other real solution" but to have extra trucks moving the product.

He said Origin's proposal was in no way comparable to a recently dumped Centennial Coal plan that would have seen an extra 62,500 annual truck trips along part of the northern transport route.

Trucks entering and leaving Eraring would use an interchange and "slip lanes in the direction of traffic", he said. "Trucks leaving north or south merge gently with the flow of traffic, but we do have a couple of points where it is a problem," he said. "That is Dora Creek bridge, not that trucks don't cross it all the time anyway, but it is less than ideal ... and then just getting through Morisset."

Mr Piper said there had been a huge push to increase ash recycling rates in recent years and truck movements "were the price you pay".

The submission period for Origin's modification closed on Monday, but Mr Piper is pushing for it to be extended.

Coal-ash Community Alliance, a group which has been advocating for better management of the power station byproduct for years, expressed support for increasing recycling but flagged concerns about the transport requirements.

In its submission, it called for an investigation into using Eraring's existing rail loop or private haul road.

"Origin could expand their infrastructure and link the coal-ash project to the nearby rail which already transports coal to their site," its submission said. "Ideally, industry could be set up and the coal ash processed on site at Eraring."

It said with the addition of an exit and entry point where the Eraring to Newstan haul road goes under Wilton Road or over Awaba Road, trucks would be able to use the Palmers Road M1 Motorway interchange to head both north and south. "This option would have negative impacts on other intersections but, we believe, there would be an overall benefit," it said.

Mr Piper said he doubted whether using rail would be feasible but expressed support for investigations into using the private haul road.

He said it "was not impossible" but would require significant investment. "It's not a pretty solution but it might work, and I don't think it should be ruled out," he said.

Lake Macquarie council said the use of Wilton Road, which Origin has proposed, would not be possible until an old bridge is replaced.

The council said it was working on designs for a potential replacement, but it gave no timeframe for its construction.

Origin Energy will be required to response to the submissions.

The NSW Department of Planning will ultimately determine the proposal.