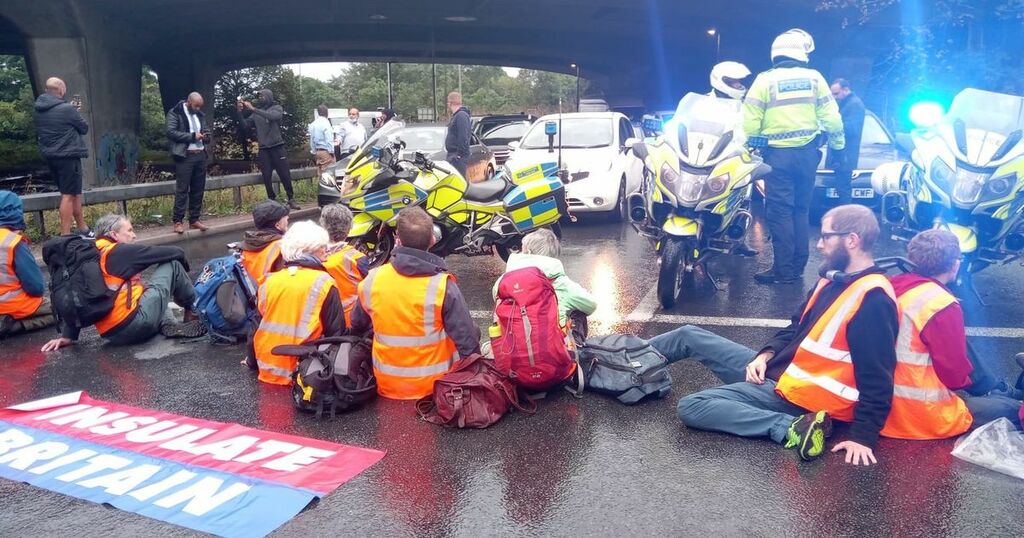 We’ve been battered by Covid, tax hikes, food and fuel shortages, and the ­poorest are about to get a cut in universal credit which will plunge almost 300,000 ­children into poverty.

But a bunch of crusties decide that now is the perfect time to dump another layer of misery on us by blocking major roads.

The activists from Extinction Rebellion and Insulate Britain have managed to annoy the hell out of us.

My stomach actually turned when I saw protesters smugly not giving a damn about a distressed daughter who was pleading with them to let her travel to be with her sick elderly mother in hospital.

What sort of sick logic would make any decent human beings think they had the right to do that?

They are calling for all homes in the UK to be insulated by 2030 and have so far carried out 10 protests in the last three weeks.

Of course environmental issues are important and need to be dealt with but no one in their right mind would agree that this was the way to go about it – and it couldn’t have been worse timing.

They come across as nothing more than selfish attention seekers.

All over the world people are working to implement new ways we can be greener but massive change takes time.

Protests like this are never going to speed things up. If anything it will make people who may have supported their cause turn against them.

But what can we expect from misfits who follow a leader quoted as saying he would happily block an ambulance carrying a dying patient to hospital?

Yes, you read that correctly. That was Roger Hallam, the big cheese of the squad.

Then we were subjected to unrepenting rant after rant from gormless supporters saying they would do the same.

It was like watching something from the Waco cult whose leader David Koresh’s disciples followed his every word – until 72 lost their lives in an inferno after a 51-day siege by the FBI in Texas.

It might sound too dramatic to compare today’s protests to those tragic events in America from 1993 but what I saw in their eyes and heard from their mouths was cultish language.

No one who truly cared about the world would want anyone to suffer like those trapped in those ambulances or those needing to see their loved ones.

These protesters are selfish, deluded and disgusting and I don’t care if I get trolled for saying it as I’ll do exactly what they did on the roads – block them.