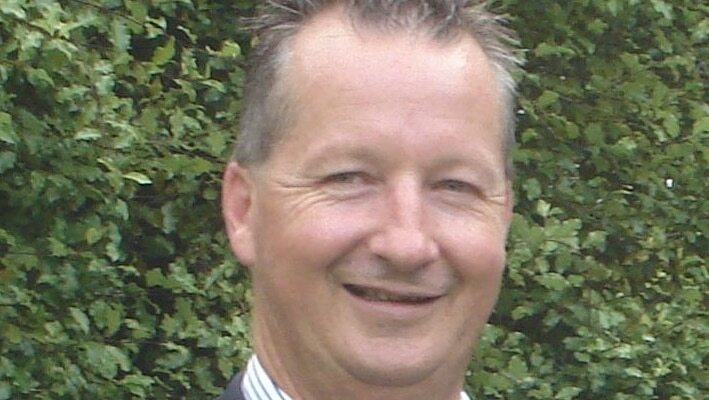 The death of a Canberra auctioneer found tied up and gagged in bushland was the result of a violent assault by teenagers and not drugs detected in his system, prosecutors have argued at the conclusion of a murder trial.

Crown prosecutor Nerissa Keay on Friday closed her case against two alleged killers, who were 17 when the body of Peter Keeley, 56, was found at Broulee, on the NSW South Coast, in February 2020.

Mr Keeley had gone to the area to meet one of the accused, with whom he had been chatting through the Grindr gay dating app.

In the NSW Supreme Court, Ms Keay argued Mr Keeley was kidnapped and "extensively assaulted" with blows to the head caused by a stick or shoe. His hands and feet were tied up and his mouth gagged with tape.

Ms Keay referred to Dr Bernard I'Ons, who conducted the autopsy on Mr Keeley's body and concluded the auctioneer died of craniofacial trauma with airway obstruction.

She stated this was likely caused by multiple brain injuries, a broken nose, and sand and debris being "entrenched" in his teeth after his face was pushed into the soil during the assault by the teenagers.

Ms Keay paraphrased Dr I'Ons, stating: "If the airways were not obstructed, Peter Keeley would be alive."

Mr Keeley also suffered an axonal injury, where his brain shifted inside his skull due to the injuries sustained to his head.

He also had a "classic defensive injury" on his forearm, along with injuries on his left knee and shoulder that were consistent with him having been in a prone position.

DNA evidence taken from Mr Keeley's shirt, under his fingernails and the tape used to bind him also showed a match to the two teenagers.

A health application had also tracked the "constant movement" of one of the accused during the hour in which the assault occurred, while the other teenager had injuries of his own.

Both teenagers have pleaded guilty to the aggravated kidnapping of Mr Keeley, but they deny his murder.

The defence argument is that Mr Keeley's death was "the result of methamphetamine toxicity", as he was a regular user of the drug and had had it in his system when he died.

However, the prosecution rebutted the assertion on Friday by stating most people who died of methamphetamine toxicity also had heart disease.

Mr Keeley did not, while he "had a level of tolerance and was not a new user".

Dr I'Ons previously said he was cautious of saying Mr Keeley had died of methamphetamine toxicity without having a prior history of heart disease.

Justice Michael Walton will then consider his verdicts in the judge-alone trial.

A third accused, also charged with murdering Mr Keeley, will face a separate trial at a later date.

Nerissa KeayHeart Disease
Sign up to read this article