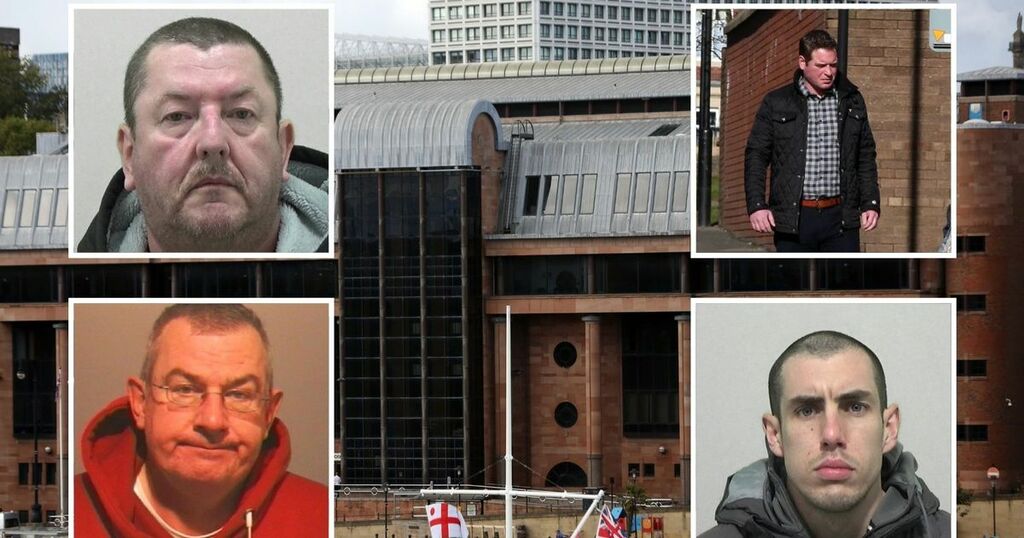 They're trusted to protect us.

But when police officers stray outside of the law it can cause huge harm to individuals and communities.

Guilty of offences from misconduct in public office to exposure and indecent assault, these shamed officers put the people who should have been able to rely on them at risk.

We've looked back at cases of police officers in our region brought before the courts in recent years.

After these offences, Northumbria Police spokespeople said the behaviour of the ex-officers was not "representative of the officers and staff who every single day display the highest levels of professionalism and commitment to the communities we are proud to serve".

None are still serving, and full statements from the police on each case can be viewed by following the links to the full stories.

In August this former Northumbria Police officer admitted sending sexual messages to women he met through his job.

Marc Hopkins obtained the details of three women in the course of his employment.

He then sent them messages "of a sexual nature" using his work phone, Newcastle Crown Court heard.

Hopkins, 32, of North Shields, pleaded guilty to misconduct in public office and will learn his fate in October but was warned prison is a possibility.

The charges state that he "while acting as a public officer, namely a Northumbria Police officer, wilfully misconducted himself by sending messages of a sexual nature to (complainants), whose details you had obtained in your capacity as a police officer".

The offences took place between November 2018 and December 2019.

Hopkins was further released on bail and will be sentenced on October 22.

Stephen Purnell was a police officer and senior Scouts leader when he exposed himself to a teenager during a conversation over a webcam.

During conversations with a 16-year-old boy, Purnell asked him intimate questions before showing his private parts.

The teenager told police he felt "shocked and embarrassed" by the incident.

His communication with and exposure to the teenager - which happened between July 2012 and September 2013 - was eventually revealed when police seized his home computer equipment in April 2017 as part of an investigation into his use of the police force computer.

Purnell, who had resigned from Northumbria Police, was handed a community order for exposure in January 2019 and was told to sign the sex offenders' register for five years.

Once a respected police officer, Erling Leask preyed on two vulnerable women - having sex with one while he was on duty and indecently assaulted the other.

The former military man was trusted to protect members of the community. But in a gross abuse of his position, he engaged in an inappropriate sexual relationship with one woman and indecently assaulted the other.

Both of his victims were single mothers who had been subject to domestic abuse and looked up to Leask when he offered help and support.

Daniel Penman, prosecuting, told Newcastle Crown Court both victims had dealings with him in the early 2000s while he was a serving police officer with Northumbria Police.

In August he was sentenced to 20 months in prison, suspended for two years with 100 hours unpaid work and rehabilitation.

Ian Hailes turned his radio off while he had sex with a vulnerable domestic violence victim during a visit to her home.

Ian Hailes began visiting a woman as part of his role as a neighbourhood officer in Washington.

A court heard Hailes, who was employed by Northumbria Police at the time, started visiting her "for coffee breaks" and they had sex on "numerous occasions" between January 2011 and July 2014.

Judge Sarah Mallett said Hailes was shown on CCTV visiting her "on six occasions when you should have been on duty and were not responding to a particular incident".

The judge said Miss Thomas was "effectively housebound" but there was no question about her capacity to consent to a sexual relationship and Hailes' wrongdoing was in forming the relationship while he was a police officer.

She reported Hailes to the authorities in 2018, by which time he had retired from the force with an unblemished record.

Newcastle Crown Court heard that between November 2013 and June 2014, Hailes also used his position to access confidential computer records on a woman he had been ordered to have no more to do with after she reported he made her "uncomfortable" but had declined to make an official complaint.

The then-62-year-old, of Hebburn, South Tyneside, was sentenced to 18 months imprisonment, suspended for two years, with rehabilitation requirements, 150 hours unpaid work and a £250 fine for the computer offence.

This disgraced officer had sex with two vulnerable crime victims after turning up to their homes in his uniform.

A misconduct panel found former PC Malcolm Bennett also used a police car to drive to their homes, while he sent explicit texts to women after illegally getting their details from Northumbria Police systems.

However his relationships were uncovered and the "selfish" officer - who retired in 2018 - was prosecuted.

Court officials said the 59-year-old, of Windburgh Drive in Cramlington, was fined on August 6 2019 after admitting multiple offences under the Data Protection Act.

And any hopes he had of resuming his career are in tatters after the panel last year ruled he had abused a "position of trust and power" by committing gross misconduct.

He was once a highly-respected PC who was jailed after he preyed on a vulnerable crime victim before sleeping with her.

A judge jailed Jonathan Layzell for 18 months in November 2018 after he admitted misconduct in a public office. He lost his job at Northumbria Police the same month.

And in February 2019 the force held a misconduct hearing over his "discreditable conduct" to stop him from resuming his career once he's released.

"Flirty" Layzell slept with the woman after adding her on Facebook after initially investigating her stolen mobile.

The relationship, she claimed, "left her feeling used and anxious".

"As a police officer, he should not have treated me in this way," she said in a victim impact statement.

"This has left me feeling I can't trust the police."

He also drunkenly bombarded a different ex-partner with a dozen abusive messages - despite being told not too.

Following a misconduct hearing at Houghton Police Station on Wednesday, February 20, 2019, the then-43-year-old, formerly of Lobley Hill in Gateshead, was placed on the Police Barred list.