Explainer: Is each state in Australia getting its fair share of Covid vaccine doses? 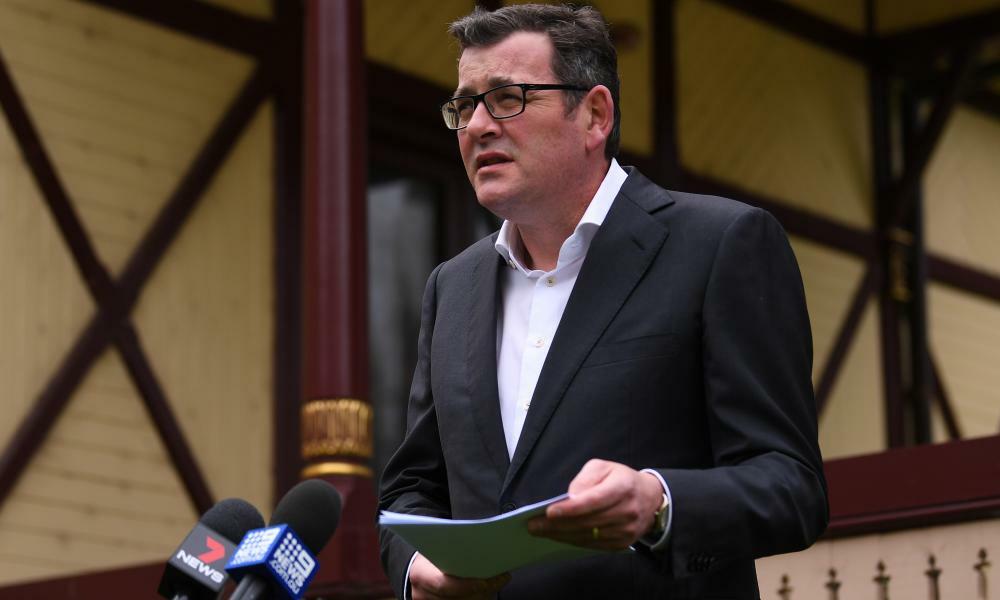 The states have blasted the federal government for an “under the table” agreement that saw extra Pfizer doses sent to NSW, saying the imbalance needs to be urgently remedied.

Data published by the ABC on Monday night suggested 45% of Pfizer doses were distributed through the state’s primary healthcare network in late August, despite the state having only 32% of Australia’s population.

The story sparked a fresh round of infighting among the states about who got which vaccines when, and why.

Did NSW get extra vaccinations from the federal government?

In July, the government announced that the Delta outbreak would result in the state getting a “bring forward” of both Pfizer and AstraZeneca vaccines, with an extra 150,000 of each to go to the state.

This was followed by another announcement in August that the government had signed a deal with Poland to secure an extra 1m Pfizer doses, with 530,000 of these earmarked for NSW.

According to data released to the ABC’s data analyst Casey Briggs, which has not been published by the Department of Health, a total of 3,410,215 doses of Pfizer have been administered in NSW up until the 29 August, out of about 9.5m nationally.

If the doses had been distributed on a per capita basis, then NSW would have got 32% of the total, or about 376,000 fewer jabs.

According to the number of Pfizer doses distributed through the GP network, NSW clinics have distributed 810,039 Pfizer out of a total of about 1.9m – about a 41% share.

Operation Covid Shield – the national vaccination program – says that across July and August, allocations of the Pfizer vaccine were brought forward for NSW to respond to the Delta outbreak situation there.

“This response also included the rapid onboarding of 260 general practices delivering Pfizer in NSW, resulting in more points of presence and an additional bring forward of doses for NSW.”

So who missed out?

To bring forward doses to NSW, other states got less than their per capita share.

Queensland, Victoria, WA and SA have all received less than a per capita share in July and August.

Was this a “secret deal”?

While the federal government announced the extra doses for NSW from the Poland deal, and the extra 150,000 that was brought forward at the start of the NSW outbreak, the “onboarding” of the extra GP clinics received less fanfare.

Daniel Andrews said he was not upset by the Polish allocation, but the “hundreds of thousands of vaccines” that went into GP practices.

“The extra allocations that were given to them known and announced and above board and clearly transparent, that was a good thing, we didn’t begrudge them that. But let’s be clear, this is what I’m talking about those doses, we’re talking about otherwise secret arrangements that are just not right,” Andrews said.

What does the federal government say?

The prime minister, Scott Morrison, rejected the suggestion that NSW had been given special treatment, saying doses had been sent there in response to the outbreak, as had also occurred with Victoria.

He also claimed that he had resisted calls from the NSW premier for even more doses to be redirected to the state from other jurisdictions.

The health minister, Greg Hunt, said doses had been distributed to NSW to “save lives”, and said Victoria had also received an extra 150,000 doses for its outbreak, and more doses to state clinics than its per capita basis.

“Every state and every territory receives a per capita allocation, and where there is, on top of that, an outbreak, as we did with Victoria, which we prioritised when they had an outbreak, we’ve made sure that saving lives has been at the heart of what we’re doing.”

Hunt did not explain why more GP practices had come on stream in NSW, but not Victoria.

Will the imbalance be fixed?

Operation Covid Shield – the vaccine program being headed by Lt Gen John Frewen – says the bring forwards “will not impact total allocations over the course of the program”.

It has been described as a “serpent eating a goat” – NSW gets more now because of its outbreak, but will end up with less to balance things out.

A spokesperson for the vaccine program said more GP clinics in other states will be brought on stream this month, which will coincide with extra Pfizer vaccines coming from the UK and Singapore, and supplies of Moderna coming on stream.

“To balance the bring forwards to NSW, onboarding of primary care sites in other jurisdictions will be expedited across September to significantly increase points of presence for the Pfizer vaccine and additional doses will be provided to these sites,” a spokesperson said.

The ACT chief minister, Andrew Barr, acknowledged this on Friday, saying the territory would receive above its population share from the UK deal because it got less under the Polish and Singapore deals.

“There is rebalancing under way across Australia,” Barr said.

So what’s the problem, exactly?

And now NSW is on track to hit the 70 and 80% targets before other jurisdictions, state and territory leaders want to make clear that any delays to reach those targets are squarely the fault of the federal government who control vaccine supplies.