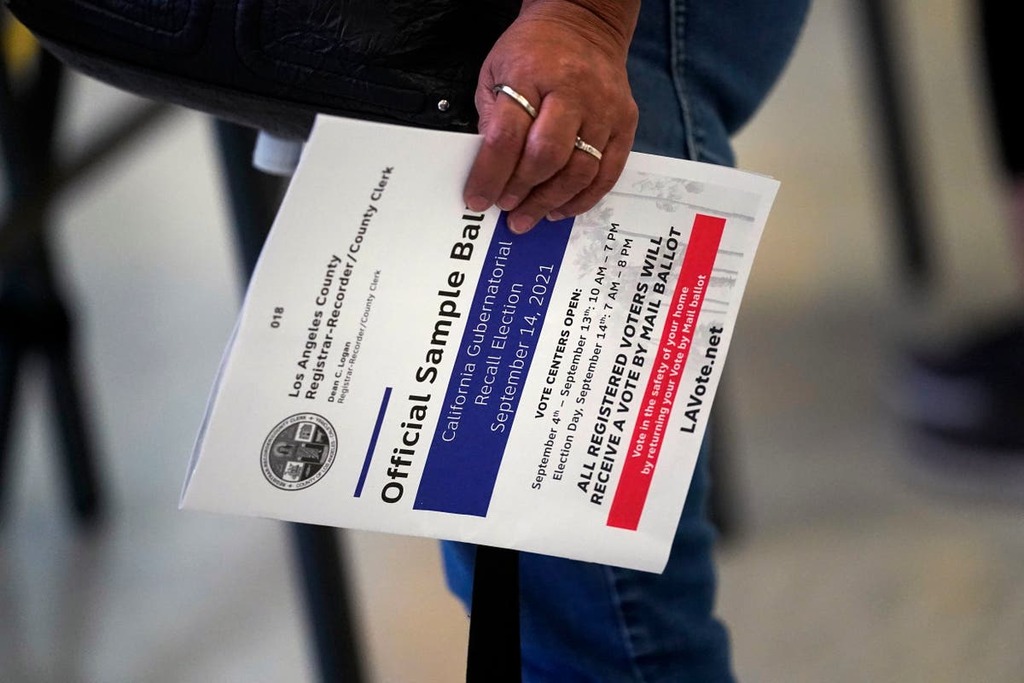 California voters are being asked to weigh in on two questions in Tuesday's recall election for Gov. Gavin Newson. But it’s possible The Associated Press will only declare the winner in one of the races.

Here’s a look at how AP plans to handle the calls in an election with some unusual mechanics.

TWO QUESTIONS, BUT ONLY ONE MAY MATTER

Forty-six candidates are on the ballot to replace Newsom but it won't matter who comes in first unless the effort to remove the first-term Democrat succeeds.

California voters are being asked these two questions: Should Newsom be removed from office, yes or no, and who should replace him? If a majority votes yes on Newsom’s removal, the candidate who gets the most votes on the second question would become governor for the final year of Newsom's term.

But if the recall fails, the question of who would replace him would be irrelevant.

That's why The Associated Press will only declare a winner among the replacement candidates if the vote to recall Newsom is successful.

The top vote-getter on the replacement ballot could become obvious before the outcome of the recall vote is decided. Talk radio host Larry Elder, a Republican is polling well ahead of the other 45 candidates. AP will report on the status of the replacement election in its news coverage, but will not declare a winner unless Newsom is recalled.

Winners are declared only when AP is fully confident a race has been won — defined most simply as the point when the number of remaining votes do not provide a path to victory for a trailing candidate.

On election night, they study the incoming vote and are in constant contact with AP’s vote count team, in search of the latest information about what’s been counted so far and how many ballots may still be left to count.

BE READY TO WAIT FOR IT

If the races are close, it could take a while to determine the winners.

After the polls close, the first results released by most counties in California include the mail-in ballots and early-in person votes that officials were able to count before the polls closed. Then they start counting the votes cast on Election Day at local polling places, a process that can last through the night.

They count the remaining mailed ballots in the days and weeks following Election Day. Mail ballots are generally counted in the order they are received, so the last ballots to be counted tend to be the last ones to arrive.

In 2020, Republicans were much less likely than Democrats to vote by mail in part because then-President Donald Trump repeatedly claimed — without evidence — that voting by mail was unsafe and susceptible to fraud.

If that trend continues, the results in the recall election could swing back and forth on election night, depending which types of votes are being reported — mail ballots or in-person votes.

For Tuesday's election, all 22 million registered voters were sent a mail ballot.

Mail ballots take longer to process than in-person votes because election officials must remove the ballots from their envelopes, check the voter’s registration and make sure that the voter’s signature on the envelope matches the one on file. Then the votes can counted.

When voters cast ballots in person, officials perform security measures at the polling place so the votes can be counted soon after the polls close.

Also, mail ballots can arrive up to a week after Election Day and still be counted, as long as they are postmarked by Election Day.

Voters who don’t want to vote by mail can vote in person, on Election Day or during the early voting period. Voters can also drop off mail ballots at local polling places, county election offices or in county drop boxes.