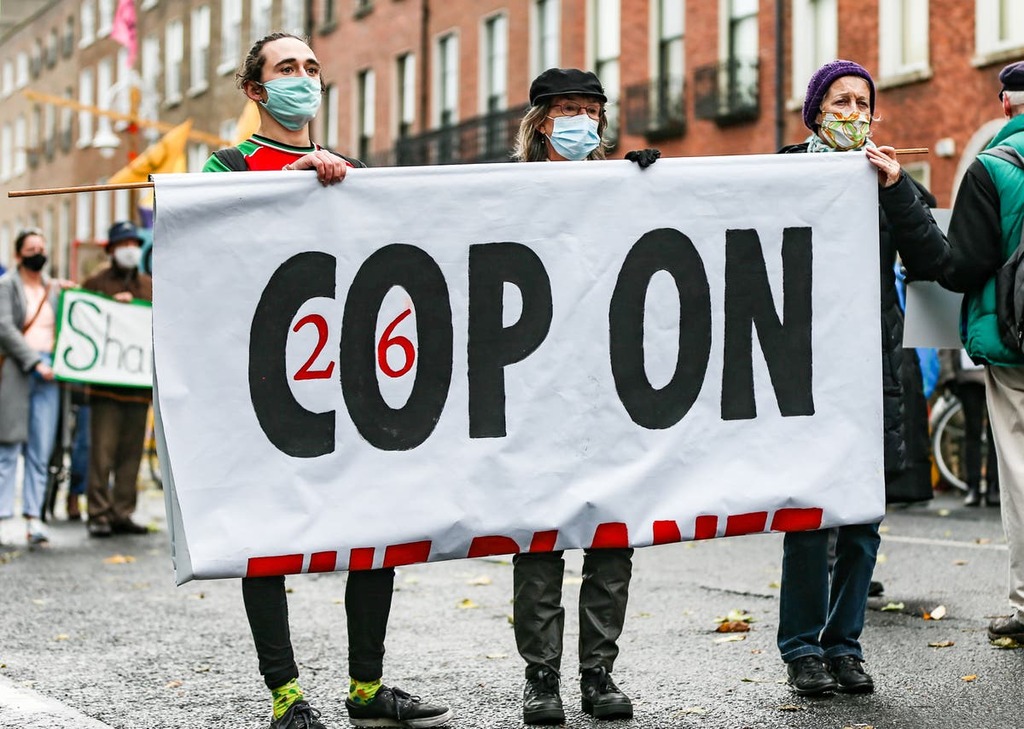 Multiple experts slammed the climate change plan endorsed by the Irish Government as well as the carbon budgets recommended by the Climate Change Advisory Council, as falling short of what was needed to tackle the climate emergency.

All four offered a stark warning about the uphill struggle the country faced to meet the carbon budget targets and the punitive impact of failing to do so.

The Oireachtas meeting is one of four discussing the Irish carbon budgets plan, which is designed to determine the level of greenhouse gases that may be emitted by various sectors in Ireland over a five-year period.

Ireland is aiming to reduce greenhouse gas emissions by 51% by 2030.

To fail to do so, he said in response to a question from Fianna Fail TD Christopher O’Sullivan was a form of “neo-colonialism”.

Appearing alongside DCU colleague Paul Price, he said: “I will make no pretence that the level of challenge on the council’s budgets is already very significant.

“And if you reduce the budget further, that will represent a higher level of challenge, but nothing compared to the challenge faced by poor and vulnerable people around the world today, exposed to greater climate risks due to our disproportionate emissions, and our own children and future years.

“We have to actually grasp this nettle of reconciling our own immediate preferences for an easier transition here locally in Ireland, given our comfortable lifestyle today.

“I know we recoil from this here in Ireland because of our history, but it’s a form of passive neo-colonialism.

“We’re exploiting an atmospheric commons, a global commons, that belongs to all people of the earth equally, but we’re exploiting it disproportionately just because we can.”

Members of the Climate Change Advisory Council, as well as the drafters of the carbon budgets, appeared before the Oireachtas committee on Tuesday to communicate and defend their strategy.

But the four academics on Wednesday were critical of some of the work of the Climate Change Advisory Council and questioned the approach these scientists had taken.

They pointed in particular to the fact that the Irish carbon budgets failed to take into account emissions from aviation and from shipping.

Any delay by Ireland in cutting carbon emissions in the next two years could see “savage reductions” in some sectors before the end of 2025, the committee was also told by Professor John Sweeney of Maynooth University.

The University of Manchester’s Professor Kevin Anderson made a similarly stark assessment, warning that Ireland and other rich nations needed to abandon “economic expediency and Machiavellian polices”.

Agriculture, a key plank of the Irish economy and a sensitive political area, came in for particular scrutiny.

He said it was “imperative” that Ireland achieved a reduction in cattle numbers in the country, suggesting a ban on artificial insemination was one option.

The academics spelled out the legally binding nature of the carbon budgets and what they meant for the Irish Government.

“We will face litigation if we are not meeting our targets by 2023 because we will be obliged to meet those targets one way or another.”

Prof McMullin echoed this: “It is critical to recognise that, under the 2021 Act, carbon budgets are no longer mere ‘targets’ to be ‘aspired to’.”

He said: “They are self-imposed quantitative statutory constraints, legally binding upon the state.

“This is a radically new and extremely challenging framework for our political and policy institutions.”

The carbon budgets demand, he said, “an urgent re-evaluation of our governance mechanisms to ensure that they are commensurate with this task”.

“There is a very strong case for the early establishment of mechanisms to dynamically regulate, as and when necessary, the upstream inputs to Irish societal activities, such as fossil fuels,” he added.

Prof Sweeney also warned that it was likely to be misguided to hail the Irish carbon budget plan as the “most ambitious” in the world.

“I’ve heard a lot of comments that this is the second most ambitious reduction figure in the world,” he said.

“I think that’s not necessarily a fair description. Because of course, if you drag your feet for 20 years and have a huge emission per capita, it’s quite easy to set a target which is high but many countries have achieved similar figures and have achieved ongoing reductions, which Ireland hasn’t achieved, so I don’t think we should be patting ourselves on the back prematurely.”

He also warned that the decision to reduce emissions 4.8% on average for the first five-year period threatened to create an “intolerable burden” if there was any “slippage” in reaching that target.

Setting out the scale of the change needed, the experts pointed to how Covid-19 had made unimaginable changes possible.

Prof Anderson said: “A carbon budget is a ration. You have got to live within that ration.

“There should be no SUVs in any forecourt.

“If there is a climate emergency, you do not sell SUVs.”

Towards the end of the meeting, senior Fine Gael TD and former minister Richard Bruton clashed with the experts.

“I don’t envy any minister who is listening to this,” he said.

“I think the portrayal of the Climate Change Advisory Council as wimps wouldn’t be very widely held by voters on on whom all of us in this room depend.”

He defended the work of the Climate Change Advisory Council and questioned how feasible some of the proposals were.

He urged “eminent scientists to find a middle ground with people like ourselves who are trying to get momentum going here”.

Prof Anderson hit back: “We are where we are because of 30 years of collective lies and delusion. We have a choice. We can make it 32 years, or 33 years.”

Climate change was an opportunity to generate millions of new jobs and eliminate fuel poverty for the poorest, he said.

“The more these debates happen, the better. I have this fear we’re not communicating and we’re operating in our own sphere,” he said.

“It is very well and good to talk about the abstract. But we are doing the movement a huge disservice if we’re not talking about the real, immediate and the local.”