Experts explain as roads which have 'never been hit' before flood 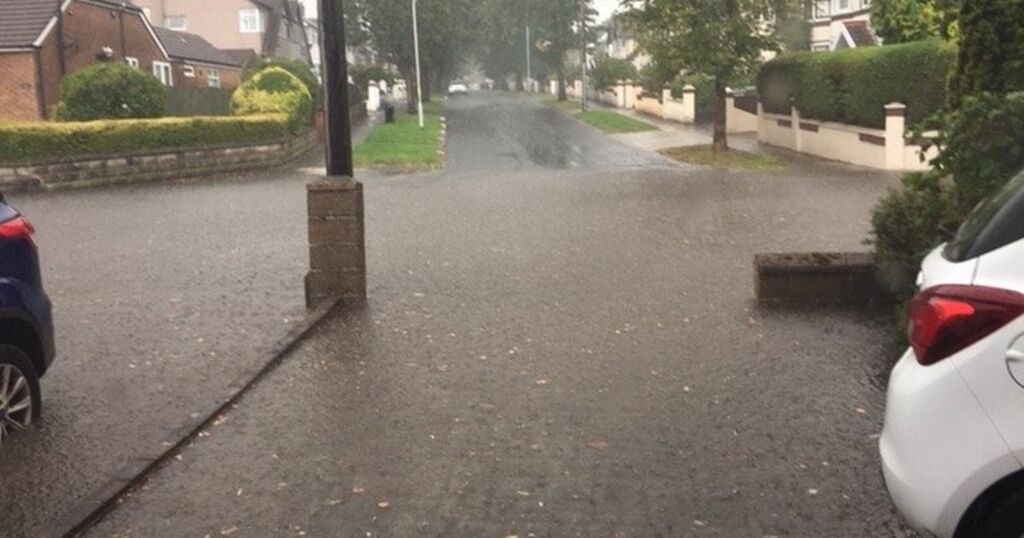 Torrential rain in Wirral hit parts of the borough which have “never flooded” before according to a local councillor.

Downpours hit Merseyside yesterday afternoon, with reports of cars submerged in water in Birkenhead and several Wirral schools being forced to close.

Labour councillor Jerry Williams said he has 30-35 years experience of flooding issues in his Bebington ward, but that last night’s rain hit areas outside of the usual “hotspots”.

Cllr Williams said: “The rainfall was, in the words of the specialist, absolutely exceptional.

“I know all the flooding hotspots in Bebington, but then another 10 areas came in which had never flooded.”

One of the roads with longstanding issues was Acres Road.

Shocking pictures showed just how bad the flooding was and Cllr Williams gave his view on the causes of the issue.

The Bebington councillor added: “People concreting over their front gardens has added to a bad problem. We’ve had three meetings with United Utilities over the years and the sewers in Acres Road are under-capacity and can’t do the job.

“The key issue is upgrading the sewers, but what United Utilities did in Acres Road was they paid for anti-flooding devices for three or four houses.”

Cllr Williams continued: “I asked for another meeting with United Utilities to try to solve the inadequate draining and the under-capacity sewers."

Cllr Liz Grey, chair of Wirral Council’s Environment and Transport Committee, said: “The [council] officers are working around the clock with the Environment Agency and others to help residents and prevent further damage.

The Labour councillor added: “We need to revisit our attitude to the built environment now we know just how extreme our weather is likely to become in future due to climate change."

Steve Kenyon, wastewater drainage area manager at United Utilities, said: “The sheer volume of rainfall overwhelmed the area and led to the incredible flooding scenes we saw yesterday. The water simply could not get away fast enough, and early storm intensity data shows it would have overwhelmed any drainage system.

“There’s no doubt that these kind of extreme weather events are becoming more frequent and as a society we have to get better at managing surface water. As more gardens and green spaces are developed or paved over it increases the amount of run-off into drainage systems.

"We work closely with the planning authorities who have a key role to play in encouraging the adoption of sustainable drainage solutions such as permeable paving.”

"Today the focus for the service is to continue with the clean-up operations and deal with the excess rainwater to help area drainage systems. We are working with partners and contractors throughout this operation.

"In some places the intensity and volume of rain was sufficient to overwhelm the area drainage systems serving highways. Early analysis indicates that the rainfall yesterday for Wirral was most severe at locations around Bromborough, Bebington and Birkenhead which received two intense events at 14:00 and 17:00. Heswall was also impacted. Residents were also assisted, and some roads were temporarily closed to allow the rainwater to drain away.

"The council is also working closely with water companies (United Utilities and Welsh Water) who operate the sewer and drainage networks in Wirral to check and clear drainage systems so that they can work at their capacity again.

"You can get advice and reporting flooding incidents via the council website here."