Expanded tiger reserve may see return of gharials in Assam 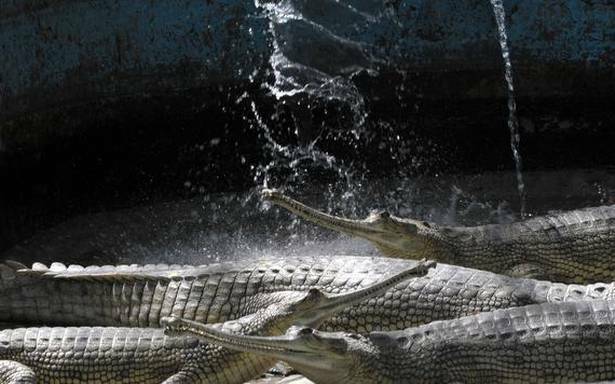 The gharial, wiped out from the Brahmaputra River system in the 1950s, could be the prime beneficiary of a process to expand an Assam tiger reserve that shed its “Congress connection” five months ago.

The Assam government had on January 3 issued a preliminary notification for adding 200.32 sq. km to the 78.82 sq. km Orang National Park, the State’s oldest game reserve about 110 km northeast of Guwahati.

Much of the area to be added comprises the Brahmaputra river and the sandbars or islands in it, some cultivated by locals or used as sheds for livestock. Forest officials said the administrative heads of the Darrang and Sonitpur districts have been asked to determine the “existence, nature and the right of any person in or over the proposed schedule of land”.

Orang, on the northern bank of the river, is strategic to the Kaziranga Orang Riverine Landscape. Tigers and rhinos are known to use the islands in this riverine landscape, about 180 km long, to hop between Orang and Kaziranga.

But what has enthused wildlife experts is the prospect of reintroducing the gharial (Gavialis gangeticus) in the area to be added to Orang.

“The government is pursuing a policy for the reintroduction of the gharial that became locally extinct more than six decades ago. With better protection, the stretch of the Brahmaputra in the Kaziranga-Orang landscape is ideal for sustaining the gharial,” Pradipta Baruah, divisional forest officer of the Mangaldoi Wildlife Division, told The Hindu on Saturday.

The Gangetic dolphin is also expected to be a beneficiary of the final notification of the addition to Orang, expected to take at least three months after the rights and claims are settled.

“There are a few points within the riverine landscape where the endangered dolphin thrives. The landscape has 16 species of turtles that need more conservation too,” Mr. Baruah said.

One of the four major rhino habitats in Assam, Orang was recognised as a tiger reserve in 2016. The Himanta Biswa Sarma government had in September 21 dropped the ‘Rajiv Gandhi’ prefix to Orang given by the Congress government in 1992.

Orang is one of the seven national parks in Assam. The others are Kaziranga, Manas, Nameri, Dibru-Saikhowa, Raimona and Dehing Patkai.