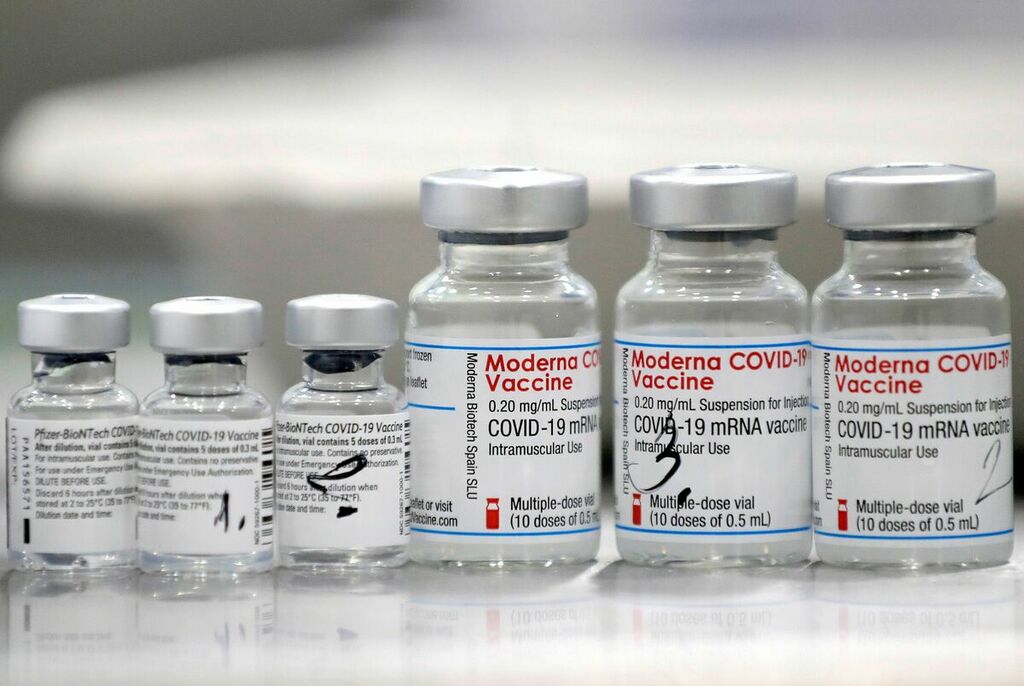 Efforts to develop an African base for COVID-19 vaccine production will focus on trying to replicate Moderna's shot, but a lack of progress in talks with the U.S. company mean the project will take time, a senior WHO official told Reuters.

The drive to produce vaccines in Africa is designed to help more developing countries access COVID-19 shots after rich nations bought up most of this year's supply.

Moderna said last October it would not enforce patents related to its shot during the pandemic, raising hopes that other companies might be able to copy it and help boost COVID-19 vaccine production.

In practice, though, it is hard to replicate a vaccine without the information on how it is made, and the World Health Organization-backed tech transfer hub in South Africa - set up in June to give poorer nations the know-how to produce COVID-19 vaccines - has so far not reached a deal with the company.

"The talks have not yielded any results," Martin Friede, WHO Initiative for Vaccine Research coodinator, told Reuters.

Moderna did not respond to a request for comment.

The case highlights the challenges faced by the WHO as it battles to expand vaccine production to help address the glaring inequalities between rich and poor nations in the pandemic.

More than three quarters of the 5.5 billion COVID-19 shots administered worldwide have gone to high and upper-middle income countries, which make up just over a third of the world's population.

Currently only 3% of Africa is vaccinated, the African Union's top health official said last week, compared with more than half of the United States and three quarters of Spain.

Friede said Moderna's vaccine had been chosen as an abundance of public information and its pledge not to enforce patents made the shot slightly easier to copy than some rivals.

"We have to make a choice now. The deadline is upon us; time to start ordering chemicals. We've chosen Moderna," he said.

But even if the hub manages without Moderna's help, it could take more than a year to get a distributable vaccine as clinical trials would only begin in the latter half of 2022, he added.

In May, the United States said it would support waiving intellectual property rights for COVID-19 vaccines in order to help speed an end to the pandemic.

But the idea has faced opposition from pharmaceutical firms, which argue they need to oversee any technology transfer due to the complexity of the manufacturing process.

Pfizer and its partner BioNTech separately struck a deal in July for South Africa's Biovac to help make around 100 million doses a year of their COVID-19 vaccine for Africa. Their shot, like Moderna's, uses so-called mRNA technology.

However, the deal is to "fill and finish" the vaccine, the final stages of production where the product is put into vials, sealed and packaged for shipping. It does not cover the complicated process of mRNA production, which Pfizer and BioNTech will do at their European plants.

The WHO has been trying to persuade Moderna and Pfizer-BioNTech to join forces with its African tech transfer hub.

But COVID-19 vaccine makers have warned that non-authorised producers would compete for vital raw materials and production gear that the established players - most of which have earned huge profits from vaccination - rely on.

Hub consortium partner Afrigen Biologics will produce the initial batch of doses, before transferring the skills and technology to local manufacturing partner, Biovac Institute - both are Cape Town-based - which will mass produce the vaccines.

"This is not something that we are asking industry to give us for free," Friede said about talks with the companies for access to information, adding that royalties, territorial limitations and other constraints could be built into a deal.

Healthcare analysts doubt the plan can be mobilised quickly.

"There are many steps which will require lots of iterations before they can be ready for prime time commercial grade production," said Prashant Yadav, a global healthcare supply chain expert at the Center for Global Development in Washington.