EXCLUSIVE: 'I know that' - What Mohamed Salah has told Liverpool legend about his future 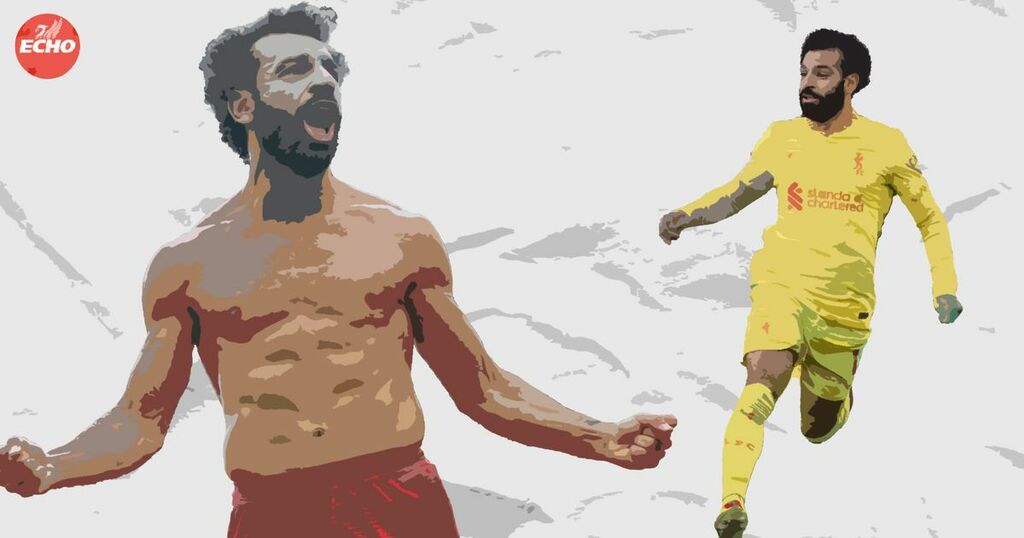 The conversation turns to Mohamed Salah and the pace of Ian Rush quickens.

Like racing on to a through ball at the Kop end, as the chatter moves on to Liverpool's star man, Rush comes alive.

He may be over 30 years removed from the halcyon days of his playing career at Anfield, but the legendary Liverpool striker still clearly gets animated by discussions around the game's greatest marksmen.

And in Salah, perhaps there is none greater in world football right now.

"I've said this before, right, at the present moment, on current form, Mo Salah is the best player in the world!" he excitedly tells the ECHO in an exclusive chat.

By now, you will know why such a school of thought is a prevalent one.

Nine goals so far this season, spread across the Premier League and Champions League, have once more drawn Salah's name to the headlines.

Another in-house Golden Boot will be the fifth of its kind if, as is widely anticipated, the man affectionately known as the 'Egyptian King' finishes top of the pile again for the Reds.

A third in the Premier League is also being sought for the man from Nagrig as he attempts to fire Jurgen Klopp's side to the game's biggest and brightest baubles again.

After 31 goals last term in what was, by their standards of recent years, an ordinary campaign for the Reds, Salah has continued where he left off this time around, with Klopp recently pointing towards a full pre-season schedule as the key factor behind the blistering early-season form.

Of late, the debate has raged intensely over Salah's current standing in world football. More than it ever has, in fact.

For almost 15 years, football fans have rarely made a serious case for anyone beyond Cristiano Ronaldo and Lionel Messi as to just who the planet's finest footballer is.

But with Ronaldo, at the age of 36, attempting to reconfigure himself once more at Manchester United and 34-year-old Messi adjusting with Paris Saint-Germain, perhaps, for the first time in well over a decade, there are more legitimate candidates.

DANIEL STURRIDGE: What Liverpool team-mates and staff really thought of striker as he returns to football

A place on the 30-man shortlist for the 2021 Ballon d'Or is at least some recognition for Salah 's form this calendar year, even if Liverpool 's lack of collective success is unlikely to see the Egyptian reign supreme at the end of next month.

But the throne, it seems, is vacant.

Real Madrid's Karim Benzema is in superlative form in the Spanish capital, while the decision to cancel the 2020 Ballon d'Or probably robbed Bayern Munich's Robert Lewandowski of the prestigious award.

Kylian Mbappe and Neymar, the ludicrously talented pair of forwards supplementing Messi at PSG, will always garner attention too, but maybe none quite have the claims that Salah does at present.

Those at Anfield to witness his latest - and perhaps greatest - act of genius against Manchester City earlier this month would surely side with the Reds' No.11.

The evident acceleration of Rush's pulse when the chat turns to Salah indicates he certainly does.

"Cristiano Ronaldo has gone to Manchester United and yes, he is doing OK," Rush, who is speaking as a new ambassador of Gambling.com, says.

"Lionel Messi has gone to Paris Saint-Germain and it has taken a bit of time to settle in but Salah has taken it to a different level."

Greatness, they say, recognises greatness, and with 346 goals to his name at Liverpool, there were none greater than Rush when it came to finding the back of the net.

The iconic No.9 speaks to Salah on a regular basis and revealed the determination and the dedication that underpins the speed and the strength of Liverpool's superstar.

But just what does the conversation sound like when Anfield's revered of past and present meet?

"I spoke to Mo last season and he told me he wants to be the best in the world," Rush adds, matter-of-factly.

"He's upped his game this year. It's not just about him scoring goals and people will say he's selfish and whatever, but he's been supplying assists as well this season.

"Look at the one he made for Sadio Mane against Manchester City, they are playing as a team and Mo knows what it takes.

"Of course he has scored great goals and he was the fastest to 100 goals, that is all great. Fantastic. But he is playing for the team as well.

"He is running back now, defending more and he has told himself if he wants to be the best player in the world, he has to up his game and he's certainly done that.

READ MORE: Jurgen Klopp may be about to unleash his next 'fast-tracked' player at Liverpool

"I speak to Mo a lot and funnily enough I met Mo at the Leeds game (in September) and I was having a chat with him and he said to me: 'How the hell did you score 300 goals!?'

"So we have a laugh and a joke about it, but he knows what it takes. Look, records are there to be broken.

"And if you're going to beat records like that you need to stay free of injury and that's the thing with Salah, he very rarely gets injured.

"If you get injured it doesn't help, but I've set him a target, it's there, so let's see if he can break it!"

In order for Salah, who currently sits on 134 Liverpool goals, to even get close to Rush's all-time record, a stay beyond his current terms, which are set to expire in 2023, will surely be needed.

But with less than two years left on his Anfield contract, will Salah be offered the new deal that will break the carefully cultivated, bonus-based wage structure that has been implemented by ownership group Fenway Sports Group?

"I think you have to think about everything," says Rush with regards to a new, record-breaking contract for a player who is already reported to be the highest earner at Anfield.

"At the end of the day, every club in the world would want Mo Salah.

"I know that he would love to stay at Liverpool. There aren't any supporters who will love Mo Salah more than Liverpool supporters, there's no doubt about that.

"It's a difficult situation. I know Jurgen Klopp loves him and all that, so you've just got to wait and see. But if you're Mo Salah, you just carry on scoring goals.

"I know how the structure works with Liverpool, so I think hopefully everything is in agreement and both parties are happy.

"People talk about legends in the game, Mo Salah is one already. He was the fastest to 100 goals.

"But I want Mo Salah to be remembered for someone like myself, Steven Gerrard, Kenny Dalglish, someone who has been at the club a long time.

"We all love what Fernando Torres and Luis Suarez did but they were only there a few years. To be a true legend, though, you need to be at the club for eight or nine years.

"Hopefully we will see Mo Salah do that as well."