By John Irish and David Lewis 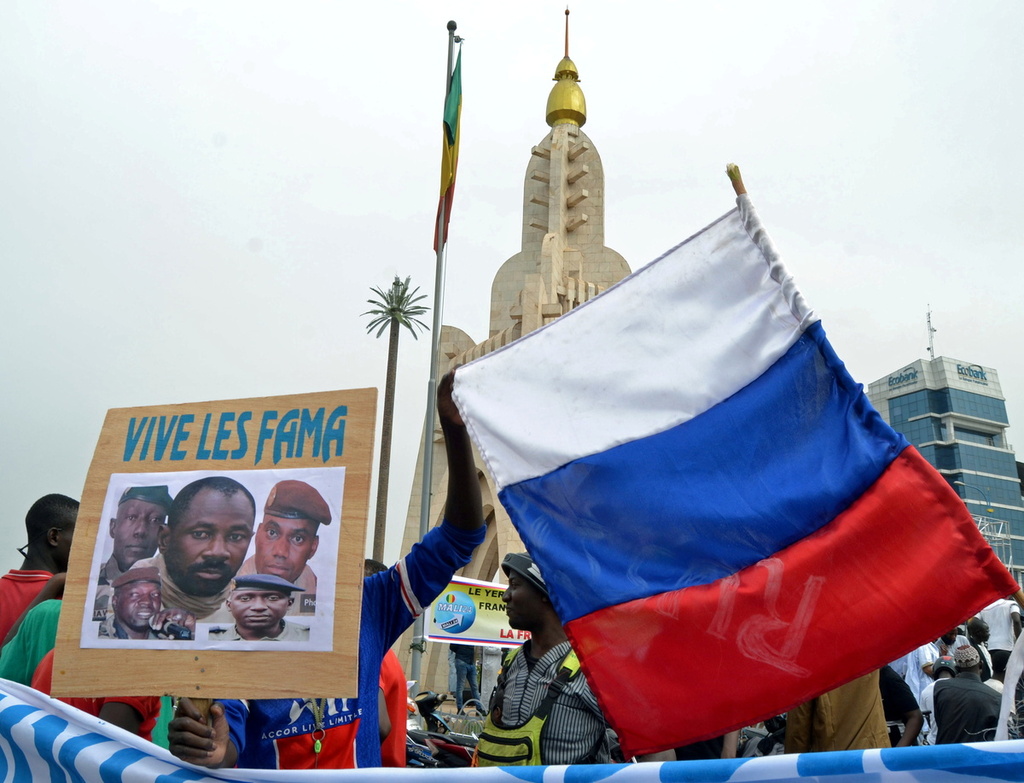 Paris has begun a diplomatic drive to prevent the military junta in Mali enacting the deal, which would permit Russian private military contractors, the Wagner Group, to operate in the former French colony, the sources said.

A European source who tracks West Africa and a security source in the region said at least 1,000 mercenaries could be involved. Two other sources believed the number was lower, but did not provide figures.

Four sources said the Wagner Group would be paid about 6 billion CFA francs ($10.8 million) a month for its services. One security source working in the region said the mercenaries would train Malian military and provide protection for senior officials.

Reuters could not confirm independently how many mercenaries could be involved, how much they would be compensated, or establish the exact objective of any deal involving Russian mercenaries would be for Mali's military junta.

Reuters was unable to reach the Wagner Group for comment. Russian businessman Yevgeny Prigozhin, who media outlets including Reuters have linked to the Wagner Group denies any connection to the firm.

His press service also says on its social networking site Vkontakte that Prigozhin has nothing to do with any private military company, has no business interests in Africa and is not involved in any activities there.

His press service did not immediately respond to a Reuters request for comment for this story.

France's diplomatic offensive, the diplomatic sources said, includes enlisting the help of partners including the United States to persuade Mali's junta not to press ahead with the deal, and sending senior diplomats to Moscow and Mali for talks.

France is worried the arrival of Russian mercenaries would undermine its decade-old counter-terrorism operation against al Qaeda and Islamic State-linked insurgents in the Sahel region of West Africa at a time when it is seeking to draw down its 5,000-strong Barkhane mission to reshape it with more European partners, the diplomatic sources said.

The French foreign ministry also did not respond but a French diplomatic source criticised interventions by the Wagner Group in other countries.

"An intervention by this actor would therefore be incompatible with the efforts carried out by Mali’s Sahelian and international partners engaged in the Coalition for the Sahel for security and development of the region," the source said.

A spokesperson for the leader of Mali's junta, which took power in a military coup in August 2020, said he had no information about such a deal.

Mali's defence ministry spokesperson said: "Public opinion in Mali is in favour of more cooperation with Russia given the ongoing security situation. But no decision (on the nature of that cooperation) has been made."

Russia's defence and foreign ministries did not respond to requests for comment, nor did the Kremlin or the French presidency.

Having Russian mercenaries in Mali would strengthen Russia's push for global prestige and influence, and be part of a wider campaign to shake up long-standing power dynamics in Africa, the diplomatic sources said.

More than a dozen People with ties to the Wagner Group have previously told Reuters it has carried out clandestine combat missions on the Kremlin’s behalf in Ukraine, Libya and Syria. Russian authorities deny Wagner contractors carry out their orders.

Mali's military junta has said it will oversee a transition to democracy leading to elections in February 2022.