What’s new: The figures in a photo criticized by a U.S. Congressman for not standing up during an ovation for the Ukrainian president’s speech at the World Economic Forum (WEF) were not Chinese, but Vietnamese, Caixin has learned.

In a livestreamed interview with CNN, Congressman Michael McCaul referred to the photo to accuse the Chinese delegation of walking out of the room while others applauded Ukrainian President Volodymyr Zelenskyy’s virtual speech at the opening of the WEF annual meeting late Monday morning in Davos, Switzerland.

The report, which some took as a sign of China's stance on the war in Ukraine, quickly went viral.

However, by comparing photos, Caixin determined that the figures in the photo shown on CNN were members of the delegation led by Vietnam’s Deputy Prime Minister Le Minh Khai. A person close to the group confirmed their identities to Caixin.

The deputy prime minister didn’t immediately respond to Caixin’s question on the matter.

The Chinese delegation had rebutted McCaul’s accusation through official media.

The background: The Chinese team, which is led by special climate envoy Xie Zhenhua, was in a meeting with Fatih Birol, executive director of International Energy Agency, during Zelenskyy’s speech.

Xie met Birol in closed-door meeting between 11:15 a.m. and 12:15 a.m., a person from the delegation told Caixin. The two sides discussed the global energy transition and China’s green push. 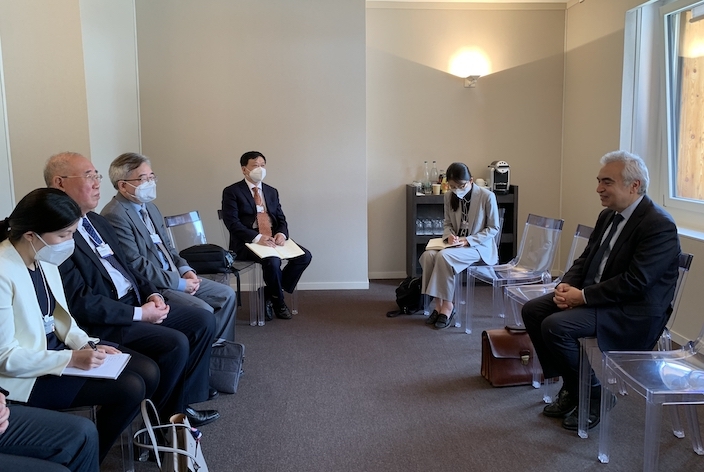 Caixin Global
One subscription that gives you access to news from hundreds of sites
Shanghai Composite Index Rose 1.19% on Wednesday