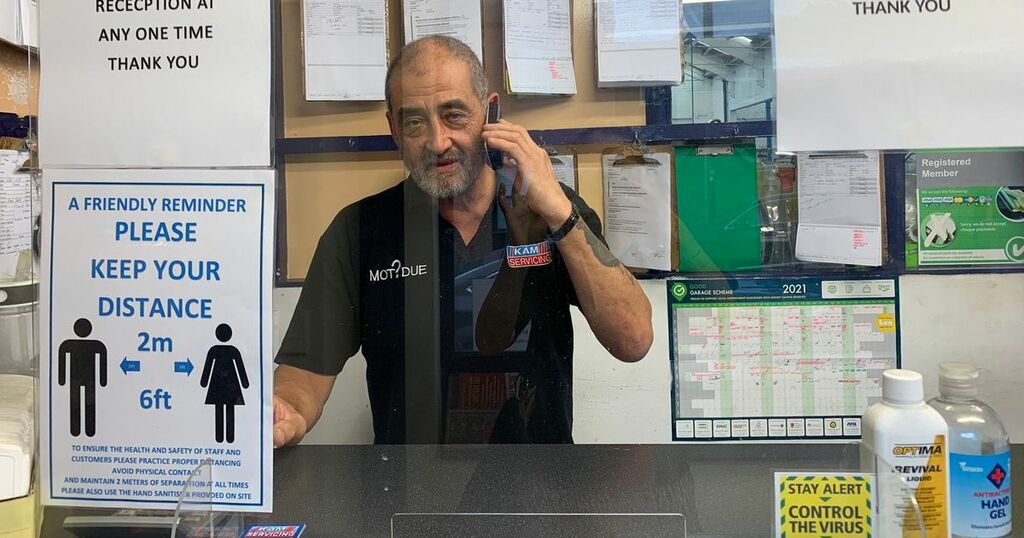 People have praised work to improve the flow of traffic along a 'nightmare' stretch of one of the city's busiest roads - saying 'it's an exceptionally good idea from the council'.

Traffic signals along the A60 Mansfield Road are being improved between the city centre and Gregory Boulevard.

City council chiefs say information will be fed between the new traffic lights which will allow its Traffic Control Centre to respond to what's happening on the roads and adjust signal timings to ease the build-up of traffic.

People in the area said the traffic was "a nightmare" and the improvements were much-needed.

Site manager Shaun Huxley-Duggan, 60, said: "It is a nightmare here.

"It's an exceptionally good idea from the council.

"If it works I'll say it is fantastic move by the council and it is good they're trying to address the problem.

Naveed Tariq, 35, who lives in Mansfield Road, said: "It'll help and anything to reduce congestion is a good idea.

"I use Gregory Boulevard a lot and it can be a bit of a nightmare at peak times.

"The number of vehicles on the road increases every day."

However, Latisha Swinsko, 30, of Addison Street in The Arboretum, was more sceptical.

She said: "I'll be interested to see what it is like and I hope it helps as it will make it more safe.

"But it has been like this for years and I can't see it changing anything."

The work is hoped to be completed by the end of September.

It comes after others spoke about what it's like to live near Mansfield Road's junction with Forest Road East, near The Forest Recreation Ground.

Nottingham City Council's portfolio holder for transport, Councillor Rosemary Healy, said: “Mansfield Road is one of the main arterial routes and a major bus route in and out of the city and can be very busy, especially at peak times.

"We are currently carrying out improvements to the traffic signals along Mansfield Road between the city centre and Gregory Boulevard which will improve the traffic flow and ease congestion along this important route.

“We are hoping to complete this work by the end of September, when the upgraded traffic signals at all junctions will start to feed traffic volume and queue length data to each other.

"This will allow our Traffic Control Centre to respond to emerging traffic situations and adjust signal timings to free up built-up traffic.

"If there is build-up on side streets, such as Forest Road East, this will be detected and can be released – but of course as a major route, Mansfield Road will be given priority.

“We’re aware that traffic flow is sometimes being affected while the works are underway and we do what we can to ease this where possible.

"We apologise for these short-term delays but would ask drivers to bear with us a bit longer as they will benefit from these improvements in the long run.”