Aprilia's middleweight series built around the 660 platform is proving to be quite a stellar lineup of bikes. The RS660, the frontrunner in the Noale company's 660 model range, is considered by many to be one of the best middleweight sportbikes currently on sale. A hefty claim, indeed, but the bike surely seems to be living up to the hype.

Shortly after the RS660's release, Aprilia dropped yet another bombshell with the Tuono 660. Taking the edge off the RS660's aggressive ergonomics, the Tuono 660 featured the same powerful parallel-twin engine, but offered a more upright seating position making for a truly rowdy middleweight naked bike. The most recent addition to Aprilia's 660 lineup takes the form of the Tuareg 660. On paper, the Tuareg 660 looks like the perfect rival to the likes of the Tenere 700. In fact, the Tuareg beats the Tenere in terms of premium features, but of course, commands a much higher price tag.

It goes without saying that every time a new model from a major manufacturer hits the market, aftermarket manufacturers scramble to release new products specific to these bikes. Now, similar to Yamaha's crossplane twin, or CP2 engine, Aprilia's 660cc parallel-twin makes use of a 270-degree crankshaft, meaning it's one of the best-sounding engines out there, well, in my opinion at least. As such, it's not surprising that the stock exhaust system is often the first to go, and the Tuareg 660 is certainly no exception.

Italian exhaust specialist Exan has released two new exhaust options to give the Tuareg 660 a dash of manic character. Luckily, both exhaust options are Euro5-compliant, so you can breathe easy knowing they conform to the latest emission standards. The X-RALLY is the first exhaust system, and it gives the bike a retro touch thanks to its old-school design. The X-RALLY bolts directly onto the stock manifold, and is available in either carbon, titanium, or black stainless steel finishes. It comes with a removable dB killer, too. The slip-on system retails for 400.50 Euros, or $433 USD.

Up next, the OV-RALLY, a simpler, more streamlined exhaust system, offers a similar retro look but tidies things up just a bit more thanks to its oval canister shape. It's available in three finishes—carbon, titanium, and stainless steel, and just like the X-RALLY, bolts directly onto the stock manifolds making for an easy installation. It's a tad more affordable at 364.50 Euros, or the equivalent of $394 USD. 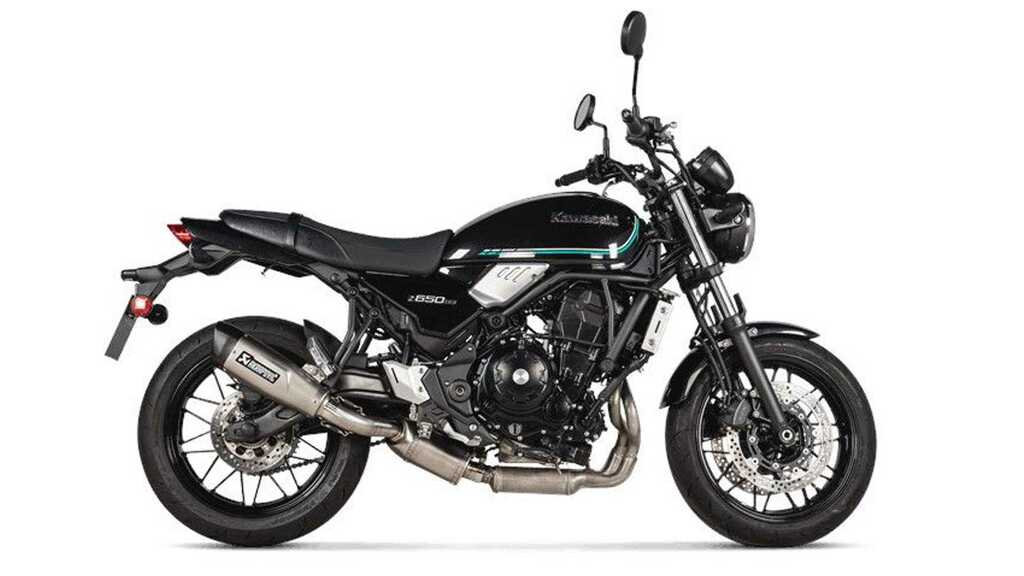