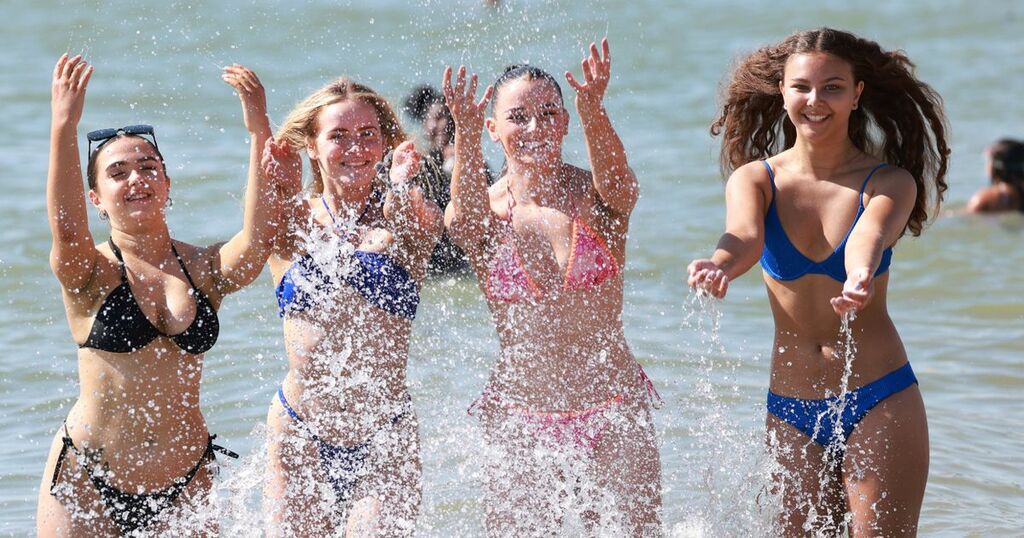 This may not be the last sunshine we will see this year, the Met Office have hinted.

Brits are currently baking in temperatures of up to 30C but many fear it's one last hurrah after a forgettable summer.

The boiling blast from the Continent brought thousands to beaches across the UK to make the most of the scorching weather.

Some parts of England are currently hotter than Mumbai, India.

However, with thunderstorms forecast most think this will be the last sunshine we see in 2021 with "rain and instability" to follow.

But hopes of an Indian Summer are rising fast with the end of September is already looking hotter than anything we saw in August.

Are you enjoying this late blast of summer? Let us know in the comments

The Met Office say we shouldn't stick our sunglasses in the back of the drawer just yet.

In around two weeks time a surge in temperatures appears to be on the cards.

A spokesperson told the Mirror: "After a very warm few days, the outlook changes and we will see more mild conditions as things again become a little unsettled.

"We expect that theme to continue, but towards the end of the month there is a signal that the warmer weather will return."

Light showers are expected everywhere by September 12 but that doesn't mean the warm weather is done for the year.

This month looks to be a calmer and more settled month than the two that proceeded it.

The summer is one of the most miserable for a decade, statistics reveal.

Total hours of sunshine across the country were at their lowest since 2012, data shows.

Met Office forecaster Steven Keates said: “This summer has certainly been unremarkable and pretty bland. It’s not going to be remembered for warmth.

“We’ve had flooding, some parts of the country have seen double their average rainfall, and temperatures have been average.”

Thunderstorms are expected to descend on the south-west,

Jim Dale, a forecaster at British Weather Services, fears the change of pressure could cause extreme weather conditions.

Flash flooding, hail and storms could be coming before long.

He told the Express : "There will be thunderstorms from Wednesday and Thursday this week.

"From Thursday, the scattered thunderstorms are likely to become more widespread in England and Wales.

"Low pressure from the south will push the high ridge of hot air away by the end of the week, which could cause flash flooding, hail, storms and even mini-tornadoes if you're really unlucky.

"So people should be prepared if they are planning to walk in the park with a t-shirt on."