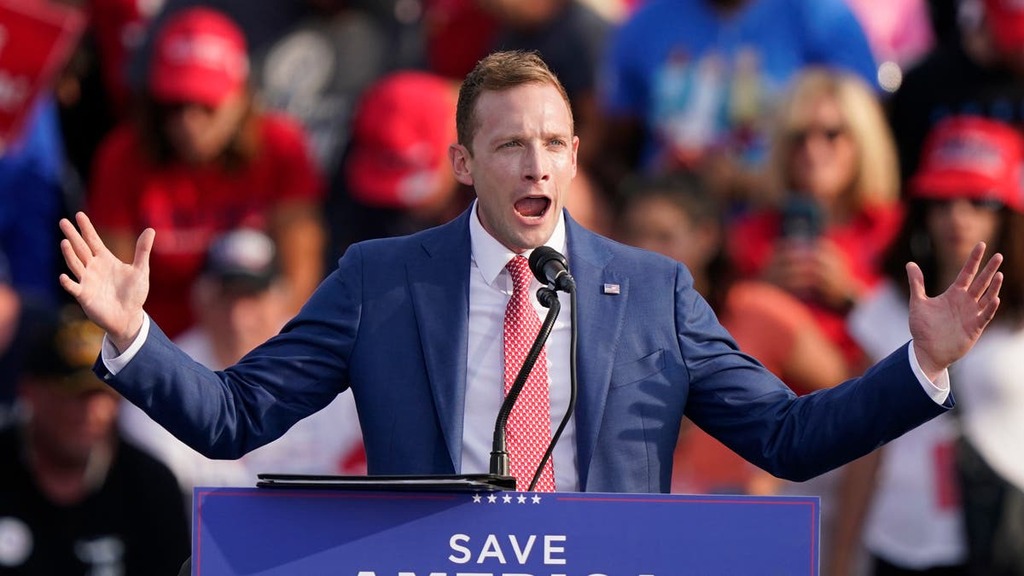 A former Trump aide and congressional candidate in Ohio has filed a defamation lawsuit over allegations of physical abuse that his former girlfriend and White House colleague is leveling while promoting her new book.

A Cuyahoga County judge has denied Miller's request for an immediate restraining order against Grisham, whose promotional tour includes several national interviews. The judge set a hearing for Oct. 13.

In Grisham's new book, “I’ll Take Your Questions Now: What I Saw at the Trump White House,” and in a Tuesday opinion piece in The Washington Post, she claims a fellow member of then-President Donald Trump’s staff physically abused her.

While Grisham did not use Miller's name, his complaint acknowledges he is the boyfriend in question.

His lawsuit says the article is “replete with libelous and defamatory false statements."

In it, Grisham alleges that the relationship “had become violent, reaching its worst point on the day I left” and that she had shared what had happened with both the former first lady and the former president.

Melania Trump she wrote in The Washington Post, “asked me if I had called the police and I said no, explaining that this close to the election, it wouldn’t be good to have yet another domestic abuse scandal hanging over the administration.”

While the book is vague on the specific allegations, Politico reported in July that Grisham and Miller’s relationship ended “when he pushed her against a wall and slapped her in the face in his Washington apartment after she accused him of cheating on her.”

Miller's lawsuit told the Cuyahoga County Court of Common Pleas that Grisham is leveling the abuse allegations with actual malice, intending to harm him.

In a statement responding to the suit, Grisham said, “Of course I expected this. It’s another form of abuse and intimidation, and it’s right out of the Trump playbook.”

Trump encouraged Miller to run and has endorsed him against fellow Republican U.S. Rep. Anthony Gonzalez, a one-time rising star within the GOP who voted to impeach the former president for his role in inciting the Jan. 6 attack on the U.S. Capitol.

Gonzalez announced on Sept. 17 that he would not seek reelection, citing “toxic dynamics” inside the Republican party.

Matthew Diemer, a podcast producer from Bay Village west of Cleveland, is running on the Democratic side.