Ex-Theranos CEO Elizabeth Holmes ‘decided to lie’ as she was ‘out of time and out of money,’ court hears 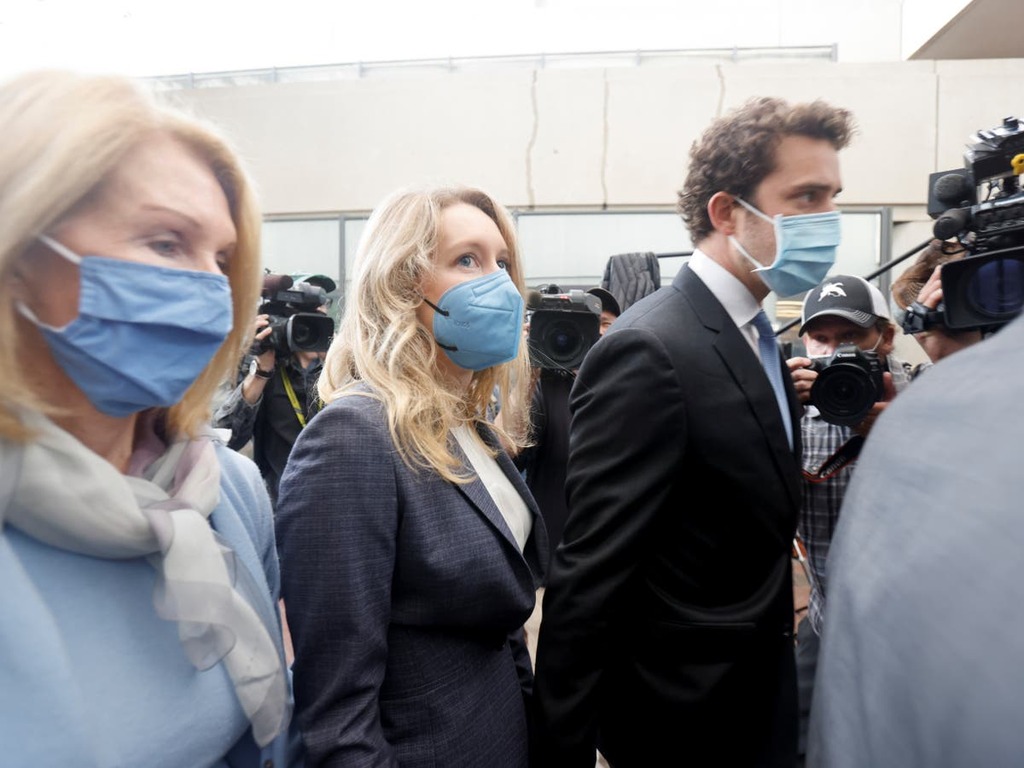 During the opening statement for the US government in the trial of Theranos founder Elizabeth Holmes, a federal prosecutor said that she “decided to lie” because she was “out of time and out of money”.

The government will attempt to prove to the jury that it was the intent of Ms Holmes to mislead investors, patients and doctors about what her supposedly ground-breaking blood-testing technology was capable of in order to get hold of their money.

Ms Holmes, 37, who has pleaded not guilty, founded her company in 2003 at the age of 19 after dropping out of Stanford. The goal of Theranos was to radically change how blood testing is done. She now faces up to 20 years in prison if she is found guilty of the charges – 10 counts of wire fraud and two counts of conspiracy to commit wire fraud.

Federal prosecutor Robert Leach began his opening statement by saying that the evidence they plan to bring will show that Ms Holmes and her former business partner and ex-boyfriend Sunny Balwani, 56, performed a scheme to defraud investors and patients. Mr Balwani has also pleaded not guilty and has denied allegations of abuse from Ms Holmes. He is due to go on trial in January on charges related to Theranos.

“This is a case about fraud, about lying and cheating to get money,” Mr Leach said. He added that in 2009, Theranos was short on cash as it got less and less work, and the company could barely pay its employees.

Large pharmaceutical companies, such as Pfizer, chose not to work with Theranos. Mr Leach said that as she was “out of time and out of money, Elizabeth Holmes decided to lie”.

The federal prosecutor said that Ms Holmes gave a false report to Safeway and Walgreens that made it appear as if Pfizer had endorsed Theranos’ blood analysers.

“Holmes dazzled Walgreens and Safeway with these and other false claims,” Mr Leach said.

Theranos was using blood testing machines made by other companies, the prosecutor said. They were machines that could be found in any other lab, he added.

Mr Leach said that in the summer of 2013, Ms Holmes told her staff to modify third-party machines so that her company could perform tests on small amounts of blood.

“This was not the mini-lab she had promised,” Mr Leach said, according to NPR. “This was a way to deceive Walgreens and Safeway.”

The Assistant US Attorney for the Northern District of California also said that Ms Holmes gave investors a fake Pfizer report, appearing to use the company’s letterhead.

As he finished up the government’s opening statement, Mr Leach said: “This is a case about fraud, about lying and cheating to get money.

“It’s a crime on main street, and it’s a crime in Silicon Valley,” he added.

Lance Wade, a defence lawyer for Ms Holmes, told the court: “Elizabeth Holmes did not go to work every day to lie, cheat and steal. The government would have you believe that her company, that her entire life, is a fraud. That is wrong. That is not true.”

He added that she “worked herself to the bone for 15 years trying to make lab testing cheaper and more accessible. She poured her heart and soul into that effort. In the end, Theranos failed and Ms Holmes walked away with nothing, but failure is not a crime”.