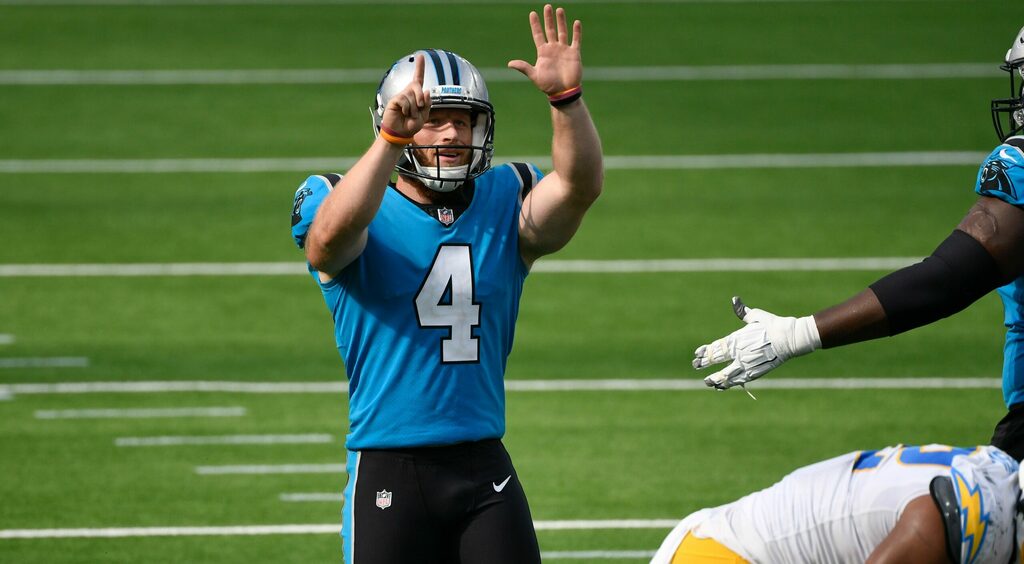 Following a preseason that crumbled in a matter of two weeks right before him, former Carolina Panthers kicker Joey Slye has found himself a new home. So you can probably say that he just landed on his feet . . . or foot?

Either or, the Houston Texans announced the addition of Slye on Tuesday evening. The third-year boot was brought in alongside Michael Badgley the day prior for a workout, perhaps indicating that the injury to current starter Ka’imi Fairbairn may be an extensive one.

Slye first signed on with the Panthers ahead of the 2019 season, where he went on to replace the injured Graham Gano for the entirety of the campaign. His rookie year saw him nail 25 of his 32 field attempts. He’d follow up in 2020 with a 29-of-36 conversion clip.

The 25-year-old faced zero competition throughout much of the summer, as Carolina did not roster another kicker until Slye’s struggles began. He was ultimately beaten out by current incumbent Ryan Santoso after going a combined 6-for-10 on all of his attempts during exhibition play.

Houston may not be a long-term stay for Slye, but at least he’s still in the fold at some capacity.