U.S. prosecutors on Wednesday unveiled drugs and weapons charges against a former police chief for Honduras, saying he conspired with now-detained former President Juan Orlando Hernandez to ship cocaine to the United States.

Juan Carlos Bonilla, who led the Central American country's police between 2012 and 2013 under right-wing President Porfirio Lobo, was extradited from Honduras on Tuesday, and is expected to appear in Manhattan federal court on Wednesday.

Bonilla's extradition came three weeks after Hernandez, who left office in January after eight years in power, was also extradited.

Hernandez pleaded not guilty on Tuesday to accepting millions of dollars from drug traffickers in exchange for protection from arrest.

"(Bonilla's) extradition demonstrates that no one is exempt by virtue of their title or position of authority, even foreign presidents and police chiefs," Damian Williams, the U.S. Attorney in Manhattan, said in a statement.

A U.S.-based lawyer for Bonilla did not immediately respond to a request for comment on Wednesday.

Prosecutors said Bonilla, also known as "El Tigre," directed police to let cocaine shipments pass through checkpoints without being inspected or seized, in exchange for bribes.

They also said Hernandez, while serving as president of Honduras' congress around 2010, helped Bonilla advance his position in the police force in exchange for protecting his drug trafficking activities.

Bonilla has denied the accusations, and in a letter published last week in Honduran media wrote that he has a "clear conscience." 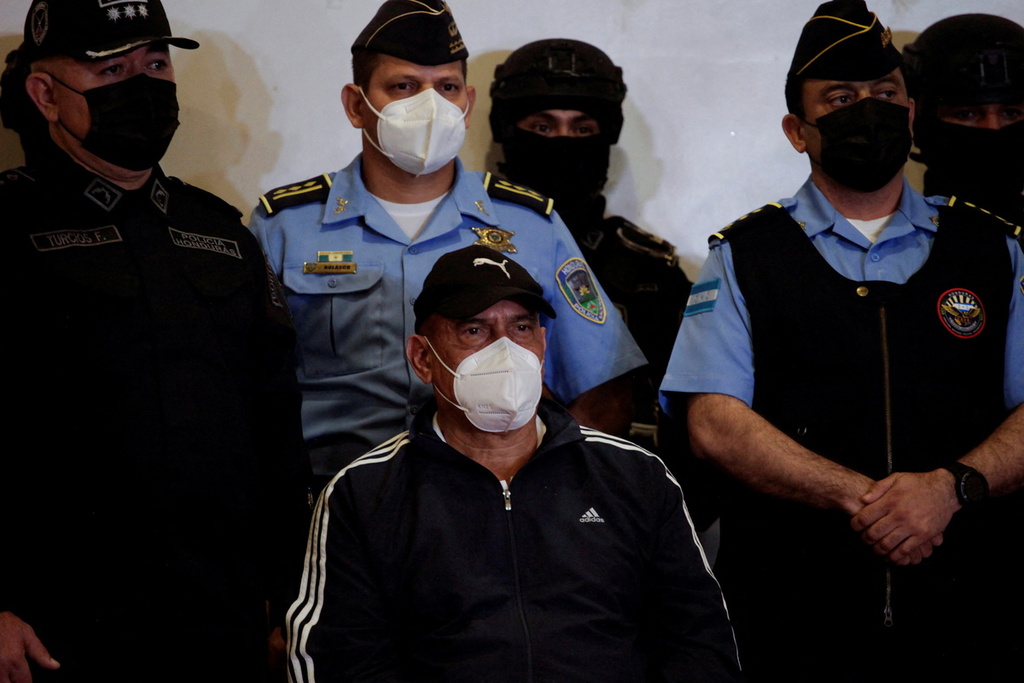 Reuters
One subscription that gives you access to news from hundreds of sites
Ex-Honduran leader pleads not guilty to US drug charges, former top cop extradited