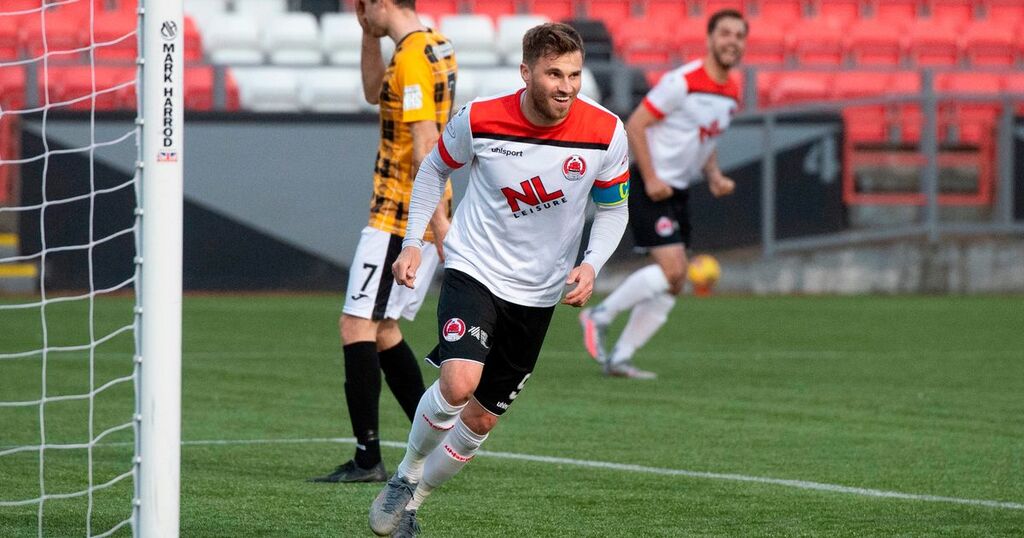 Clyde boss Danny Lennon says striker David Goodwillie is a pleasure to work with and a great personality after he hit his 100th goal for the club in Saturday's 3-2 defeat at Peterhead.

The former Dundee United and Blackburn Rovers star has hit a rich vein of form this season, with eight goals in nine games, as he netted his 99th and 100th for Clyde.

Goodwillie's first goals for the Bully Wee came back in 2017 when they were trailing 2-0 to Elgin City at half-time, but his hat-trick earned them three valuable points with a 3-2 win.

In his first full season at the club, Goodwillie netted 27 goals, hit 22 the following season, helping Clyde secure promotion to League One.

Even in the shortened 2019-20 season, Goodwillie still fired in 25, and hit 14 in a hectic schedule last term.

Lennon told the club's website: "David is an absolute pleasure to work with. You just see how important he is to Clyde Football Club, with him reaching that amount of goals in such a short period of time.

"Every time you come across David, and when he's on the training ground, he is an absolute pleasure.

"He's a great personality, a great character, and loved by everybody at this football club.

"The mark of the man is that we mentioned his 100th goal after the game on Saturday there, as it's not an everyday thing that is achieved, and he stands up and apologises that it wasn't 101!

"It's a wonderful achievement for David."