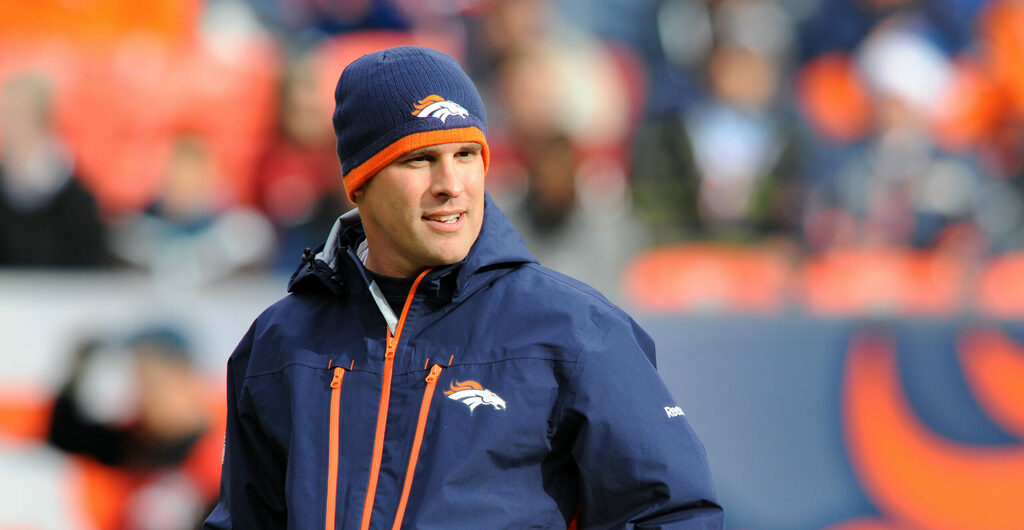 New England Patriots offensive coordinator Josh McDaniels didn’t even last two full seasons as an NFL head coach with the Broncos. And in the process, he was part of a “Spygate” controversy of his own.

In 2010, McDaniels and the Broncos were each fined $50,000 after a team staffer, Steve Scarnecchia, got caught filming a San Francisco 49ers practice in London. Scarnecchia was also involved in the Patriots’ Spygate scandal, so yeah, the guy’s track record wasn’t great.

But former Broncos player D.J. Williams appeared to make a pretty glaring mistake in recalling how the Broncos’ possible cheating played out behind the scenes.

In an appearance on the I Am Athlete Podcast, Williams discussed how the Broncos were 6-0, extremely prepared, got caught filming and subsequently fell apart. The problem: Williams had his years mixed up.

"We started 6-0." – "We lose to San Francisco, our film guy got caught filming their practice."

In 2009, the Broncos did indeed start 6-0 only to close out the season on a 2-8 skid and miss the playoffs. However, Denver didn’t play the Niners in London until the 2010 season. The Broncos were 2-5 heading into that Niners game.

So, Williams framing the Niners game as the turning point wouldn’t match the timeline because the scandal happened a year after the 2009 collapse. Brandon Marshall, who was with Denver for the 2009 season but not 2010, didn’t appear to catch Williams’ mistake either. Williams was mixing up his seasons.

McDaniels ended up getting fired a month after his $50,000 fine. He re-joined the Patriots staff in 2012.