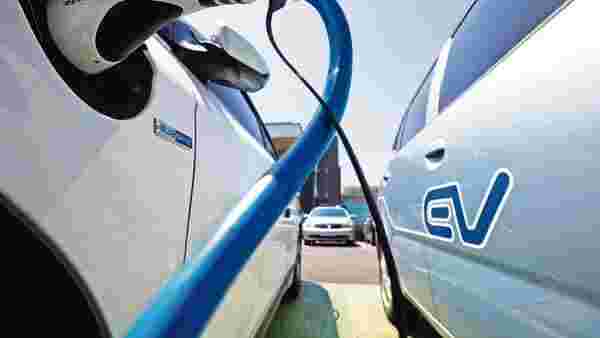 NEW DELHI : Bengaluru-based Exponent Energy may have a solution to the challenges for setting up the charging infrastructure for electric vehicles (EVs) in India. The startup claims its proprietary technology can charge a commercial EV battery from 0% to 100% in just 5-15 minutes, paving the way for faster EV adoption in the country.

Arun Vinayak, co-founder of Exponent Energy and former chief product officer of Ather Energy, said that its technology is compatible with regular lithium-ion batteries as well as other commercial battery types available in the market. Exponent will work with EV manufacturers and charge point operators to deploy the solution across India, he said.

Exponent was co-founded by Vinayak and Sanjay Byalal Jagannath, the former hardware strategy sourcing and cell strategy lead at Ather.

“It is fair to say that EVs are better vehicles, but have broadly remained shackled because of the energy problem," said Vinayak, adding that no one had been focusing on delivery of power from the charger to a battery.

“On the one side, you have charge point operators buying charging stations and putting them up on grids, while OEMs were focusing on building batteries and vehicles, but they don’t seem to work together. Which is why you see vehicles taking eight hours (or more) to charge up, and batteries lasting up to 1,000 cycles," he said.

To work around this issue, Exponent Energy developed the so-called Flexible Energy Stack—a combination of hardware and software solutions—for a fast charging solution. It devised a battery management system (BMS), which is an electronic system used to monitor and manage power stored and supplied to an EV.

Vinayak said nearly 50% of Exponent’s technology is software, controlling how seamlessly and accurately energy flows from the grid to the charger and then to the battery. “For us, a battery involves buying cells that are commercially available, slapping on our BMS having the right thermal management for the EV, which lets us rapid-charge commercially available cells," he said.

Vinayak said Exponent’s BMS is 10 times more accurate than any other BMS available in the market. An EV battery includes thousands of cells, which may be at different levels of charge when a vehicle is connected to a power source. Exponent’s BMS understands what state the entire battery is in, including its health and charging history. It also creates customized charging profiles for batteries.

The startup will offer warranties for 3,000-charge cycles for batteries charged with its technology. The startup has tested a battery for 800 cycles, with each cycle being a 15-minute charge followed by a one-hour discharge. It recorded less than 3.5% degradation in battery capacity. This is key as lithium-ion batteries lose capacity each time they are charged.

According to Vinayak, a battery fails to meet the standard if there’s more than 20% degradation after 1,000 cycles. “Fundamentally, rapid charging is not new. It has been around since 2008. But you had to use cell chemistries like lithium titanate oxide (LTO) batteries, which are three times heavier and five times more expensive. This makes it infeasible for commercialization," said Vinayak.

That said, the EV sector is experimenting with cheaper options too. “I think the alternative to fast charging right now is battery swapping, which takes no time," said Kavan Mukhtyar, partner and leader, automotive, PwC India. “A lot of companies are trying that route, especially for two-wheelers, because in the Indian environment the perception is that a super or a rapid-charger will be a pretty high investment, while swapping may be a more economical option, provided one can solve pilferage issues," he added.

Any fast-charging technology requires an adapter that can charge batteries fast and a battery that can charge faster, or both. Exponent has two products, an e-pack and an e-pump, which are basically battery packs and charging stations built using its tech.

Companies can continue sourcing cells from current suppliers and ask Exponent to make them compliant with its technology. Most OEMs today work with battery manufacturers that source cells from China and build battery packs.