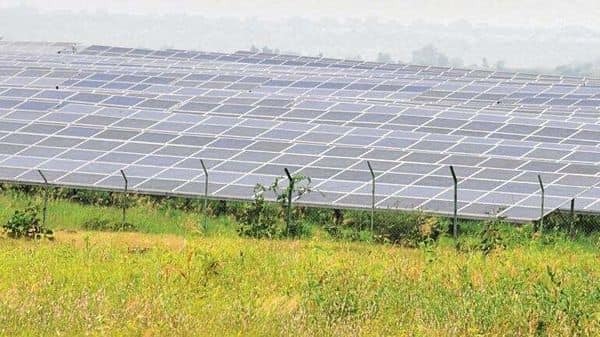 “This (transaction) will enable us to deliver our comprehensive, end-to-end ecosystem leading to cost-efficient green energy for Indian consumers," Reliance chairman Ambani said in a statement.

“REC was the first to introduce half-cut passivated emitter and rear cell technology, which is adopted by all major manufacturers today, while REC has moved on to its next-generation heterojunction tech," RIL said in a separate statement, adding that RIL plans to use this industry-leading technology in its fully integrated, metallic silicon to PV panel manufacturing giga factory at the Dhirubhai Ambani Green Energy Giga Complex, Jamnagar, initially starting with 4GW per annum capacity and eventually growing to 10GW per annum.

In Sterling & Wilson Solar, Reliance New Energy plans to buy a 15.56% stake through a preferential allotment of 29.3 million shares; 18.4 million shares, or 9.7% of the outstanding, from Shapoorji Pallonji and Co.; and 49.1 million shares, equivalent to a 25.9% stake, through an open offer under the country’s takeover regulations.

“Reliance New Energy will hold 40% of the equity capital of Sterling & Wilson, consequent to acquisition in the open offer, follow-on acquisition of shares from Shapoorji Pallonji and Co. and Khurshed Daruvala, and sell down if any required," RIL said in a statement.

RIL, which generates more than half of its revenue from refining and chemicals, is pivoting to clean energy with plans to set up the Dhirubhai Ambani Green Energy Giga Complex on 5,000 acres in Jamnagar, as announced by Ambani at RIL’s annual shareholders’ meeting. In addition to an integrated solar PV module giga factory, RIL also plans to set up giga factories for electrolyzer, fuel cell and energy storage, respectively.

As part of its green energy pivot, RIL also plans to help set up 100GW of solar energy by 2030.

“The acquisition of REC will help Reliance with a ready global platform and the opportunity to expand and grow in key green energy markets globally, including Europe, the US and Australia," RIL said.

Sterling & Wilson Solar has a 3,000 strong team and presence across 24 countries. It provides a range of solar energy turnkey solutions, including design, procurement, construction, project management and operations and management. Khurshed Daruvala will continue to be the chairman and lead the next phase of growth for Sterling & Wilson, the company said.

It will help the group pare its debt of ₹20,000 crore, of which ₹10,900 crore is under a one-time restructuring package under the covid-19 relief framework regulations of the Reserve Bank of India.

The group is also planning to sell a stake in Afcons Infrastructure.