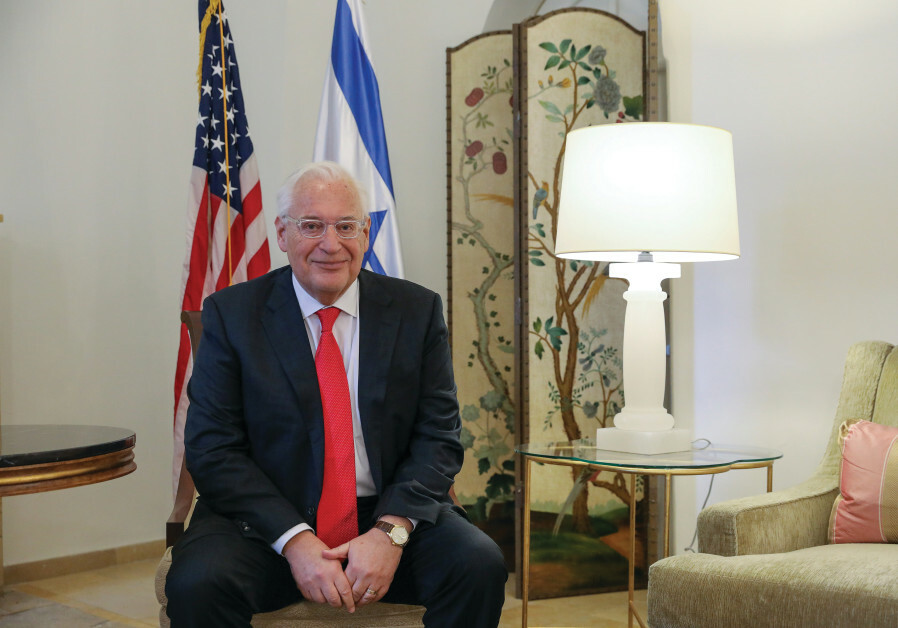 If the Muslim world sees how tolerant and welcoming Israel is, new opportunities for peace and cooperation will open up, former US ambassador to Israel David Friedman said Sunday, ahead of the kickoff event of his Friedman Center for Peace through Strength on Monday.

Like many other former US officials involved in the Abraham Accords, Friedman looked for a way to continue the efforts toward Israel-Arab peace outside of government. Rather than doing what Jared Kushner’s Abraham Accords Peace Institute and other organizations are doing, Friedman found a different niche.

“I want to build trust through religious tolerance, to show how Israel respects the religious rights of all people and, in particular, of the Islamic world,” he said.

Friedman pointed to rumors and libels that Israel or Jews want to destroy al-Aksa Mosque, which have sparked violence since the 1929 Hebron massacre to the 2015 stabbing Intifada.

“Of two billion Muslims in the world, only a tiny fraction have ever been to al-Aksa,” he said. “They have limited information. Often the media in the Arab world has not been fair about this issue.”

In reality, “while not perfect, Israel does a really outstanding job of facilitating Muslim prayer at al-Aksa and other holy sites,” he added. “I want the Muslim world to see that.”

With direct flights to Israel from the United Arab Emirates, Bahrain and Morocco, which are signatories to the Abraham Accords, as well as new flights from Egypt, Friedman sees an opportunity for Muslim tourism in Israel.

“I think Israel has a story to tell here,” he said. “I think it’s important because it then will drive everything else. When there’s trust between peoples, you can accomplish anything.”

Friedman hopes to promote tourism by Muslim leaders, students and businesspeople, who can “remove this lingering suspicion that somehow Muslims are not treated fairly at the third-holiest site of Islam. We can change the perception radically and quickly for the better.”

Practically, that means having the Friedman Center, a nonprofit organization, work with the government of Israel and other organizations to create a welcoming atmosphere for Muslim visitors to the Jewish state, including facilitating the construction of new hotels, restaurants and other businesses.

This, in turn, could help provide jobs for and encourage entrepreneurship by Arab residents of Jerusalem and the area in the tourism industry.

“We can create opportunities in Jerusalem and maybe all of Judea and Samaria,” Friedman said. “Creating jobs and also goodwill – when you put those together, I think the politics takes care of itself.”

Friedman hopes he will be able to leverage the relationships he built and the experience he gained in his four years as ambassador to make the Friedman Center a success in fostering peace and cooperation.

“Ultimately, bringing people together under the right circumstances, putting politics aside and creating a welcoming, uplifting, optimistic environment – that drives everything else,” he said.

Monday’s gala dinner launch of the Friedman Center for Peace Through Strength will feature the world premiere of The Abraham Accords, a five-part documentary on the peace and normalization deals, which Friedman produced with the TBN Network.