It's been a stressful week for those who own bitcoin and other cryptocurrencies, as they watched billions of dollars get wiped off the value of their assets.

Bitcoin (which has often been touted as "digital gold" or a "hedge against inflation") plunged below $US25,500 this week — a far cry from the record high $US69,000 price tag it commanded back in November.

The wider crypto market (which includes thousands of digital currencies and tokens) has seen its value plunge by more than 50 per cent since then.

Lately, people have been dumping their riskier, speculative assets like crypto, tech stocks, and shares in companies which are still in their "growth" phase (and not paying dividends).

It comes as the US Federal Reserve (and central banks globally) hike interest rates aggressively — and remove trillions of dollars worth of COVID-19 stimulus, in a desperate bid to keep a lid on decades-high inflation.

Apart from those "big picture" economic factors, analysts say the crash of the TerraUSD "stablecoin" (or UST) — and its potential contagion effect — was the main reason behind this week's cryptocurrency sell-off.

Stablecoins like UST, Tether and USDC are like bank accounts for the crypto ecosystem, and their value is usually pegged to fiat currencies like the US dollar (on 1:1 basis).

In theory, they're meant to have a fixed value (around $US1) so they can be a reliable store of value — in contrast to the extreme volatility of bitcoin, ethereum and others.

Terra was one of the world's most valuable (and stable) digital currencies. But on Tuesday, a huge sell-off occurred as the value of the Terra stablecoin suddenly "unpegged" from the US dollar.

Its value plunged from $US1 (where it was always meant to remain) to 60 US cents. Then it crashed again on Wednesday, bringing its value down to 20 US cents.

It was the equivalent of a crypto "bank run", as people rushed to pull their money out.

Where did it go wrong?

Most stablecoins are backed by cash reserves, and they're supposed to have enough liquid assets on hand to match the value of each coin.

However, Terra (UST) is an “algorithmic” stablecoin — whose value is backed by a "sister" token called Luna, which is run on pre-programmed "smart contracts".

When Terra dips below $US1, it can be swapped for Luna tokens (at a small profit). In theory, that's meant to keep the value of both stable.

It's basically like printing money out of thin air, through a complex mix of "smart contracts" — to make sure the value of each UST token stays as close as possible to $US1.

But the problem was that these complex algorithms somehow failed spectacularly.

Luna somehow crashed at the same time as UST, in what has been described by analysts as a "death spiral".  Essentially, investors rushed to liquidate their digital assets quicker than the "algorithmic" stabiliser could take effect.

The price of the "sister" token dropped from about $US86 at the start of this week, to just 0.003 US cents on Friday.

In other words, Luna has collapsed (and lost nearly all its value) in a very short amount of time.

Investors suffered unprecedented losses as Luna's market value plummeted from $US40 billion to about $US500 million, which led to a sell-off and crisis of confidence across the wider cryptocurrency market.

How did the 'evil genius' plot unfold?

Nobody knows who caused the price of Terra and Luna to crash.

But many on social media are pointing the blame at the big US hedge funds and trading firms, given the massive trades involved.

BlackRock and Citadel Securities have issued statements denying any involvement in Terra's crash.

"We don't know if the momentum was created by collusion," said Lisa Wade, the CEO of blockchain company DigitalX.

"Conspiracy theorists would say 'yes', because it's a massive trade. I mean, in all of my career, it's one of the biggest trades that I've seen," she told ABC's The Business.

Ms Wade said, as part of this complex plot, the buyers appear to have purchased around $1 billion worth of UST stablecoins, while "shorting" bitcoin (which is a risky way to make money, by betting on the price of an asset falling — instead of rising).

"What they did next was they timed the market.

"So obviously we're in a really volatile risk-off stage of the market — because of everything that's been happening with the [US] Fed and the macro environment.

"They waited until a Saturday night when [trading] volumes were very low, and there were no bids.

"And then they went into a trading pool and started selling UST in massive volumes, which then triggered all of the subsequent selling in a low-volume market that broke the [US dollar] peg.

"Inside the algorithm was what our team had identified as a 'death spiral' ... the selling starts to feed on itself from the mechanics of the algorithm.

"So when the death spiral kicked in ... the algorithm started selling Bitcoin and Avalanche [another cryptocurrency], which triggers more selling.

"Luna was impacted because it's the underlying [backer] of the UST. So every time a UST [token] is bought, a Luna [token] is burnt, which means there's less tokens in supply, so the Luna price goes up.

"The reverse applies when people start selling. So every time someone sells a UST, they mint a Luna, which means there's more volume.

"And if there's no buyers and the price goes down, then it starts to feed on itself, because people start panicking and selling Luna.

"This was an exploitative trade that took advantage of the fact that markets are weaker. The perfect storm was nobody stepping up to buy the bitcoin and the UST".

'I lost all my life savings'

Unfortunately, there is a human cost to the failure of the Terra stablecoin.

A long list of suicide prevention hotlines can be seen at the top of the TerraLuna Reddit page — including Australia's LifeLine, and similar organisations from the United States, Britain, Spain, China, Sweden, and 90 other countries.

Many Reddit users have also posted stories about the consequences of losing their money from their Terra and Luna cryptocurrency investments.

"But I got greedy hoping to get more money so I can at least afford a downpayment for a house for my family. I guess no house and savings then."

Reserve Bank deputy governor Michelle Bullock said that, while crypto markets were still too small to threaten overall financial stability, the volatility and losses for small investors were a concern.

"The crypto world is causing problems for everyone at the moment," she told a FINSIA lunch of financial professionals.

What next for crypto markets?

"What upsets me is that I can look at it through a trader's lens and be clinical and analyse the trade," Ms Wade said.

"However, on the other side of that are mums and dads.

"The reason why UST was worth $US18 billion was because it was backed by a savings pool.

While Ms Wade said this kind of trading wasn't illegal, the ethics of it were "questionable", and she believes it will likely lead to regulation in the crypto markets being fast-tracked.

Terra's backers are currently trying to raise about $US1.5 billion to boost the value of the stablecoin, and restore its parity with the US dollar — with little success so far.

But the concern amongst anxious investors is that: if the value of a supposedly "stable" digital asset can be wiped out so easily in a few days, who else is next in the crypto firing line? 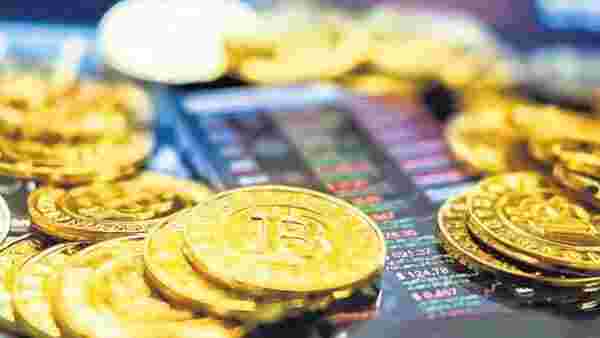 Crypto market takes breather from selloff, Bitcoin nears $31k; Is the worst over?
In Fitch's opinion, there could be significant negative repercussions for cryptocurrencies and digital finance if investors lose confidence in stablecoins.

The Guardian - UK
The significance of the crash of stablecoin terraUSD

Stablecoin terraUSD (UST) crashed from its $1 value this week, while its sister token Terra (Luna) slumped more than 95%…