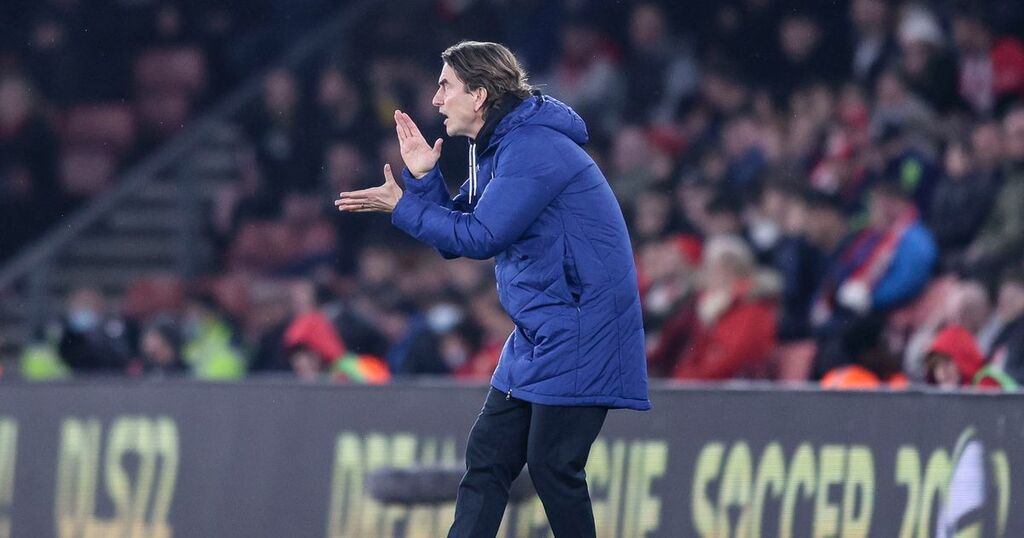 Brentford will play a different Liverpool this weekend than the team you faced in September. What type of reaction are you expecting from the players?

It's the first time we are going to Anfield, we all know it's one of the most iconic stadiums in the world. We are all looking forward to that and we want to go there and express ourselves and attack, because we want it to be a fun and good experience at two o'clock but also at four o'clock. So, it's not that fun if we go there and get beaten 4-0, it's only a fantastic experience if you go there, perform and get a result and that's what we're aiming for.

What is it about Anfield that everyone else looks forward to being there?

It's also about the atmosphere. It's one of the stadiums where what I've heard, I've been there a few times that the atmosphere, when the fans are really on it which they normally are, is unbelievable. Plus the way Liverpool play under Klopp, makes it so hectic, so intense that it's going to be a very big experience, I'm 100% sure of that.

Hopefully it's going to be a good experience because if we go there and lose 4-0, it's just "For 10 seconds, it was good fun" but we all want to win and compete, so I know there's a risk that we can lose 4-0, but there is also a chance we can win the game and that's fantastic confidence to go into this game.

Sergi [Canos] should be available, he trained today so that was positive. Rico [Henry] is looking like a player that will be ready for the weekend, and I need to take a decision on how ready he is to start or not. He will be involved in the squad.

Ahead of potential transfers, would you say attack is the area Brentford are light in?

No. We have four strikers; Marcus Forss, Yoane Wissa, Bryan Mbeumo and Ivan Toney. All of them have done fine and helped the team, and Sergi can play up there as well so I think we are in a good place.

It's rumoured Mykhaylo Mudryk from Shakhtar Donetsk is someone the club are looking at. Any confirmation on that player?

I would love to speak about players when they're in house, and as far as I know, he didn't train here today. I can't speak about him.