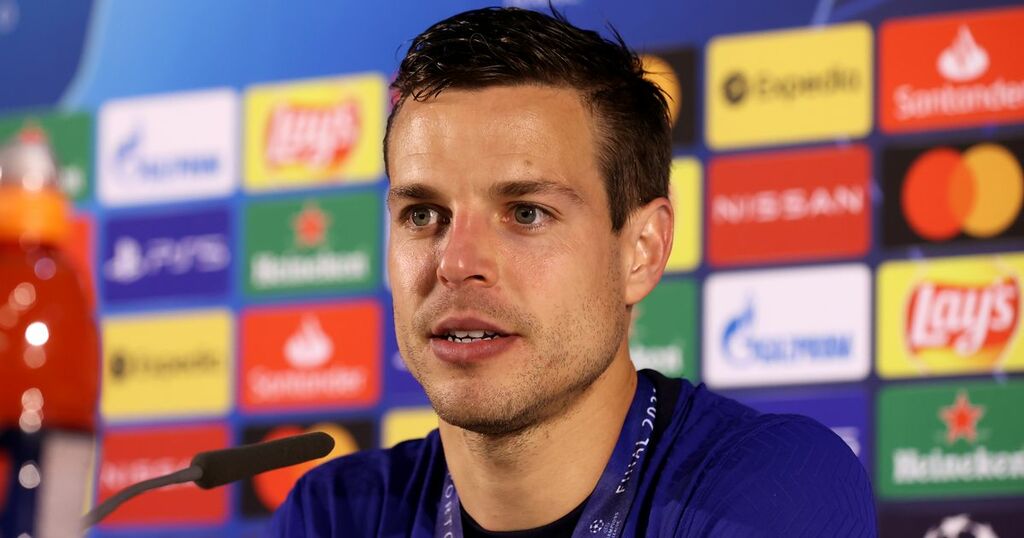 As the reigning captain to lift the trophy, how does it feel to go back into the tournament looking to do it all again?

"Of course, it felt very special. Everybody enjoyed a lot that night in Porto but now this is a new challenge ahead of us, we start from zero in Europe.

"We have to fight hard to get where we want to be and starting tomorrow, it will be a difficult game. There is no room for mistakes, we have to be focused. The past was, of course, very special but that won’t give any advantage to us for this season.

"We have the experience, the desire, we are hungry to go further and we have to show that tomorrow."

Feel like Chelsea have a stronger squad this season and how much of a boost is Romelu Lukaku?

"His experience, his desire, his ambition to help the team, of course we feel stronger as he gives us confidence coming back from a trophy that gives everyone the same confidence. A new addition always helps, adds quality to the team and it is a challenge we will face together."

How has Saul responded to his debut? Confident he will be a success at Chelsea?

"Saul is a great player, I have known him since his days in the national team and he has great experience at the highest level with Atletico Madrid.

"Of course, when he signed he had some stressful hours, arrived in a new country, first game against a good opponent who were very aggressive so it is normal, sometimes you need a little time to adapt. His response has been spot on, his desire to improve, asking questions, he wants to adapt as quickly as possible but some players need more time than others.

"He has our full support, he is a great addition and I am happy to have him in our team and I am sure he will keep growing and helping the team. He will be an important player this season."

Your defence of the Champions League after winning it in 2012 was not good: you were eliminated at the group stage. Will it be different this time and why?

"I hope! It was a very bad experience, painful because I came from Marseille and we reached the quarter-final and last 16 of the competition so when I arrived at Chelsea, just after winning the Champions League, it was a tough moment to be out at the group stage after being the Champions.

"I am the only one in the squad still but I will try to help with this experience to make sure it doesn’t happen again. As I said before, we are the Champions so we start from zero. This is a new challenge, we have tough opponents and we have to be ready for it.

"We hope to get through, this is our objective, we want to fight for everything and this experience hopefully helps us to go forward.

You've been at Chelsea a long time, how good is this squad compared to others?

"I was lucky to share a lot of good moments with a lot of good squads and players, top quality. I think the comparisons are not good because everybody is different, we have different qualities, it is evolving. I look back at my first season in the Premier League and I see now how football has changed, it is completely different.

"I see this squad with great potential, ambition, we have healthy competition and a good group of lads that train hard and go forward because we have an exciting season ahead of us and we want to fight for everything.

"That will reflect in the daily work that we do here, how we commit to each other, how we live our job and that atmosphere we created last season was a big difference to get the trophy. We have to take care of it as we are starting this season, every team wants to be the Champions of Europe."

How important is the presence of Romelu Lukaku in this team and how much of an impact has he made?

"Romelu is a great personality, character, and a great leader. He is very vocal, ambitious, he helps everybody and the offensive teammates to be more dangerous.

"With his presence, you respect him. When the defenders see him, they know he is a big lad, powerful who can create chances anytime. We saw last Saturday how efficient he is for us and that's a massive impact already.

"It's both the impact on and off the pitch, it is immense and we are very happy because he is a top, top-quality player.

You've won almost everything there is to win, so how is your relationship with Tuchel?

"Of course, he keeps me on my toes. I am a person who doesn't like to live in the past. I try to look forward and see how I can improve myself every day when I come for training. I know how football works and you cannot live in the past and you must show it every day.

"I had the chance to have the confidence of the club from the first day and the managers that I have had in the past. That's how I live and how I want to be to improve every day. I played in many positions and we have changed the system with Thomas to play in a back three and I am sometimes a centre-back. He is a manager who wants full focus from everybody and I try to be an example of that when I come in for training. I give my best and hopefully get the results that we all want."

Robbie Di Matteo was sacked after winning the Champions League...so will it happen to Tuchel?

"Now, with Thomas, he will do what he wants to do from the first day. Win trophies, do well, get results that we all want to get at Chelsea."

You won the Champions League trophy last season so do you prefer to win the league now?

"I've never at the start the season chosen a trophy to be win. It is just about winning trophies and the biggest one you can get. Of course, the Champions League is the biggest but I always felt since I arrived here that Chelsea fights for every trophy.

"We go into every competition with a fully focused mind on getting as far as possible. Every year is more and more difficult. Coming in as Champions of Europe will mean every team will want to beat us and we will have to be ready for it because this is a new challenge. It is going to be a tough one to take."

You've been at Chelsea a long time and are one of the club's greatest players, but your contract expires at the end of this season. How are you feeling at the moment about your long-term future?

"I don't have any concerns. I feel fully trusted by the club since I arrived. At the moment, it is true that my contract ends in June but I just focus on what's next to train and play the best I can. Everything will take care of itself.

"I don't need to say anything more. I have to keep doing what I am doing and it will come by itself. Of course, I love to be here, I feel loved since I arrived and my aim is to be here for as long as I can."

What was the moment you believed you can win the Champions League last season?

"It is difficult to say one moment because we faced Atletico Madrid, who are experienced in the competition and reached two finals and were top of the league in Spain and won it afterward, but when you play them and dominate well and get the result. You feel we are one step closer to the final.

"We played Porto which everyone expected us to win easily but it was quite tough and we had to fight to get through.

"You know, the moment we faced Real Madrid who are the kings of Europe for a long time and won the competition a lot of times with players of great experience.

"I was on the pitch, we were 1-0 up and I thought 1-1 could happen and we could go to extra time. I felt we were much better than them, dangerous and strong but only 1-0 up. The moment we scored the second goal, it felt like, yes that's it.

"We have all seen Real Madrid scoring goals in the last minutes when everyone felt they were dead. I had the feeling that on the pitch we needed that second goal as they are dangerous until the last second.

"The strength from our side was to be resilient and score that second goal. We overcame a great, experienced team in Real Madrid with young lads in their first semi-final. It made us feel strong and then in the final against Man City, we felt strong, and the desire from everybody was incredible.

"The atmosphere that we created in the group in preparation, not only the players but the staff and the guys who weren't lucky enough to play, that made the difference for me.

"To see the joy from the players, families and staff is something that I will always remember forever."