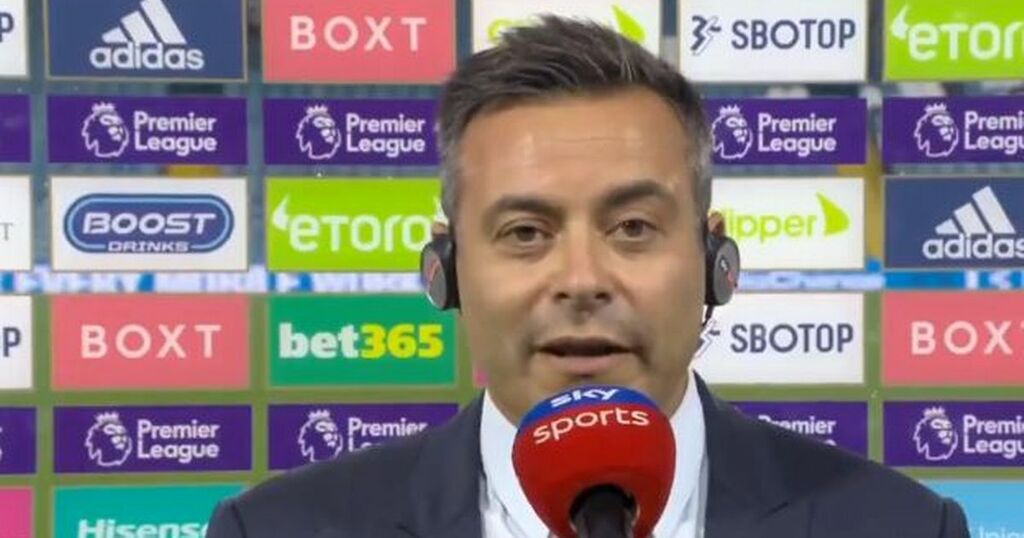 Leeds United owner Andrea Radrizzani gave a wide-ranging interview in the aftermath of the club's 3-0 defeat to Liverpool.

Despite a difficult start to the Premier League season, the Whites owner was in good spirits about his side's chances of a successful season.

Leeds have collected only two points from their first four matches this season but there has been no suggestions of anyone around Elland Road hitting the panic button.

With the club planning a redevelopment of Elland Road to increase capacity, Radrizzani fielded questions on his ambitions for the club, Marcelo Bielsa and football politics.

Here is every word of that interview with Sky Sports.

How far can you take Leeds United?

"The difficult challenge at the beginning of the season gives us only two points but we have plenty of time. Our goal is to stay in the league and build on those foundations.

"We invested a lot in players last season and I believe the club is going in the right direction to establish itself in the Premier League."The dream is to play in a European stadium in a bigger stadium in two, three years. Now we need to focus on Newcastle and get three points there to try and continue our journey this year in the Premier League."

Marcelo has only signed one-year deals with the club, does that make it harder to plan?

"We decide always together every time he has been here, we continue year by year. There is no problem, there is a lot of trust built among ourselves and we work very well together.

"The lads follow him, if you look how we were today in the first 20 minutes, we were very competitive against one of the best teams in the league. We are in the right direction, even though we receive the defeat. We were unlucky today, a bad day at the office but we will continue to play our football and I'm sure we will finish in a better position than last year."

We saw you at the FIFA Standing Committee this week, was that to do with Leeds United or are you interested in football politics?

"I was very pleased to be invited and participate for the first time at this year's assembly. It was good to be involved in football politics and how the game is changing.

"It's a very crucial moment because we must defend our game. There are discussions about the World Cup every two and other topics that require good communication on the political side of football between the football clubs. I think this has to improve and I hope to be part of this because there is a lot to do."