To be a musician is to learn to live with paradox. That is the conclusion that Jeremy Denk, a first-rank American concert pianist, has come to after more than 40 years of work on his playing. In classical music, there are always more details to be fine-tuned and technical challenges to be overcome, but the obsession with total mastery can also be what keeps you from obtaining it. Denk’s mentor, the Hungarian-American pianist György Sebők, once told his pupil that his big problem was that he was a perfectionist – even though everything about his musical education was aimed at making him so. The true musician must accept that they cannot win, then, but keep trying anyway.

Denk’s credentials are impeccable: in addition to being awarded a MacArthur fellowship (or “genius grant”), he has toured the world, plays regularly at Carnegie Hall in New York, and topped the Billboard classical chart with his recording of Bach’s Goldberg Variations. In 2014, his take on Beethoven’s final piano sonata was chosen by Radio 3’s Building a Library as the best recording made to date on a modern piano. Reviewer David Owen Norris declared Denk “a modern pianist who knows all the old stuff” and who can deliver an authentic performance in the manner of a skilled orator: dramatic, compelling, but not hammy.

When such a prodigious talent in another field takes to writing books, though, the discerning reader is right to be wary. “How I made it” memoirs in classical music tend to fall into one of two categories: the cheesy, often ghostwritten story of glossy success; and the against-the-odds tale of the cool outsider who broke all the rules, refused to wear a bow tie on stage, but still hit the big time in the end. Neither is especially joyful or enlightening to read.

Every Good Boy Does Fine, Denk’s tale of his journey from his first piano lessons in New Jersey at the age of six to the completion of his doctorate in piano performance at the Juilliard school in his 30s, is an exception to this rule. It began life in 2013 as an article for the New Yorker, and has now been expanded into an elegant, frank and well-structured memoir that entirely resists cliche.

The book’s subtitle is A Love Story, in Music Lessons. Denk uses his progress through the musical education system to provide a framework for a broader coming-of-age narrative, in which he becomes comfortable with different kinds of love: for music, for family, for friends, for romantic partners. He starts lessons with a neighbourhood teacher after his parents receive a warning at school that young Jeremy is likely to get into “emotional trouble” unless they find an outlet for his pent-up feelings. He quickly outgrows these lessons and is passed on to another, more serious, instructor, and then another and another.

One of his more influential early tutors, William Leland, kept a meticulous journal for the young Jeremy in which he wrote feedback during each lesson and set homework for the next. Instead of the star stickers usually deployed by music teachers, William drew little cartoons, tailoring them to the message he wanted to convey. In good weeks, the stars beamed with pride or wore haloes; in bad ones, poor Jeremy was denied a star at all and instead received a drawing of a disappointed-looking slug or centipede. Years later, phrases from this notebook still plague Denk as he sits down to give concerts. As charming as the drawings were – reproductions of them and other musical annotations from his childhood are sprinkled throughout the book – the criticisms they embodied stuck.

Denk is at his best as he relates the intimate details of striving to be better at something as confoundingly difficult as advanced classical piano. There is a deep joy to be found in repetition, in outgrowing the material you work on and encountering new pieces you have yet to grow into. Practising an instrument is, at times, just a painstaking process of reasoning with one’s own muscles until they will perform unlikely-seeming movements without thought.

Brain and body fight each other over finger positions and movements. In one instance, Denk describes the process of mastering a tiny seven-note sequence in Brahms’s Second Piano Concerto after having strained his fingers as “ping-ponging between mind and muscle” and “smoothing out the lumps, as if piano playing were making mashed potatoes”. To make music that sounds like it is as easy as thought or desire, it is necessary to sweat and scrape and make some very ugly mistakes – and then make them again.

As he documents his own progression up the ranks of classical music, Denk also weaves in gentle stories of his family and how his early love of music both pulled them together and made him feel set apart. He describes the “too holy, too radioactive” experience of listening to Mozart’s Sinfonia Concertante on cassette for the first time at the age of 12 and immediately wanting to throw open his bedroom door to share what he’d heard with his parents. But fear that he will be made fun of quickly checks the impulse: his father will tease him, his brother will think he is showing off, his mother will ask him to do a chore instead. So he sits on the floor and listens alone.

One of the most refreshing things about Denk’s writing is his relaxed approach to the music itself. There is no unnecessary complexity or pretension in the way he writes about Mozart, Beethoven, Brahms and the rest. He doesn’t shy away from using musical terminology, but deploys little hand-drawn diagrams and extracts from scores to make it absolutely clear what he is describing. The result is a light, informative tone that will be readable for both diehard classical music fans and complete newcomers alike. It’s a rare feat. Instead of a bibliography, the book has an annotated playlist for anyone curious to listen during or after reading, which is a nice touch.

Perhaps this account’s greatest achievement, though, is that it makes the reader care about Denk beyond his talent for playing the piano. After documenting all the years of determination and pain it took for him to master the great composers, it is for his happiness, rather than his success, that we are rooting. At 32, his doctorate finally out of the way, he locks eyes with someone he likes and realises that he didn’t need to come out because he “was already way, way out”. That summer of glorious first love is everything the most passionate music has ever promised him: “I think I played the piano; I just don’t remember,” he writes.

• Every Good Boy Does Fine by Jeremy Denk is published by Picador (£20). To support the Guardian and Observer, order your copy at guardianbookshop.com. Delivery charges may apply. 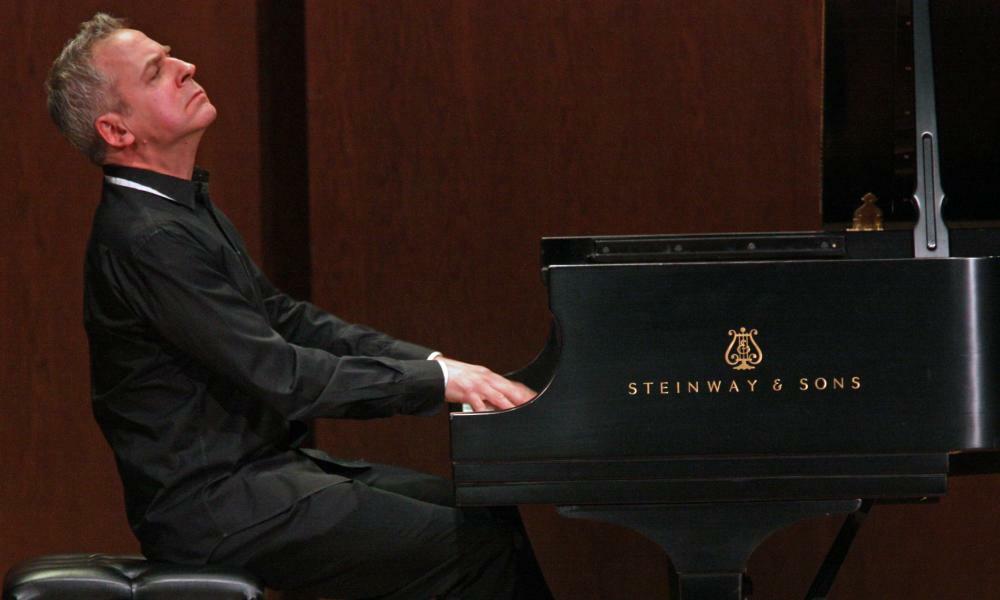 The Guardian - UK
One subscription that gives you access to news from hundreds of sites
BBC Proms 2022 highlights: the best concerts to book at the London festival, from the Gaming Prom to Yuja Wang