The swathes of empty blue seats around Goodison Park told their own story.

After 62 minutes they were filled with excited Everton fans as the Blues’ 10 men led 2-1 and were less than half an hour away from securing Premier League survival. But Brentford scored twice inside two minutes to turn the game on its head and leave Everton’s top-flight future still hanging in the balance.

Everton also finished with nine men for the first time in 15 years after Salomon Rondon was sent off within four minutes of coming on. They lost Jarrad Branthwaite after 18 minutes and Frank Lampard, who was without Ben Godfrey, Yerry Mina and Michael Keane yesterday, is fast running out of defenders.

They remain two points clear of Burnley, who are in the final relegation place, with Thursday’s home match against Crystal Palace to come before Sunday’s final day game at Arsenal. It could be as tense as 1994 and 1998 again and the nightmare of a first relegation since 1951 remains possible.

Everton fans knew the importance of this clash and Goodison Road was rammed with supporters, waving flags and chanting and signing to greet Lampard and his players when they arrived in their coach. Everton fed into this energy to make a positive start and Richarlison twice went close before they opened the scoring on 10 minutes.

Anthony Gordon swung in a free-kick from the right to the near post and Richarlison’s mishit shot was touched home by Dominic Calvert-Lewin for his first goal since August 28. The jubilant mood inside Goodison changed on 18 minutes when Branthwaite was shown a straight red card for fouling Ivan Toney when he was the last man.

Will Everton beat the drop? Have your say in the comments below.

Everton were furious and claimed they should have had a penalty for Kristoffer Ayer’s shirt pull on Richarlison seconds before Brentford broke upfield. But referee Michael Oliver and VAR Darren England were unimpressed.

Goodison was seething and their anger increased when Brentford equalised on 37 minutes. Andre Gomes failed to clear from a corner and Toney drilled the ball across goal to the back post where Yoane Wissa connected with a shot, which hit Seamus Coleman in the face and beat Jordan Pickford.

Everton were rocking and Pickford made two critical stops in quick succession. Those saves took on even more importance when Everton restored their lead in the second minute of first-half stoppage time through a Richarlison penalty.

Mads Bech Sorensen made contact with Richarlison and the Brazilian seized the opportunity to go down. It looked a tad soft, but Everton did not care and Richarlison converted it to restore their lead.

Everton retreated deeper and deeper, inviting Brentford forward and the Bees’ pressure told when they scored twice in two minutes. First Richarlison lost Wissa and he brilliantly headed home Christian Eriksen’s corner at the near post to the fury of Everton assistant coach Paul Clement, who threw his water bottle to the ground in disgust.

Everton were dazed and Brentford delivered the knock-out blow when Rico Henry was allowed too much time and space to head home Christian Norgaard’s cross. It got even worse for Everton when Rondon was sent off two minutes from time - just four minutes after coming on - for a stupid two-footed lunge at Henry. 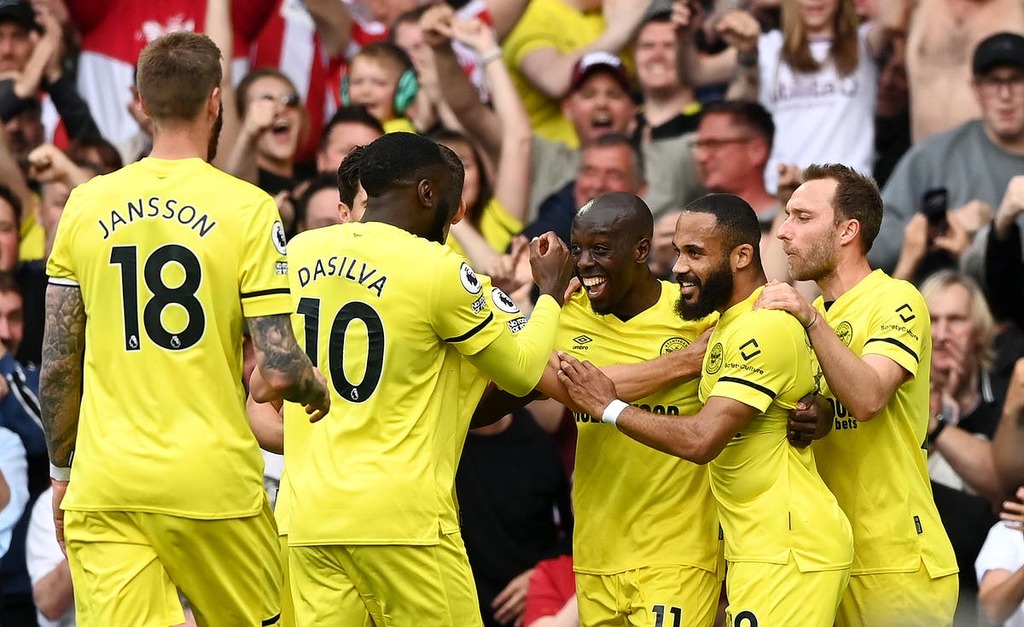 Everton suffered a 3-2 defeat to Brentford in the Premier League in a match that saw an own goal, a…

If Everton are to stay up this season, and extend their top-flight status into a 69th consecutive year, then they…