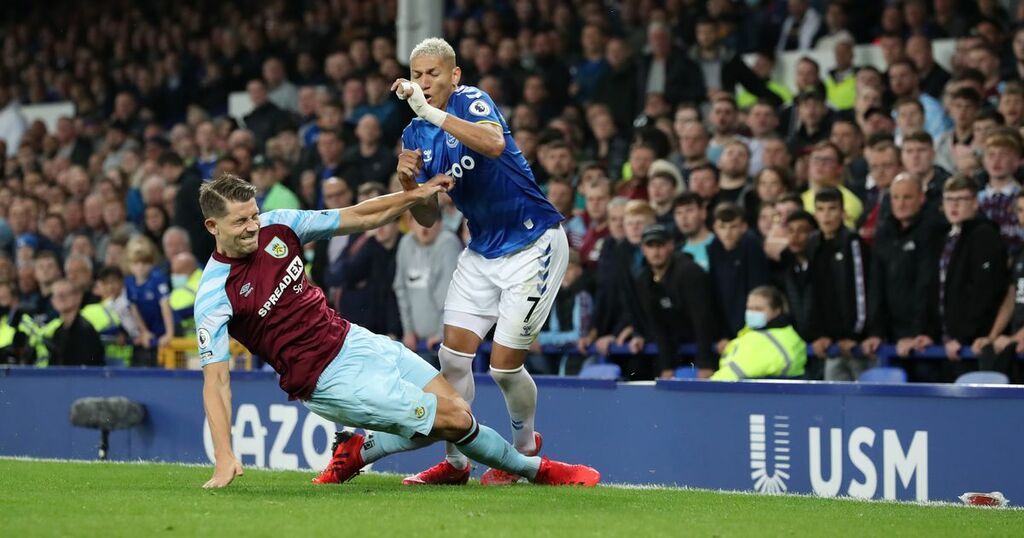 Rafa Benitez has labelled James Tarkowksi's wild challenge on Richarlison as "quite dangerous" - as he hailed the performance of Everton's Brazilian forward.

Tarkowski thundered in on Richarlison when the Blues man picked up the ball on the touchline, early in the second-half of last night's game with Burnley at Goodison.

The Burnley defender won the ball but the force of his tackle saw him also clatter into Richarlison and leave the Everton player in some pain.

Benitez was unhappy with a challenge, that went unpunished by referee Martin Atkinson.

"I saw the tackle, I think the tackle is quite strong," Benitez said.

"But it is quite dangerous, these kinds of things you have to be careful of.

"One thing is to be physical and challenge - that is ok - but the other one is that these kinds of tacklers are quite dangerous for the integrity of the opponent."

On the performances of the referees this season, he added: "They are trying to do their best in terms of their idea for this season,

"They need to analyse what is a challenge and what is a dangerous challenge.

"They will analyse this and maybe have another idea."

In the absence of Dominic Calvert-Lewin through injury, Richarlison played upfront against Burnley and was given little service.

But Benitez made a point of saying how good a job he had done for the team.

"Richarlison did great," he said.

"I wanted to give him some support because it was not easy for him to play against these two centre-backs, he was fighting.

"He was fighting and it was a pity that we couldn't give him more options in the first-half but I was really pleased with him and I am sure the fans will be really happy with him."