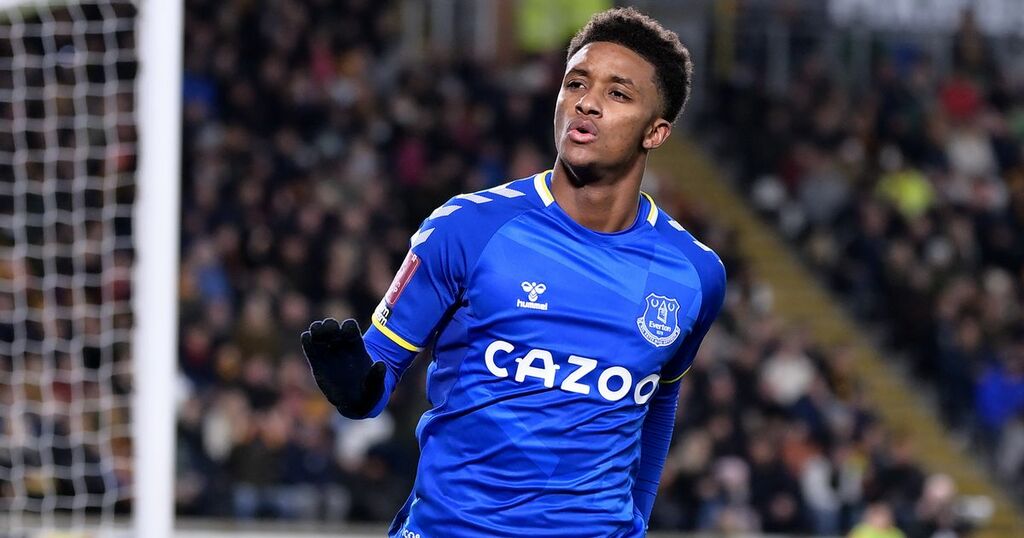 Didn't have the most comfortable of evenings after being forced into a number of saves, especially in the first half. It's a high bar to meet, of course, but his distribution is evidently not as good as Jordan Pickford's either.

Put in a great ball for Andre Gomes to head home and put Everton in front in the first half and was having a good game until he lost a 50-50 challenge in the middle of the pitch in the build-up to Hull's equaliser.

Started the game in another new position and it took him a little while to get to grips with it. He looked much more comfortable again when switching to his natural role in the second period.

ADAM JONES: What Everton fans did in FA Cup win should leave Rafa Benitez in no doubt

A real mixed bag of a performance from the centre-back on Saturday evening. He managed to actually break forward into advanced areas well, but his long-range passing in particular was way off.

He burst out from defence on a number of occasions to help Everton create opportunities, and his recovery pace was certainly an important factor in keeping Hull out at the other end as well.

Really grew into the match as it went on after starting as a left wing-back, including making an important goal-line clearance with the score at 2-1 in the first half. A solid enough debut for the new signing.

Didn't manage to get to grips with the game initially, but as the 120 minutes went on he managed to come out of his shell a bit more and have more impact on the game.

Showed great desire to get on the end of Kenny's cross to score what was only his second ever goal for the club. That evidently gave him confidence as he looked very composed in the second half.

One of Everton's most lively players once again, including a great one-two with Demarai Gray to set up the equaliser. Everton looked much worse when they withdrew him in the second half.

He's fast-becoming one of the most important players in the Everton squad, and he took his goal very well to get Everton back in this game. He was clearly absolutely shattered when he was replaced in extra-time after another great display.

Barely had a sniff of a chance throughout his 120 minutes on the pitch which will certainly disappoint him. He won a few important headers defensively, but again this wasn't a performance to write home about.

*Rate the Everton players in the FA Cup win:

Came on the pitch, scored the winning goal. That's some return to action to be fair.

Added some legs in the middle of the pitch.

Looked pretty bright when introduced to the action.

Another lively cameo from the youngster.