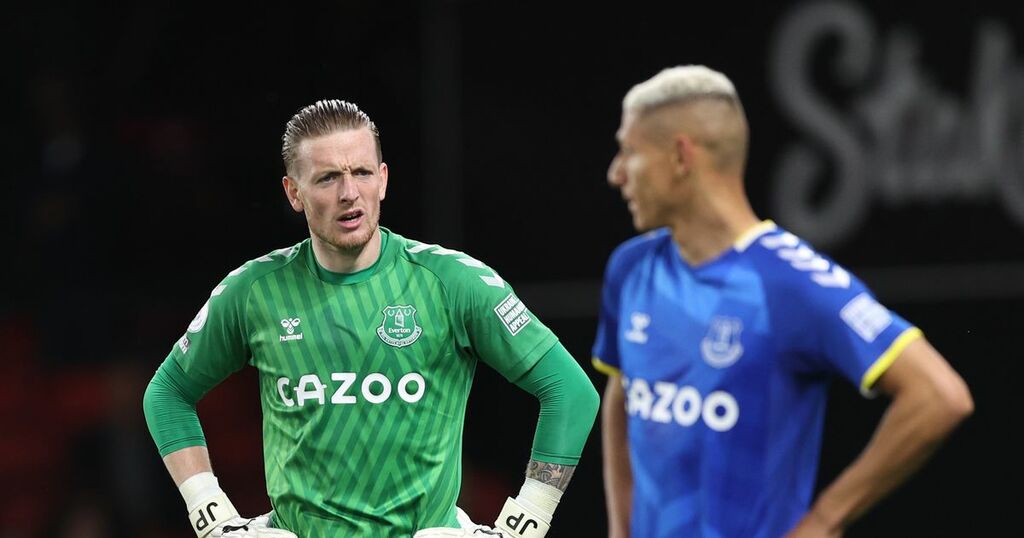 By Ed Aarons at Vicarage Road

This was a result that pretty much suited both parties in the end. Another point towards Everton’s attempt to avoid being relegated for the first time in more than 70 years was not quite what Frank Lampard would have wished for before the game but, at this stage of the season, he will take anything they can get. With home fixtures to come against Brentford and Crystal Palace and now a two-point cushion over Leeds, Everton’s destiny remains very much in their own hands.

“I’m relatively happy – if you can’t win then don’t lose,” said Lampard. “We have to be level-headed. There was a sense of frustration in the dressing room afterwards but if you had offered us this situation a few weeks ago we would bite your hand off.”

For Watford, just ending a run of 11 successive home defeats in the league as Roy Hodgson finally picked up his first point here was enough to satisfy their long-suffering supporters. “I didn’t know how many people would turn up tonight but they supported us in a really good way,” Hodgson said.

Lampard had insisted before this game that the stakes in Everton’s relegation battle are bigger for him than any of his Premier League titles with Chelsea as his side sought revenge for a 5-2 beating at Goodison Park back in October. Their task certainly appeared to be more straightforward thanks to Hodgson’s decision to make seven changes from the side that started against Palace on Saturday, with Ismaïla Sarr, Joshua King and Emmanuel Dennis not even on a substitutes’ bench that contained three teenagers.

But despite the confidence-boosting wins over Chelsea and Leicester, Everton never really looked like finding a way past Ben Foster even when Lampard threw on Dominic Calvert-Lewin for the last 15 minutes and it was Watford’s fans who greeted the final whistle with glee. With Hodgson’s departure already agreed, they are already making plans for life in the Championship next season having confirmed the appointment of Rob Edwards – 35 years Hodgson’s junior – as their next manager amid complaints from Forest Green Rovers that negotiations had been held behind their backs.

As well as Watford’s team selection, hearing the familiar Z-Cars anthem that greeted the sides before kick-off should have helped Everton feel right at home. Denied the services of Yerry Mina, Lampard recalled Michael Keane at the heart of his five-man defence and he almost gifted Watford an early lead, miscuing a clearance after Jordan Pickford had given possession away.

Yet while the travelling supporters were in full voice behind the Watford goal, their team was struggling to pose a threat. Promising opportunities for Demarai Gray, Richarlison and Alex Iwobi call came to nothing, while a volley from Anthony Gordon that sailed into the stands summed up their issues in attack.

After a turgid first half, the most likely source of a goal seemed to come from Watford’s João Pedro, who, like Richarlison, joined the club from Fluminense but has yet to make quite the same impact. Pickford was off his line quickly to beat the lively Brazilian forward to a long through ball a few minutes after the restart. Richarlison then called Ben Foster into serious action for the first time when his goalbound shot deflected off Christian Kabasele.

A loose pass from Samuel Kalu presented Gray with a golden opportunity but he could not hit the target after swiftly exchanging passes with Iwobi.

Keane did manage to direct his header towards goal from a corner, only for Foster to gather comfortably. Lampard then had reason to look relieved when only a last-ditch tackle from Séamus Coleman prevented a Watford breakaway.

Hodgson responded to the introduction of Calvert-Lewin by withdrawing Kalu for defender Craig Cathcart – a move that had the desired effect. The closest Everton came to snatching the points was a Vitalii Mykolenko shot that was easily parried by Foster to ensure Watford avoided extending a most unwanted record.