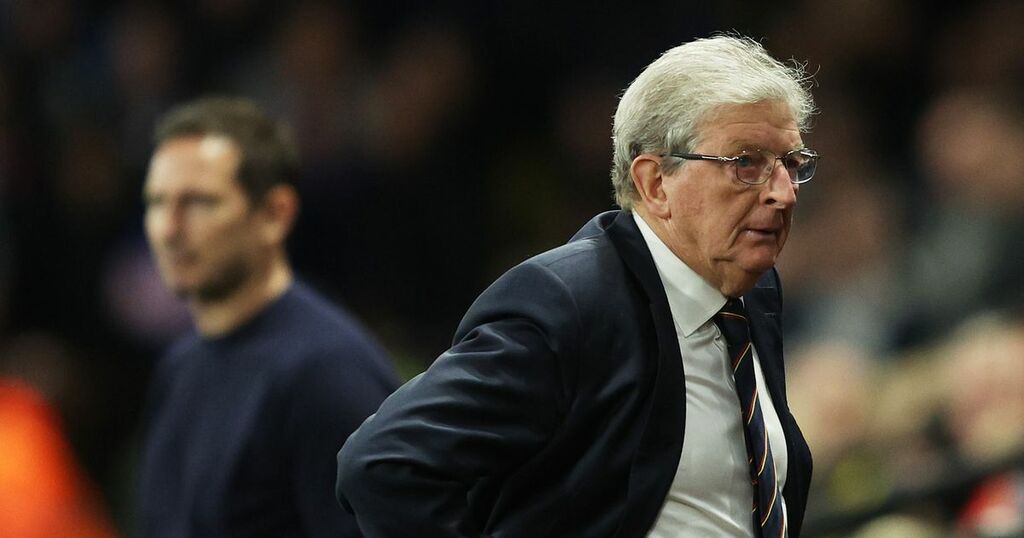 Everton's goalless draw at Watford lacked drama as the two sides cancelled each other out.

But there were a few moments of interest for those in attendance at Vicarage Road - and not always on the pitch.

Aside from the few pieces of quality through the 90 minutes, the supporters provided most of the entertainment - Everton's travelling fans providing the soundtrack to an away match for the second time in less than a week, while the home crowd offered a glimpse of the humour they have maintained despite their relegation.

After securing a point that takes the Blues a step closer to Premier League survival, here are a few highlights that may have gone unnoticed from Wednesday's tie.

You know it must have been a bad week when a manager has to start his programme notes by assuring his own supporters he did not 'snub' them. That was the case with Roy Hodgson ahead of the Everton match. Hodgson faced claims he ignored the travelling Watford supporters in the aftermath of their defeat at Crystal Palace on Saturday - instead taking the applause afforded to him by supporters of his former club. He moved to address this in the programme, writing: "I firstly would like to dispel any uncertainty about last Saturday... I did not intentionally snub the Watford supporters after the final whistle..."

There was a specific spell in the second half of the match which saw Everton pick their pressure up another gear in their attempts to find what could have been a crucial winning goal. A succession of corners were won, the visitors were regularly in the final third - but nothing unfortunately came of it. The fans in the away section were right up for the occasion throughout the 90 minutes, but this period of the game had the noise from them increase even further. In their position directly behind Jordan Pickford in the second half, they might have had something of an effect on the goalkeeper.

The England international hardly had much to do on Wednesday evening, but he had an important role to play in terms of his distribution. Clearly, he was keen to set the right tone as much as he possibly could when Everton were pressing for the opening goal.

One occasion saw Pickford roll the ball out to Mason Holgate before instantly making a wide sweeping motion with his arms to his teammates, gesturing them to push further up the pitch and look for their goal.

A lot of the time, former players can expect a good reaction when they return to their old sides. You only need to look as far as Watford fans applauding Abdoulaye Doucoure on Wednesday evening for a prime example of that, as the midfielder was playing at Vicarage Road for the first time since leaving the club for Everton. However, for Dan Gosling, it didn't go that way at all. And, to be fair, he might have expected that.

Around half an hour before the match kicked off, the names of the two starting line-ups were read out over the speakers inside the stadium. The former Everton midfielder was met with boos even at that stage, with the away section far from full at that point. That reaction only got louder after his name was again repeated by the stadium announcer after the two sides had made their way onto the pitch ready for the game. But, the biggest cheer of the evening for him actually came from the Blues supporters as well.

As Watford looked to put a cross into the Everton area, Richarlison was on hand to head away confidently at the near post. However, the ball bounced rather promisingly to the edge of the box for Gosling. His eyes lit up, he swung his foot at the ball... and hit his effort high into the back of the stand behind the goal. He might well have had a wry smile on his face when hearing the ironic cheers of the Evertonians directly behind him, who had a great view of the shot as it sailed over the bar.

In a game that lacked quality, one moment that stood out was a raking volley sent out by Pickford midway through the second half.

After claiming the ball in his own area, Pickford sought to launch a quick Everton breakaway. He did this with a glorious 30-yard ball that set Anthony Gordon free down the Blues' right. The ball was one of the best passes of the night.

It's been a few weeks now since Paul Clement sat down with the official club website and discussed his role behind-the-scenes at the club. But, during that, he admitted one of his responsibilities since arriving at the end of January has regarded set pieces. Both in terms of an attacking and a defensive sense, the coach has been attempting to work hard with the squad to improve their form from those positions. And it's clear that he wants to see improvements as soon as he possibly can.

Whenever the Blues were ready to put a dangerous cross into the box from a dead ball situation, that became Clement's cue to rise from his set on the bench and come to the edge of the technical area, sometimes leaning on the advertising boards on the side of the pitch to get a good view of what was about to happen.

However, a lot of the time, he was left very disappointed. The coach was visibly frustrated at a number of set piece opportunities going begging for the Blues as the likes of Gordon and Demarai Gray failed to find the right deliveries into the box. Everton might have scored from a set piece against Leicester City at the weekend, but it seems that they generally require more work in that field if they are going to make Clement happy.

For most of the match the stadium was dominated by the sound of the Everton supporters trying to spark their team into life. But in the last 15 minutes the home supporters burst into action in comical fashion. The game concluded to the chorus of the relegated hosts' fanbase simply celebrating periods of sustained possession. At one point they broke into 'Ole's' before a challenge in midfield ended a sequence of passes. Following that, when Watford enjoyed possession they repeated: "We've got the ball". When the Blues won it back, that simply changed to: "We'll get the ball."