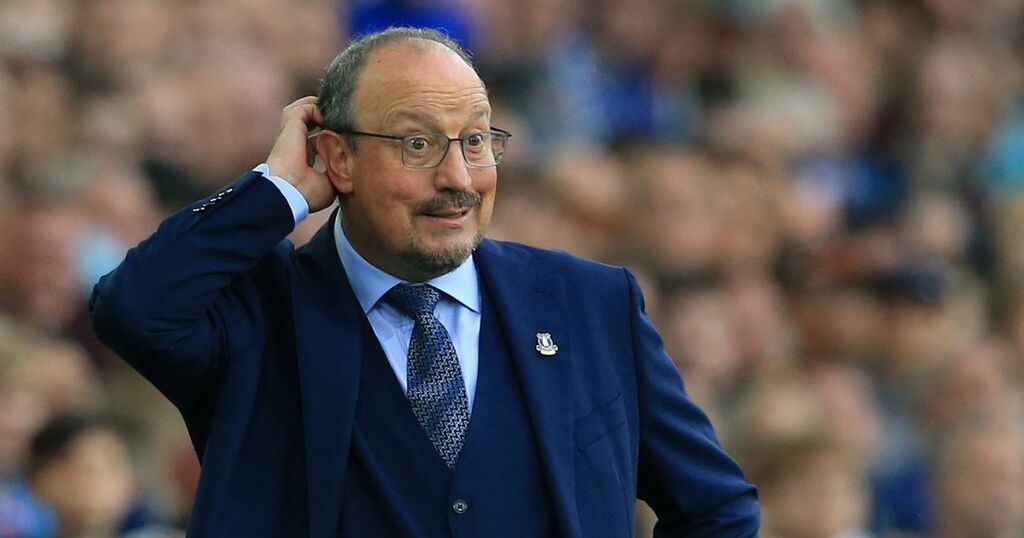 Ahead of Everton's clash against Burnley on Monday night, fans were surprised to see that Dominic Calvert-Lewin had been completely left out of Rafael Benitez's squad.

However, there was good reasoning for this as the Everton boss confirmed that the England international had in fact broken his toe, and is set to be ruled out for the next few weeks.

Everton have started brightly under Benitez, and have so far remained unbeaten in the Premier League, earning seven points from a possible nine before heading into the international break.

Calvert-Lewin had scored in all three of their opening fixtures, but Everton must adjust to life without their no.9 for the time being.

Benitez confirmed that Everton are set to be without Calvert-Lewin for at least two to three weeks as his toe problem was compounded by a thigh injury he picked up in training.

The Everton boss said: "He has broken his toe. He was training with problems and playing with pain. He had an injury the other day to his quadriceps and we have to wait two-to-three weeks, maybe more."

The absence of Calvert-Lewin has prompted Benitez into a formation change for the time being, with Mason Holgate dropped to the bench as the Everton boss brought in Ben Godfrey and Yerry Mina to form three central defenders in a back-five rather than the usual back-four.

Calvert-Lewin was Everton's leading goalscorer last season, but was forced to pull out of the England squad for their recent World Cup qualifiers due to his toe injury and was not deemed fit enough to return after Benitez confirmed that a thigh issue has added to the strikers problems.

Will Rafa Benitez lead Everton to a European place this season? Comment below

Benitez joined Everton this summer following the shock departure of Carlo Ancelotti at the end of last season, and the Spaniard was faced with a difficult task of winning over his new fans after previously managing arch-rivals Liverpool.

The Toffees fans were outraged that their club had moved for the ex-Red, but due to his excellent start to the season with his new side, the supporters have quickly warmed to the former Chelsea and Liverpool boss.

Benitez spent six years at Liverpool before moving to Inter Milan in 2010, and the Spaniard will forever be a hero amongst the Red half of Merseyside for delivering Champions League success in 2005 against the odds.

Liverpool overturned a three-goal first half deficit to draw level with AC Milan before beating the Italian giants on penalties in Istanbul, shocking the world with an almighty comeback.

Despite his former successes with Liverpool, his attention now turns to Everton and the 61-year-old is tasked with getting his new side back into European contention.

Everton finished tenth last season but have failed to break into the top six since the 2013/14 campaign.