Evening Standard Comment: Why we need more women in the Met Police 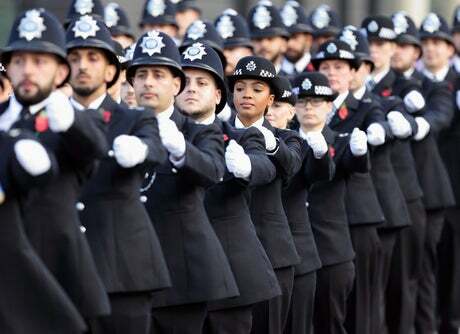 “The police are the public and the public are the police,” remarked Robert Peel, who in addition to serving as Prime Minister founded the Metropolitan Police Service.

Yet, that maxim falls foul of reality, when new figures in today’s paper reveal that less than one in three Met Police officers are women. Not only that, but as of June, the 29.9 per cent of officers who are women gives the Met the lowest proportion of any force in England and Wales, other than the City of London.

The number of new recruits is slightly higher, at nearly 37 per cent, but that too is below the national average.

We need a more gender-balanced police force and more women in leadership roles. Without a greater number of female officers, the Met is missing out on talented recruits who could serve our city well.

More female police would also help rehabilitate the Met’s reputation and rebuild trust with the public, following the murder of Sarah Everard by Pc Wayne Couzens.

Commissioner Cressida Dick is already under pressure with forthcoming investigations into the actions of the Met. We reiterate our call for the inquiry to have teeth, and the statutory powers to compel witnesses and evidence, without which the whole truth may not be uncovered.

But Dame Cressida must also focus on ways to meet her own target — that, from next year, half of all new police recruits be women.