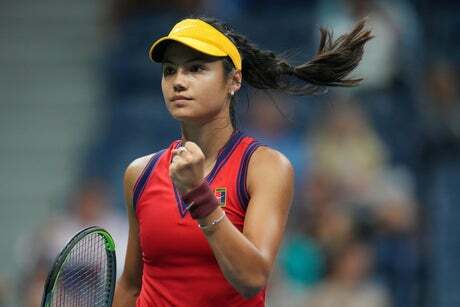 This has long passed “plucky Brit” territory. Emma Raducanu, the 18-year-old Londoner, has become the first qualifier — female or male — to reach the US Open final.

Her rise makes meteors appear unhurried. In the space of three weeks, she has qualified for the US Open for the first time and defeated numerous top players, including last month’s Olympic champion, all without dropping a set, sometimes barely dropping games.

Raducanu, who first made waves by reaching the fourth round of Wimbledon this summer, possesses not only immense power and exceptional movement but a poise and clarity of thought often absent from those many years older.

Her remarkable run is also testament to the power of ignoring the negative voices of those who know little of what they say, following her mid-match retirement at Wimbledon due to breathing difficulties.

On Sunday, she faces another teenager, unseeded Canadian Leylah Fernandez — a familiar face from their recent junior days.

Emma, your hometown and the entire country is behind you, and so proud of what you have already achieved.