Evening Standard Comment: Cressida Dick should be given more time 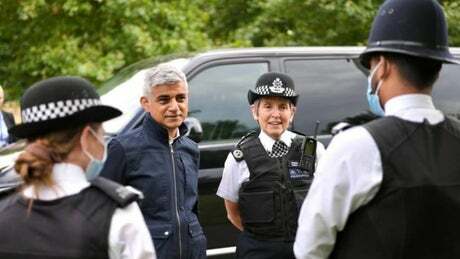 The news that Home Secretary Priti Patel is preparing a two-year extension to Cressida Dick’s term as Metropolitan Police Commissioner — as revealed by this newspaper yesterday — was always going to raise hackles in some quarters.

Her record on teen killings, as well as some high-profile controversies including the handling of the Sarah Everard vigil and the Daniel Morgan murder case, have led to understandable unease.

Yet those who do not back an extension are yet to set out a credible alternative, or a compelling vision for what that person should be doing differently.

We cannot overlook the murders of young people — it is a stain on our city, and pains us each time we have to report on more bloodshed and a life lost, a parent’s grief and a community in shock.

We must also not disregard the successes of this administration. The overall level of knife crime in London has fallen by nearly one-third to the lowest level in five years and robbery has halved since 2019, though some of this can be attributed to the pandemic.

If Dick is to be given two more years, she must now show clarity on how she intends to address the criticisms — both cultural and operational. And she must be given the resources from the Government to deal with the challenges our city faces.

The Commissioner is understood to have the backing of the Mayor and she has ours too. Now, Londoners will want to see the results.