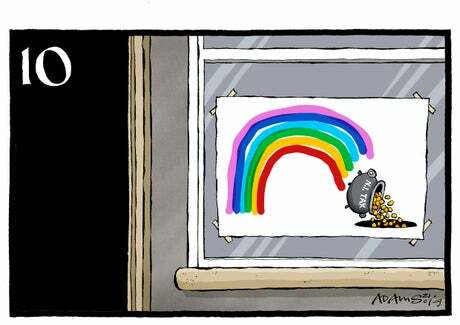 It could be said that there are only two certainties in life — death and the Conservatives clobbering the young with taxes.

No matter your parliamentary majority or how strong or weak the opposition is, if you are going to put a tax on jobs and break a manifesto commitment in the process, you need to carefully explain why you are doing it.

Social care does need funding. The system is not fit for purpose and our ageing population will only add further pressure. We have often criticised the Prime Minister for not using his 80-seat majority. Boris Johnson, therefore, deserves credit for tackling the issue.

But National Insurance is the wrong tax for the right cause. There are reports that the so-called “health and social care levy” will be extended to pensioners in work. This would be welcome but does not mitigate the broader generational unfairness.

How the Government ensures that funds for social care will not be drawn into day-to-day NHS spending also remains an open question.

The Government has options. It could raise income or capital gains tax, or lift the NI threshold to protect low earners. But it seems determined to follow another path.

That a particular tax rise seems politically expedient does not make it the right thing to do. It seems as if the Government’s priority is to allow already well-off people to keep their homes and pass them onto their families.

This is not a good use of poorer peoples’ money.