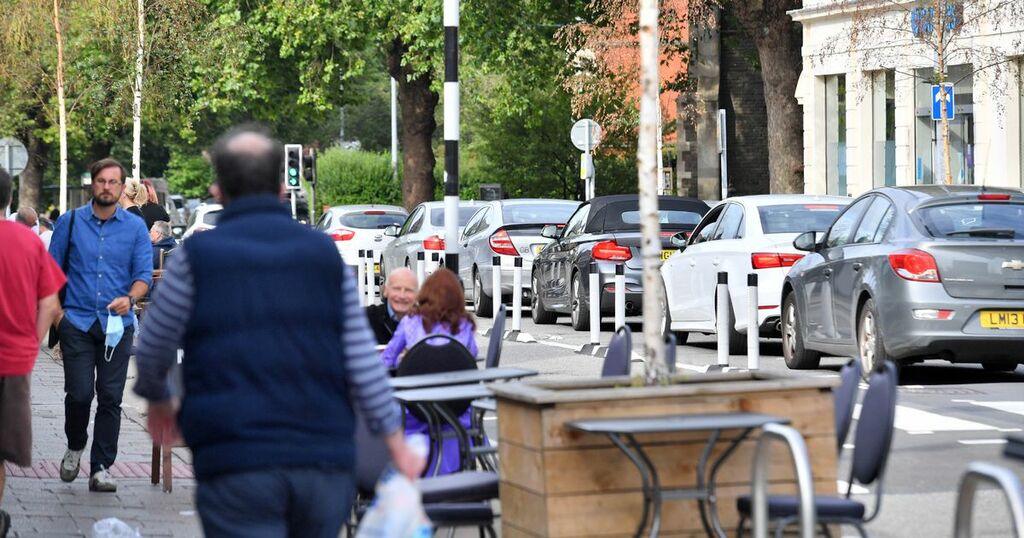 Here are the evening headlines on Wednesday, September 15, for Wales and the rest of the UK on the day scores of people lined the streets of Swansea for a man convicted of the Clydach murders.

Hundreds waited at Llanelli crematorium on Wednesday afternoon where Dai Morris was laid to rest.

Morris died at HMP Long Lartin in Worcestershire last month having spent the past 22 years behind bars. His cause of death has yet to be determined.

He was convicted twice for the killings of Mandy Power, her two young daughters – Katie, aged 10, and Emily, aged eight – and her 80-year-old mother Doris Dawson at the family home in Kelvin Road, Clydach, in 1999.

But his family have always maintained his innocence and have vowed to continue their fight to clear his name.

A further 10 people have died with coronavirus in Wales according to the latest update from Public Health Wales.

The local authority with the highest infection rate in Wales is now Carmarthenshire with 717.3 cases per 100,000 population over seven days (down from 719.9 the previous day) followed by Neath Port Talbot with 704 and Merthyr Tydfil with 702.8.

Welsh holiday retreat bans people who have had a Covid vaccination

The owner of a holiday retreat in Powys has banned all visitors who have been vaccinated against coronavirus.

Blaeneinion eco-retreat in Machynlleth will only welcome unvaccinated guests, it confirmed on social media on Wednesday.

Owner Sharon Girardi calls the vaccine “experimental” and says that a “duty of care” to her family and guests is the reason for the ban.

In a public statement she said: “With great sadness we have made the decision that we will be unable to welcome folk on site that are 'vaccinated' with the experimental Covid-19 jab.”

The UK government's yellow card reporting system gives details of all side effects of the coronavirus vaccine. You can view the most recent report here.

After overseeing a divisive period during the pandemic which angered parents, teachers and unions across the UK, Gavin Williamson lost his job as England's education secretary.

In a UK Government cabinet reshuffle on Wednesday Mr Williamson was replaced by former business and vaccines minister Nadhim Zahawi.

Paul Whiteman, general secretary of the NAHT school leaders' union, said: "Earlier this year the Prime Minister declared that education was his biggest priority in the wake of the pandemic. The crucial task of translating the government's rhetoric on education into reality now sits with the new Secretary of State."

You can see the rest of the fallout on the day housing secretary Robert Jenrick also lost his role, but Welsh secretary Simon Hart remained in post, by going here.

Man innocently sat on pavement dragged into flat and beaten

A man who was innocently sat on the pavement checking his internet banking was dragged into a nearby flat and beaten in a case of mistaken identity, a court has heard.

Jason Hone wrongly assumed the man outside his flat was a drug dealer and set about him with a wooden pole.

Judge Paul Thomas QC told Hone he had carried out "a nasty and wholly unprovoked attack" in Swansea which had left his victim with a "very nasty wound" to the top of his head.

Giving the defendant a 25% discount for his guilty plea, the judge sentenced him to 15 months in prison suspended for two years and ordered him to complete a mental health treatment requirement and a rehabilitation course.

Police have issued a warning to shops to beware of selling baked beans to children following a rise of a bizarre TikTok trend.

It follows scenes of children filming themselves smearing baked beans on people’s driveways, homes, and vehicles and then uploading the videos to TikTok with the hashtag “#beanbandits”.

And police have now issued a warning to shops over the new trend, urging staff to look out for children buying large quantities of the tinned goods, while parents are being encouraged to check their cupboards.

Last month Surrey Police launched an appeal after the village of Wonersh was targeted in the trend. Youths targeted homes and cars in the area.

To get the latest news sent straight to your email inbox sign up for our free newsletters by clicking here.