Even When Labor Frees The Murugappans, It Will Still Support Offshore Detention For Everyone Else

By Soaliha Iqbal
NadesPriyaAnthony AlbaneseBiloelaImmigrationKopika
We’re here! It’s happened! The sun is shining, the tank is clean, Scott Morrison has been yeeted out of the top job and Anthony Albanese
Nades Priya Kopika Tharnicaa Murugappan 2014 Human Rights Commission inquiry She was not has just

This is the moment Nades arrived home from work to the news that Australians had elected a new government, that has pledged to finally bring he and his family – wife Priya and daughters Kopika and Tharnicaa – safely home to Biloela.

The Liberals have just sent out texts linking the recent news of an intercepted asylum seeker boat to a vote for the Liberal Party. A pretty unprecedented intervention and use of national security no? If anyone got this text, or can thinking of a similar incident, get in touch. pic.twitter.com/5RTtt8Zr1W

Operation Sovereign Borders, the military-led response to asylum seekers proposed by Tony Abbott‘s government, will continue under the Albanese government. Part of the operation’s goals are to hold asylum seekers in offshore detention or turn back their boats.

It’s heartbreaking that it took an election for the Murugappan Family to make it home, but they’ll be home soon.

The post Even When Labor Frees The Murugappans, It Will Still Support Offshore Detention For Everyone Else appeared first on PEDESTRIAN.TV .

is our new Prime Minister. A blessed time indeed, mired only by my anxiety around the Murugappan family’s return to Biloela — which won’t be underway until we have a new immigration minister. Assuming Labor was serious about bringing them home, that is. They fkn better be. The story of Tamil refugees , and their Australian-born daughters  and has pulled heart-strings across the nation. The “adored” Queenslanders were ripped from their home in Biloela by border forces in 2018 after their visas expired. The family has been through hell and back in the last four years, literally — the Christmas Island detention centre where they were previously imprisoned was described as “hell” by refugee children according to a . After four-year-old Tharnicaa was medically evacuated to a Perth detention centre in 2021, the rest of the family were granted 12-month bridging visas. . And so they’re still stuck in a Perth detention centre, obviously unwilling to leave one of their family behind to return to Biloela. The family’s plight was a key point of this election, with Anthony Albanese promising his government would free them if elected. Well now he been elected, it’s been emotional for many — especially Nades, Priya and their supporters, who believe their fight is finally over. But I don’t think we should celebrate yet. We don’t currently know when the Murugappan family will be free and allowed to return to Biloela. At the moment, the promise is just that — a promise. Labor member for the division of Brand in WA confirmed on Sunday that Labor is definitely going to stick to their word, but said she couldn’t provide details on when that would happen. “I understand they have a community that adores them,” she said. “Mr Albanese has promised to allow our friends Priya, Nades and their girls Kopi and Tharni to return home to Biloela.” Incoming federal Treasurer said and he’ll be briefed on the issue this week. But this doesn’t mean the Murugappans will be free right away. For one thing, we need an immigration minister sworn in first who will use their discretionary powers to grant the family new visas. Well actually, we don’t an immigration minister to do this since Albanese and  who were sworn in by the Governor General on Monday morning do technically have temporary power over all portfolios, including immigration. But no announcements have been made about the family just yet. Anyway, back to the immigration minister’s discretion. Discretionary powers are important to mention here because according to both Labor and Liberal refugee stances, most families in these circumstances would be granted protection visas. In fact, boat turn backs, offshore detention and third-country resettlement all have bipartisan support — which means under this new government, things are not any better for refugees.  Aaaaand that’s where my worries come in. The Murugappans are considered an extraordinary case, which means the immigration minister’s intervention would see them saved while other refugees continue to languish in detention or be deported. Of course, let’s not forget  in the first place, before Tony Abott made these changes permanent. Labor created the grounds for what we are seeing with the Murugappans now. Our beloved former PM/girlboss/feminist kween is not a feminist when it comes to protecting refugee women. If we really want freedom, safety and a right to protection for the Murugappan family, we should want this for all refugees. No one gets on a boat across treacherous seas to a hostile nation at risk of indefinite imprisonment or death for *fun*. This is about desperation, and Australia every time it refuses the right to asylum for those who come by boat. Do I expect Labor to follow through with their promise of freeing the Murugappans? Yes. Lord knows the party will experience a wrath unlike anything it has ever known if it backs out now. And yes that is a threat. But, do I expect this party to also continue enacting the torture this country has put refugees and asylum seekers through for the last decade? Also yes. Please, let me be proven wrong. When the Murugappan family is freed, let’s not forget why they were put through all this in the first place. Or the other refugees and asylum seekers who haven’t been fortunate enough to find their story at the centre of a hotly contested election. They matter too.
Sign up to read this article 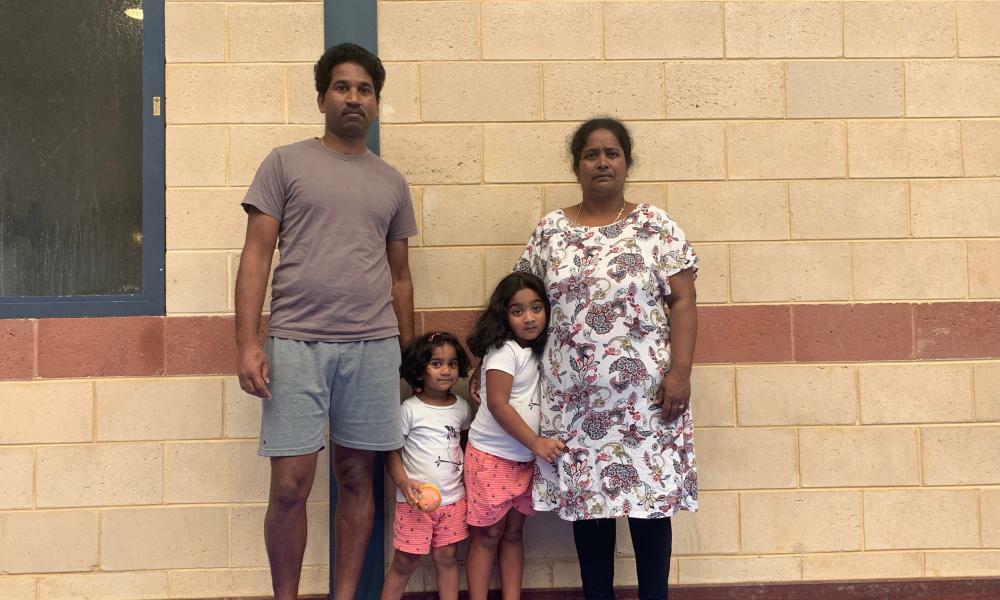 Labor victory means Murugappan family set to return home to Biloela
After four years in immigration detention, the election would produce an all-or-nothing result for the Tamil asylum seekers