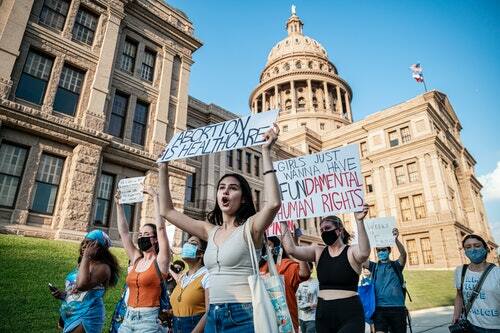 Late last week, GoDaddy completely removed the Texas Right to Life’s anonymous abortion tip line from its hosting services for violating the platform’s terms of service. Texas Right to Life didn’t take long to find a workaround for its hosting woes, though; by the following day, ProLifeWhistleblower.com had found a new ally in Epik Domains, the hosting company favored by “free speech” favorites like Parler.

But wait, get this: Epik has already dropped the tip line from its hosting platforms, too. Yes, even Parler’s hosting company of choice has decided an anonymous snitch line for Texas abortions was incompatible with its mission. The tip line no longer exists on the internet at all. Navigating to the aforementioned URL now leads straight to the Texas Right to Life homepage instead.

GoDaddy didn’t just scrape all traces of the tip line out of the blue. The company gave Texas Right to Life 24 hours’ notice before eventually shutting the site down on Friday, September 3. That’s likely how the group had the site ready to go on Epik so quickly.

The tip line — which promoted itself as a method to “help enforce the Texas Heartbeat Act” — went directly against GoDaddy’s terms of service. The company confirmed to NPR that the tip line violated in particular its terms on “collecting personally identifiable information about someone without the person’s consent.” The tip line asked users to fill in a person’s name, address, phone number, email, occupation, and employer — so, yes, lots of personally identifiable information, stopping just short of requesting a debit card or social security number.

At the time, Texas Right to Life said in a statement that it is “not afraid of the mob.”

Not even Epik wants this mess —

The Texas Right to Life set up this tip line as a way of purportedly enforcing S.B. 8, Texas’ incredibly restrictive new law that forbids abortion after six weeks (a timeframe in which most people do not even realize they’re pregnant). To make matters even messier, S.B. 8 is meant to be enforced almost entirely by the public.

The potential for this reporting power to be abused is obvious and high. In the short time the tip line was available for use, it was overwhelmed by fake tips generated by creative developers and social media users meant to make the site useless.

Even Epik — a company well-known for its hosting of problematic websites — didn’t want to touch the anti-abortion tip line.