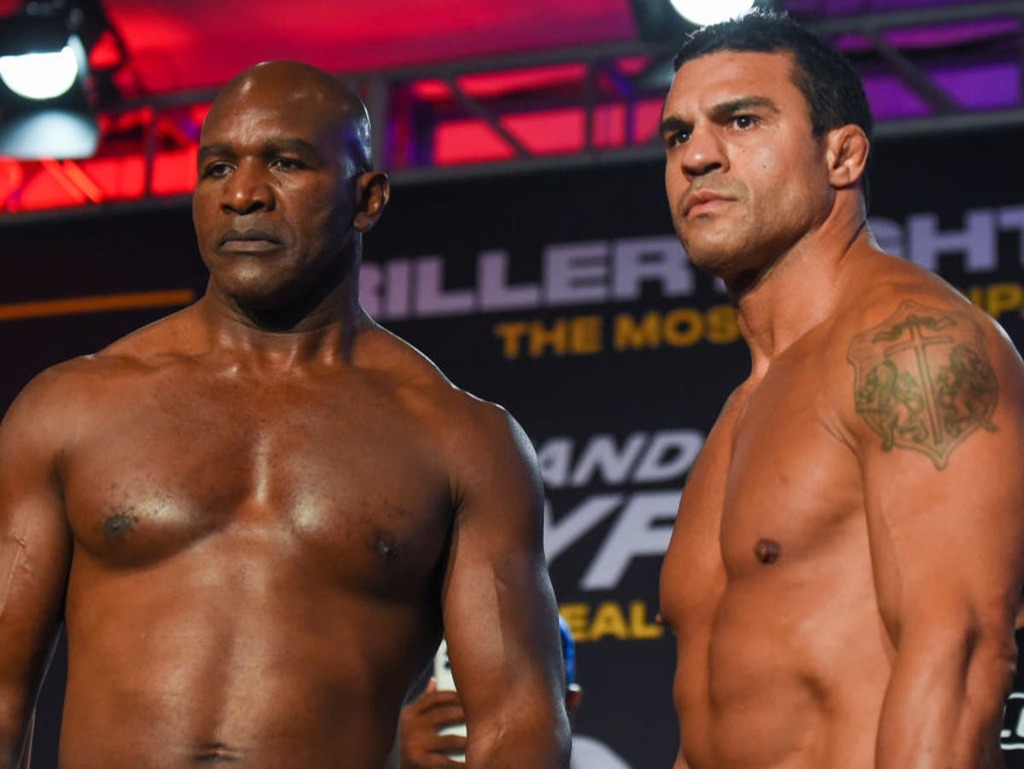 Relive all the action from a bizarre night of boxing as Evander Holyfield returned to the ring at 58 years old in a heavyweight exhibition bout against former UFC champion Vitor Belfort.

‘The Real Deal’, one of boxing’s all-time greats, retired a decade ago but was lured back through the ropes as a late replacement for Oscar De La Hoya. Many had questioned if the fight should be allowed to go ahead, with the California State Athletic Commission refusing to sanction the bout, however, a late change of venue to Florida meant it proceeded regardless of those concerns. Adding further to the strange spectacle, Donald Trump provided commentary on the broadcast.

Belfort, who amassed a 26-14 record in a decorated MMA career, had promised to savour the occasion. “Minute by minute, second by second. Just focus on what I control, that’s all I do. Be able to enjoy every moment,” he said ahead of the bout. “Boxing is a passion of mine for a long time and I’ve been applying it in a different field. Now I’ll be able to enjoy it against one of the greatest in the world so I couldn’t ask for a better opponent.” Relive all the action live below: